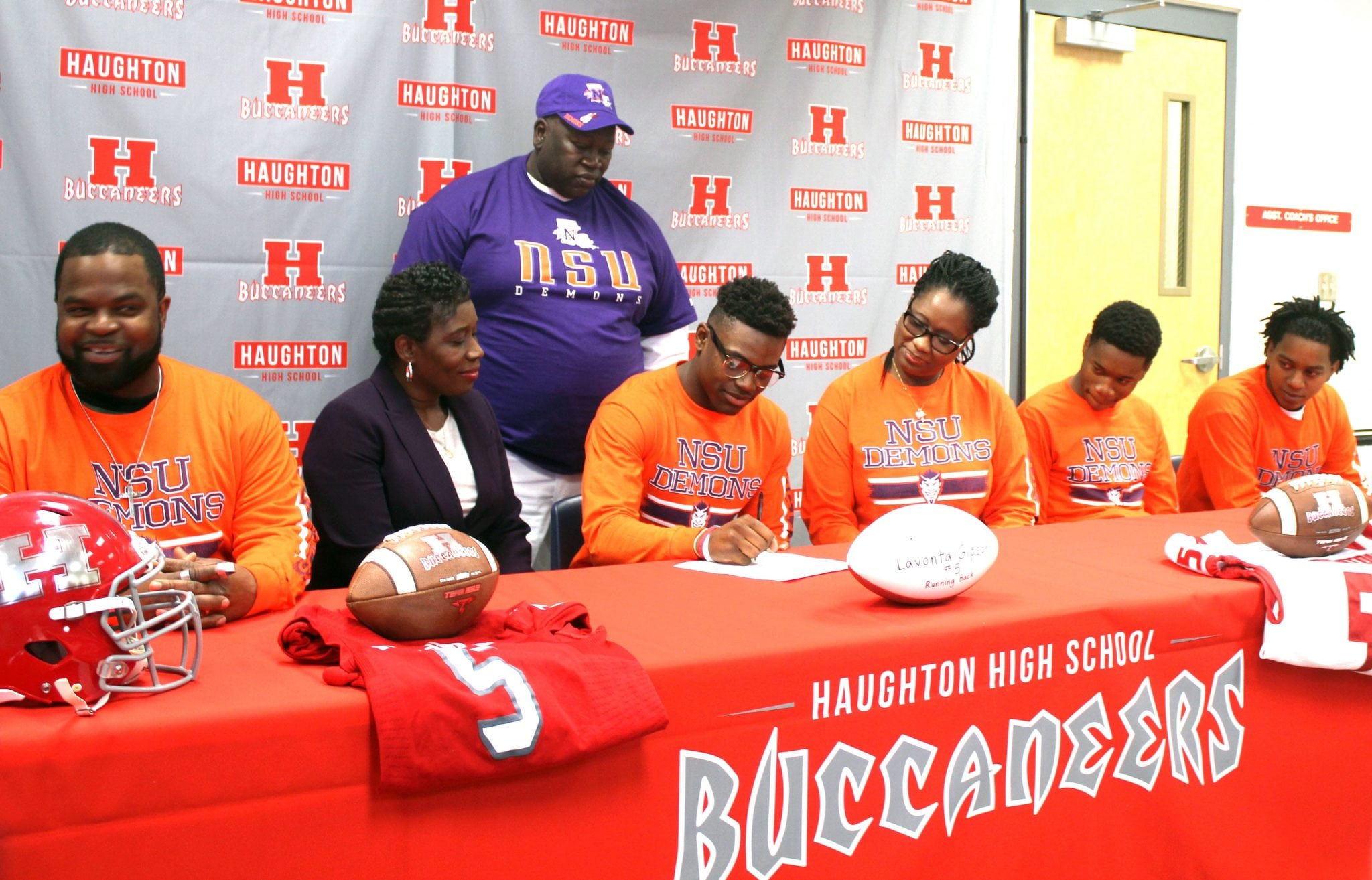 Parkway running back and receiver Kendall Brown signed with Boise State. But he will attend Bayou Prep Academy, a postgraduate program in Baton Rouge, before heading to Boise State.

Gipson and McGee were both first-team All-Parish selections last season.

Gipson rushed for 1,037 yards on 167 carries and scored 16 touchdowns in the regular season for a Haughton team that went 7-4. The Bucs broke long victory droughts against Parkway and Byrd.

McGee, who missed most of the 2016 season with a knee injury, led Bossier Parish in receptions in the regular season with 57 for 596 yards.

He helped the Vikings finish 9-4 and reach the quarterfinals of the Class 5A playoffs.