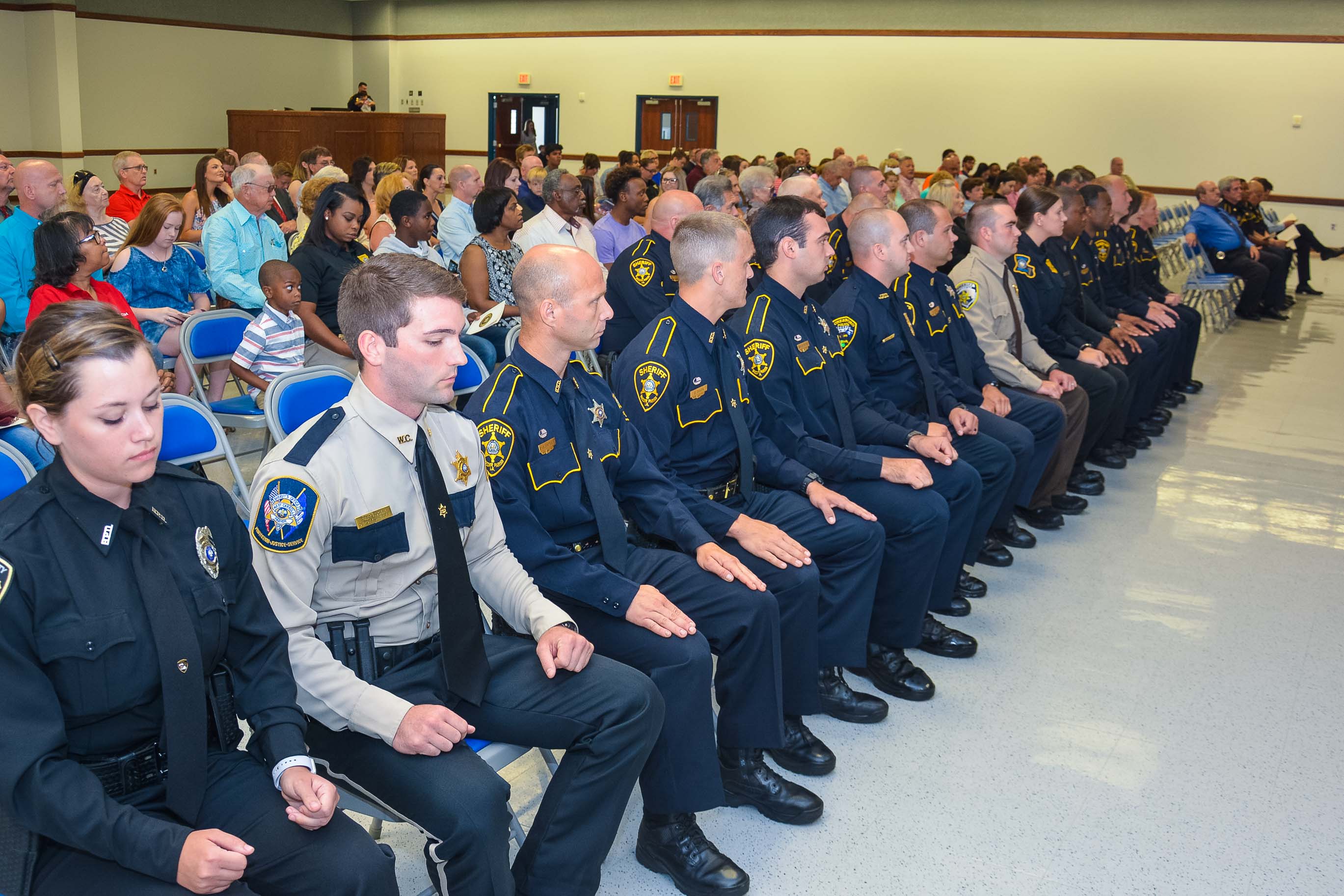 The recruits from Class 018 officially became certified P.O.S.T. (Peace Officer Standards and Training) law enforcement officers and will report to their respective agencies for follow-on training and work assignments, some as soon as this weekend.

The guest speaker for this year’s ceremony was Dan Cain, Professor of Criminal Justice at Bossier Parish Community College.

The graduating class of BPSTA Class 018 is:

The academy held its first graduation in 2008, and more than 350 recruits have been trained to become POST-certified law enforcement officers over the past ten years at the Bossier Parish academy.  The next academy class will begin this July.

You can see a gallery of the graduation below: