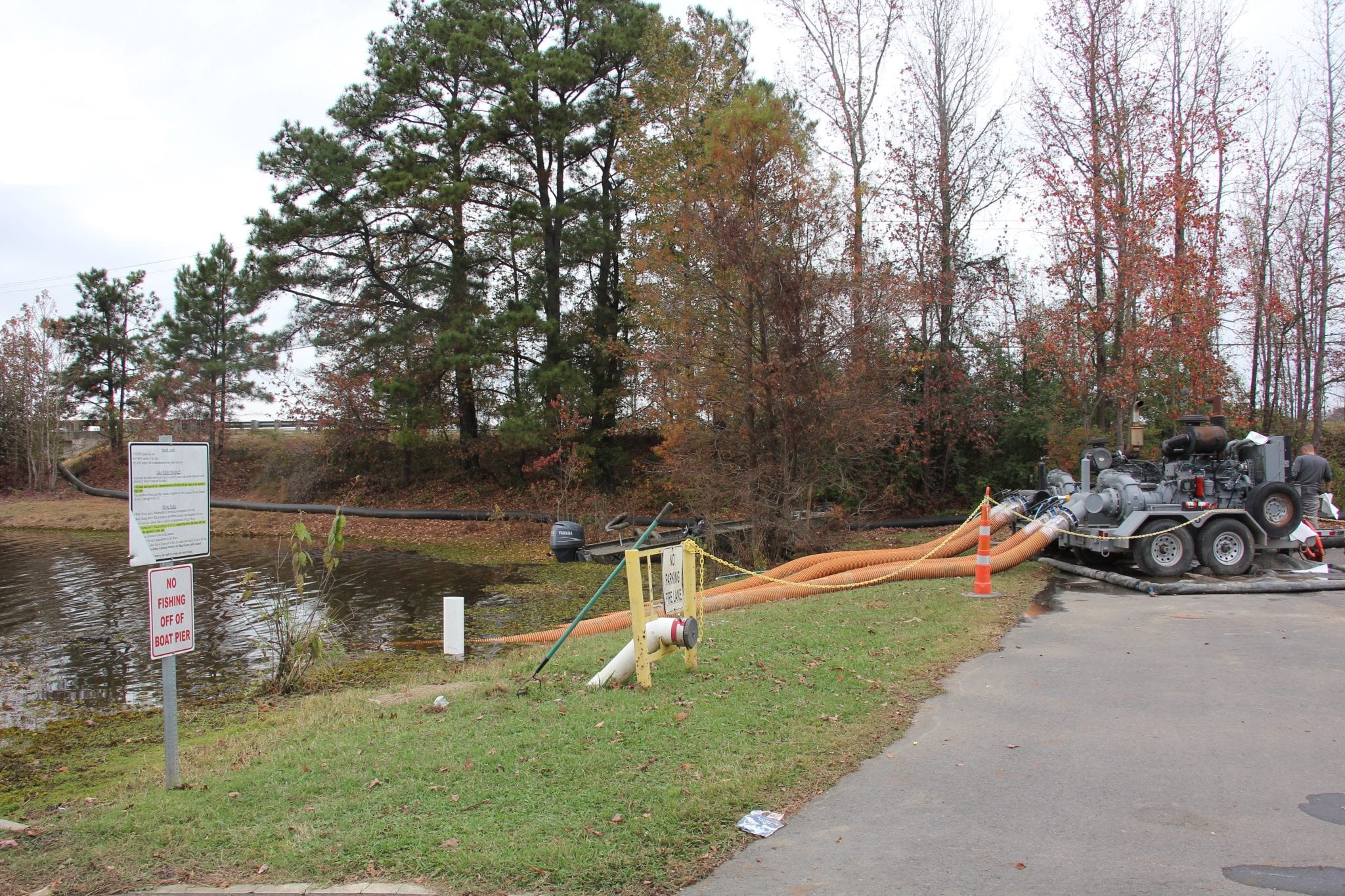 Fracking has started on the north end of Cypress Lake in Bossier Parish, with water provided by the same. According to Cypress-Black Bayou Executive Directory Robert Berry, the Cypress-Black Bayou recreation area has never sold water for oil and gas drilling before.

“Were doing what the lakes were created to do. Not only that, we have to start supporting our oil and gas industry,” said Berry.

An agreement was signed in October 2019 between a company out of Bossier City called Hydroline and the Cypress-Black Bayou Recreation and Water Conservation District.

The contract between Cypress-Black Bayou and Hydroline states that if the water level in the lake was to drop two feet below pool stage, if they were in the middle of a fracking job, they would be allowed to complete the job. But then would have to stop pulling water until the levels were back to pool stage.

“We strategically tried to plan all of this out to where we were doing it in the fall and winter time — to where we have rainfall coming in to replenish the lake levels. We have guidelines in place to when we get to a certain level, we would not shut them off during the frack. But after that frack we would shut it off until we got the lake levels back to where were comfortable,” Berry said.

“With the rain that we have coming in, I don’t think you’re going to see a difference in the level of the lake in any shape, form or fashion,” he added.

Berry did note that the fracking well location site is being monitored by surveillance cameras that are directly linked to the Sheriff’s office.

“We’re not going to take any type of threats or harassment from anybody,” he said. “We have PTC cameras that are being monitored by the sheriff’s department. And we are installing LPR [License Plate Recognition]. Anyone coming into that site, their license plate is being recorded and goes straight back to the sheriff’s department. We take all of that very seriously,” said Berry.

Fracking on this well is expected to last two- to two-and-a-half weeks.