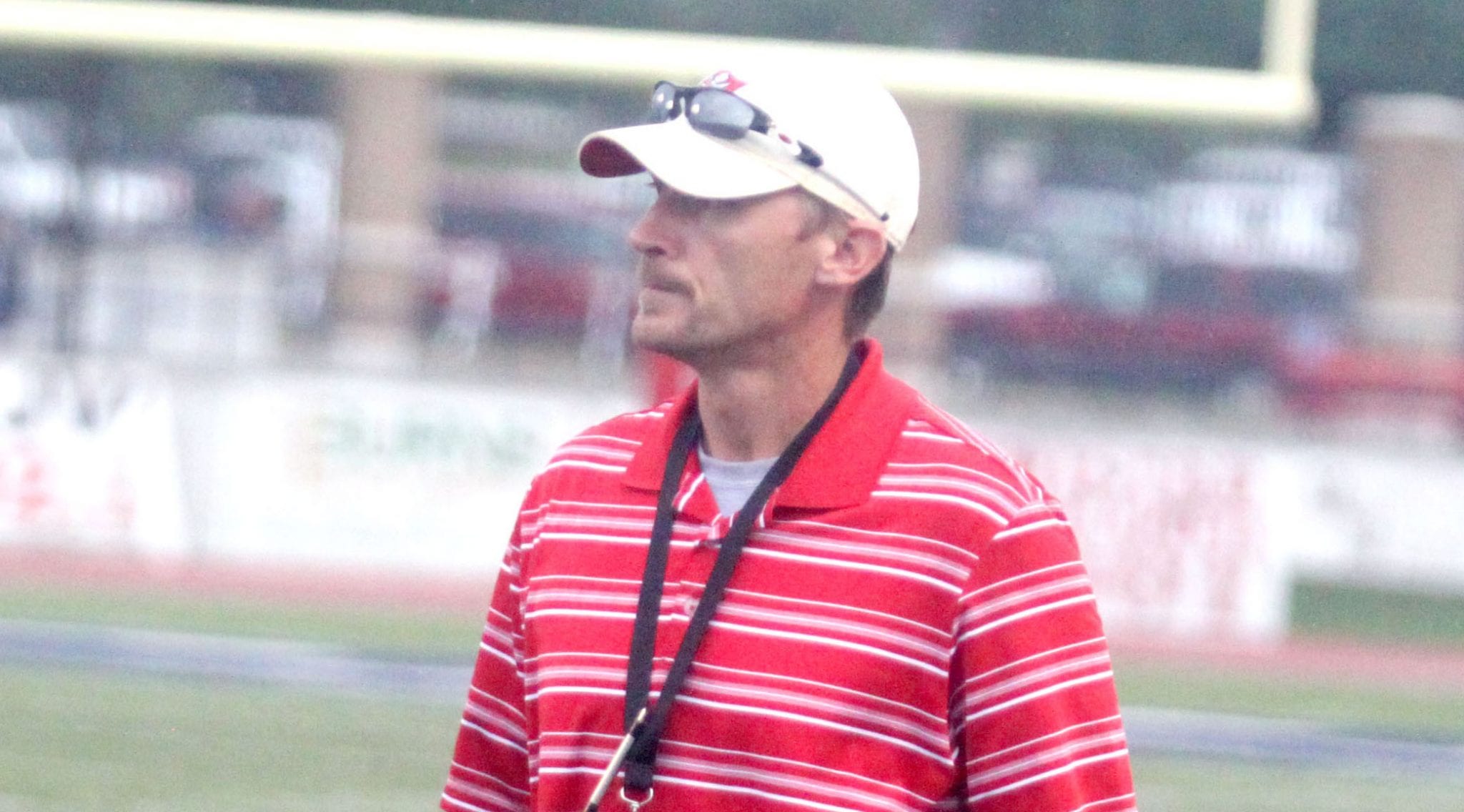 Haughton head coach Jason Brotherton wants to make one thing clear. Friday’s season opener against the Plain Dealing Lions at Harold E. Harlan Stadium isn’t about him.
After serving as an assistant at his alma mater for 18 years, Brotherton will lead the Bucs out on the field for the first time as head coach.
Last month, Brotherton said he hoped most of the excitement over his debut would die down some after the jamboree. But the jamboree was cancelled, so he didn’t get his wish.
While he doesn’t want the focus on him, he realizes Friday’s game isn’t like other season openers in his career.
“I’ll be excited,” he said. “It’ll be the first home game I’m in charge and I’m looking forward to that. It’s not just any other game.”
But he emphasized that it’s not necessarily because it’s his debut as head coach.
“The game’s not about me,” he said. “There are a lot of kids out there that are going to run through that tunnel with me and it’ll be their first game, too. And they’re going to be excited.”
One of those is senior quarterback Pryce Curry.
“I made the comment the other day that that I’ve waited forever for this, and he looked at me and said, ‘I have too, coach.’ ”
It’s unusual for a Class 5A team to play a Class 1A team. Haughton added the Lions to the schedule when Brotherton’s brother, Coy, was still the head coach at Plain Dealing.
Coy Brotherton is now an assistant at Captain Shreve, and last year’s game marked the debut of head coach James Thurman.
The Lions got the Bucs attention quickly, marching 80 yards for a touchdown on their first series. But Haughton scored five unanswered touchdowns in the first half and rolled to a 42-16 victory.
Brotherton knows the Bucs are heavily favored. Haughton will outnumber Plain Dealing at least 3-1 in terms of number of players.
But he doesn’t expect his team to be overconfident. Brotherton came away impressed with the Lions after last year’s game.
“They do a good job with what they have.” he said. “In the end, they’re at a big disadvantage (numbers-wise).”
One of the most impressive Lions last season was 6-foot-3 wide receiver Keldrick Carper. The Texas A&M signee caught nine passes for 93 yards and a touchdown on the opening drive.
Last year, Brotherton wanted to see how Carper would perform against a 5A school, if he belonged among the elite. The answer was a decided yes.
“He definitely belonged,” Brotherton said. “He proved that against us.”
Brotherton calls Carper is the “real deal.”
“He’s probably the best player around,” he said. “ And he’s a great kid. I’ll see Keldrick at a track meet and he’ll jog across the field to shake my hand. You don’t find that much in high school kids.”
Plain Dealing returns several other players who played in last year’s game. Junior quarterback Matt Sullivan passed for 216 yards, although some of that came against Bucs reserves in the second half.
One thing’s for certain, Brotherton noted, the Lions will be fired up and ready to play.
“I think it’s a big game for them,” he said. “It’s an opportunity for them — and I know this from talking to my brother — games like this they get to play in front of a big crowd against one of the big schools so they treat it like a big game.”