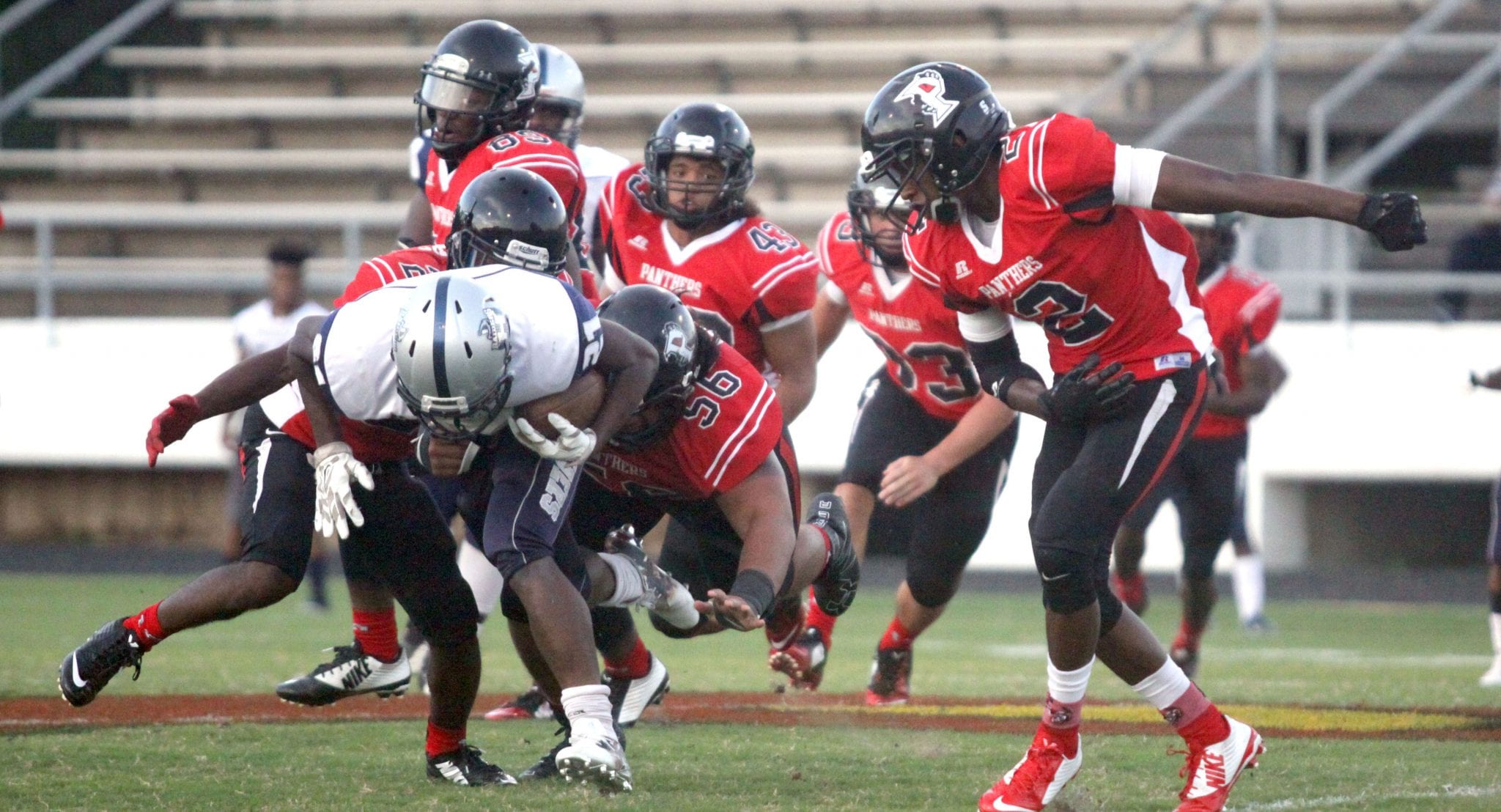 The Parkway Panthers offense gets a lot of attention. When you average 42 points per game, that tends to happen.
To say the Panthers defense plays in its shadow is an understatement. And that’s been the case for better than five seasons now.
But to reach the goals Parkway sets for itself, the defense has to do its part. And this season for the most part it has.
The Panthers improved to 7-1 with an 45-14 victory over Haughton last week. Parkway hosts Southwood (1-7) Friday.
Neil May is in his eighth season as Parkway’s defensive coordinator. The first thing he wants anyone to know about his players is that they harbor no jealousy toward their offensive counterparts. In fact, they are the offense’s biggest fans.
“When it comes to our offense getting attention, I don’t think it’s ever been a real big deal,” May said.
One reason, May said, is the closeness of the defensive coaching staff. David Feaster is the third head coach he has worked under, but during that time he’s had the same assistants — Bryan Rayner (line coach) and Eddie Pentecost (secondary).
That has helped create a consistency in what the coaches try to get across to the players. The number one thing, May said, is that no player is more important than the other.
“Defensively at Parkway, we are all about each other,” he said. “Honestly, we look at it like that throughout the whole team.”
May, who coaches the linebackers, said he’s been in a situation before coaching at another school where the defense didn’t like the offense and vice versa.
“If something wasn’t going right on the other side of the ball there was animosity and this and that,” he said. “I told myself when I came to Parkway that I’m never going to allow that to happen again.
“When we’re on offense there’s no more bigger fans out there than our defense. We’d like to think the same thing when we’re on defense.”
There is no segregation of the offense and defense on the Parkway sideline and the players are encouraged to cheer each other on.
Parkway has allowed about 24 points per game this year, but that’s deceptive. Most of the points came in a 69-54 Week 2 win over Lufkin, Texas, and a 45-8 loss Week 4 loss to Evangel.
Also, the Eagles second-team defense has allowed touchdowns against Captain Shreve and BTW.
While no player is more important than another, leaders have emerged on this year’s defense. May said everything “starts and finishes” with senior lineman Nick So’oto and senior safety Malcolm Banks.
“Those two guys have been in our defensive system for awhile and they understand our overall concepts,” May said. “They understand not only the technical concepts of our defense, they understand the unselfish parts of our defense.”
May said those two along with senior defensive ends Tony Beckwith and Cordarious Moore have helped the less experienced players become better players as the season has progressed.
The linebacking corps includes junior David Morales, junior Joey Cook, senior Stoney Butler, senior Colten Nicholas, junior Derious Bradford, junior Jaylon Hall and sophomore Caleb Reese. Senior cornerback Johnathan Jones and junior cornerback Marcus Drayden join Banks in the secondary.
May said the coaches knew before the season that the defensive line would be a strength as the linebackers settled into their roles.
“They’ve been progressing just fine,” he said. “They’re going to be great at the end of he season and on into next year.”
May said one thing that sets this group apart from some others he’s had is team speed.
“All season long we’ve been trying to figure out how to utilize their strength, which is their speed from our defensive line all the way back to the secondary,” he said. “We continue getting better every week utilizing their speed.”
Parkway’s quick-strike offense can put pressure on the defense. There often isn’t a lot of time to rest between series.
“With the style of offense (Feaster) runs and the overall concept that he runs, you better be ready on defense because we do score so fast and we score so much,” he said.
May also knows that sooner or later, Parkway will likely be involved in a high-scoring shootout.
That was the case against Lufkin in Week 2’s Battle on the Border. Lufkin rolled up 615 points total offense. But Parkway made two big third-down stops and had two interceptions.
May said he was more proud of those four stops than holding Byrd without an offensive touchdown for the second year in a row.
Inevitably, the better athletes at Parkway end up on offense for the most part, May said. That creates opportunities for players who often realize when they’re freshmen or sophomores that offense won’t be for them.
While Parkway’s offensive players, especially its quarterbacks, have put the school in the spotlight, the Panthers have had their share of defensive players earn postseason honors over the years.
“We’ve been fortunate the last several years defensively,” May said. “We’ve had some great players.”
The expectation now at Parkway is a deep playoff run, something that would only have been a dream less than 10 years ago.
The defense is always a work in progress toward that goal. May likens it to climbing a ladder.
“I draw a ladder and say, ‘All right guys, right now we’re on on about the third rung in being the best we can be defensively. By Week 7 I need you to be on that eighth or ninth run. By Week 10 I need you to be toward the top of that ladder. Then by Week 13 or 14 we need to be at the top of our game.”
If that happens, it won’t be a surprise to see the Panthers in the Superdome in December.