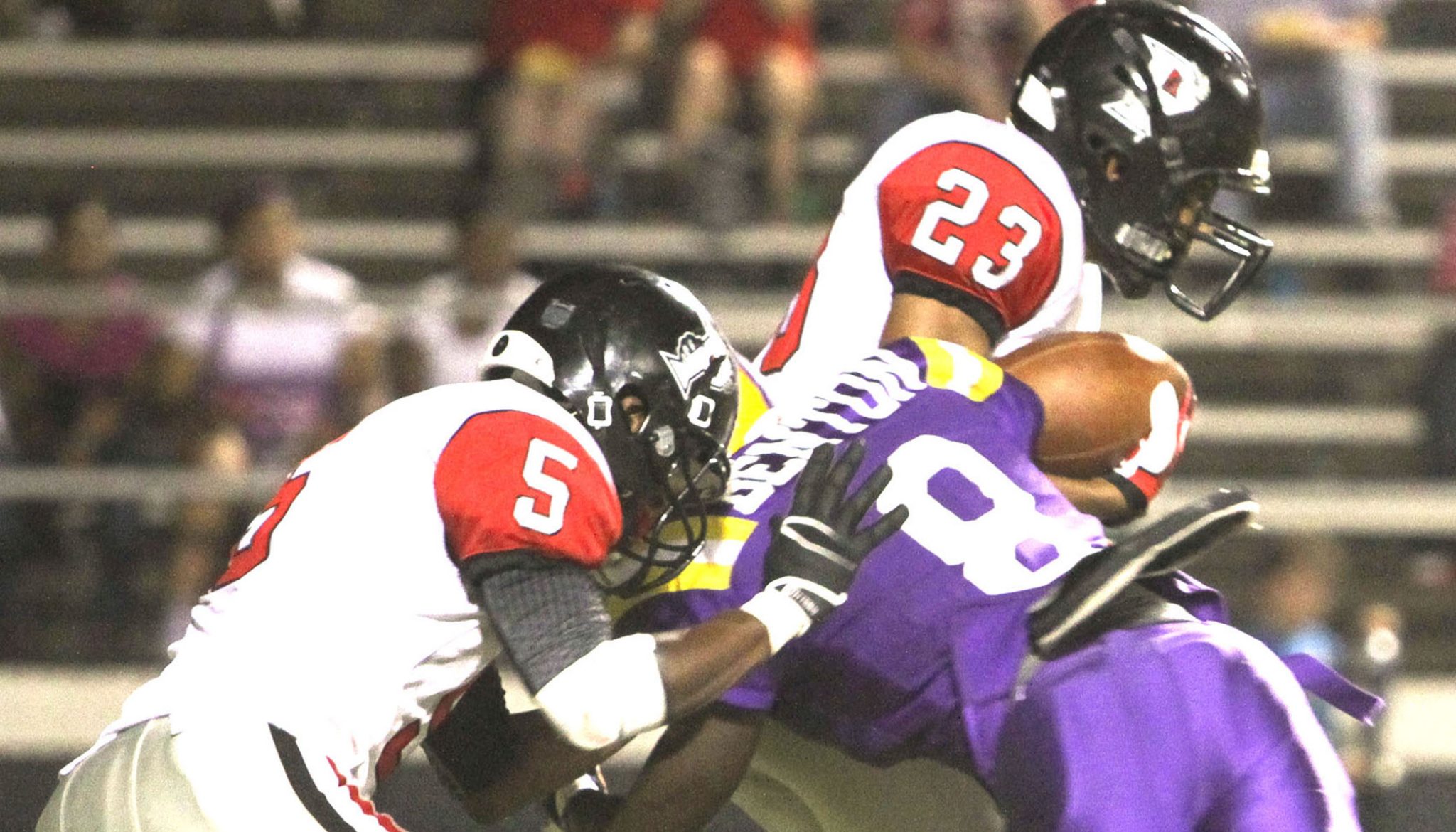 BOSSIER NOTES: Bossier fell to Louisiana New Tech at Plain Dealing 22-19 in last week’s jamboree. The Bearkats have many new faces on both sides of the ball. Bossier allowed a couple of 80-yard touchdown plays last week.

AIRLINE NOTES: Airline rallied from 11 points down to tie Haughton 25-25 in the jamboree. The game marks the debut of senior Chase Rivers at quarterback. Running back Roderick Spurlock scored a pair of touchdowns against Haughton.

PARKWAY NOTES: Parkway defeated Benton 35-7 in the jamboree last week behind some big defensive plays. Coach David Feaster thought his offense wasn’t as sharp as it will eventually be. Panthers are ranked No. 7 in Class 5A.

CALVARY NOTES: The Cavaliers are ranked No. 1 in Class 2A. Calvary defeated Union Parish (formerly Farmerville 10-7) in its jamboree. Andreaz Williams scored the Cavs’ lone TD when he scooped a fumbled punt by a teammate.

HAUGHTON NOTES: Haughton tied Airline 25-25 in the jamboree. The Bucs will look to cut down on penalties. New Haughton QB Will Haines ran for one TD and passed for another against Airline.

WOODLAWN NOTES: Woodlawn returns 15 starters from last year’s team that shared the 1-4A title with Northwood. The Knights have a new coach in Jerwin Williams. Returning wide receiver/safety Donovan Wilson was the 1-4A defensive MVP last season.

BENTON NOTES: Benton fell to Parkway 35-7 in the jamboree but hung with the Panthers early. Jordan Shaffer threw 33 passes against Parkway, completing 20 for 183 yards. The Tigers will look to cut down on turnovers tonight.

STERLINGTON NOTES: The Panthers are coming off a 6-6 season. Sterlington has a new head coach in Jason Thompson. The Panthers defeated Oak Grove 15-14 in its jamboree.

LA. NEW TECH NOTES: The Lions defeated Bossier 22-19 in the jamboree behind some big plays. Grambling commitment Tray Harris caught an 80-yard pass and Isaac Jacobs returned a kickoff 80 yards for a touchdown.

GREEN OAKS NOTES: Green Oaks defeated North Caddo 21-8 in its jamboree. The Giants have a new coach in Corey Lewing. Former head coach Spencer Heard is now the head coach at Minden. The Giants, a member of District 1-3A, finished 4-6 last season.