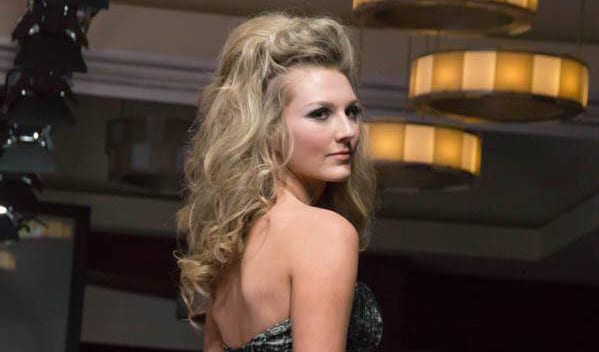 Mackenzie Hinderberger has walked her way from the halls of Parkway High School straight onto the runway in New York City.

Mackenzie was chosen to represent designers in New York’s prestigious Fashion Week last month. It was an opportunity that she said put her foot in the door of the fashion industry in a big way.

It all started when she a casting call on Facebook for a designer in need of models. After submitting photos and body measurements, she got a definite ‘yes’ from designer Luis Machicao.

Mackenzie and her family packed their bags, hopped on a plane and were off to the Big Apple. She met with a modeling agency, spent two days in fittings and auditioned for other casting calls. One thing she learned is that fashion designers are particular about the type of models they use. 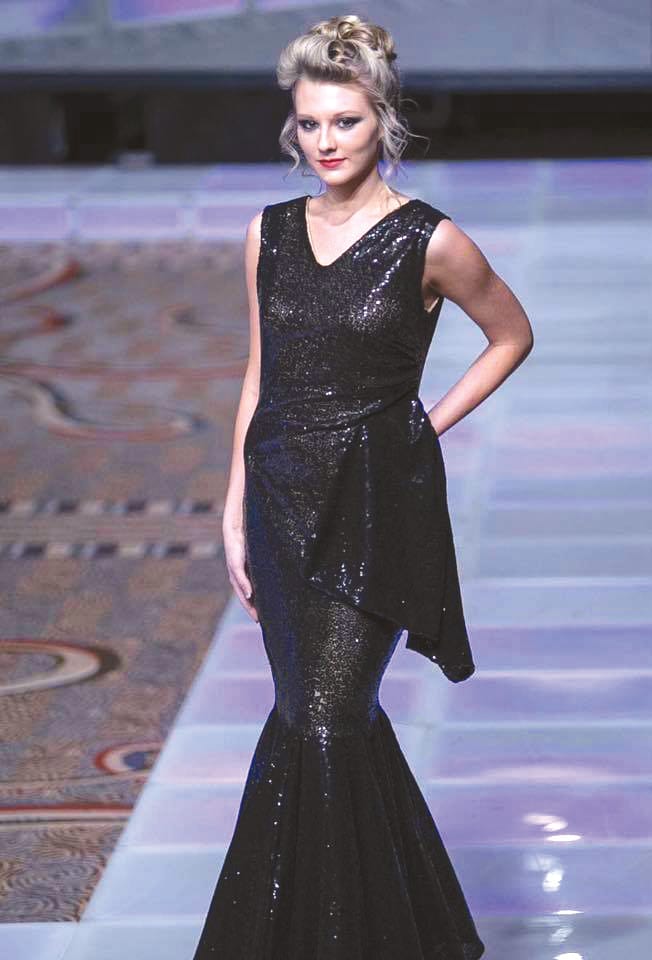 “They literally make you stand in a line and they come by and look at you,” Mackenzie explained. “These designers know what they want and the body type they want for their clothes. You have to have thick skin because they aren’t nice about it if you don’t fit their mold.”

Fortunately, she met the criteria for several shows. She was picked to walk in three, but only walked in two shows. On the day of the shows, she spent hours in hair and makeup, donned elaborate clothes and marched down the catwalk.

This was the first time she’s ever done a runway show.

“I was living out my dream,” Mackenzie said. “It was incredible. Seeing the audience and hundreds of cameras flashing…the hardest part was not smiling and being serious.”

Before taking the stage, she had to learn the proper way to walk. Fortunately, she got some advice from the other models.

“You have to lean back, cross your feet over when you walk and walk slow,” Mackenzie said, explaining how she walked.

Jana Hinderberger, Mackenzie’s mom, said it was surreal to see her daughter walking the runway at such a huge event.

When she wasn’t strutting down the runway, Mackenzie and her family took in the sights and sounds of New York City. They visited the 9/11 Memorial Museum, Empire State Building, Grand Central Station, and Trump Tower.

The fast-pace of city living is where Mackenzie one day wants to be.

“I absolutely want to live there,” she laughed. “I’ve been trying to figure out a way to move up there.”

Next stop, though, is college. Mackenzie, a senior at Parkway High School, plans to attend the University of Arkansas to pursue a degree in elementary education. She also wants to continue her modeling career.

“I want to do print and commercial modeling,” Mackenzie explained. “I’m not super picky about who I want to work for. I’m just ready to get up there. This just got my foot in the door.”