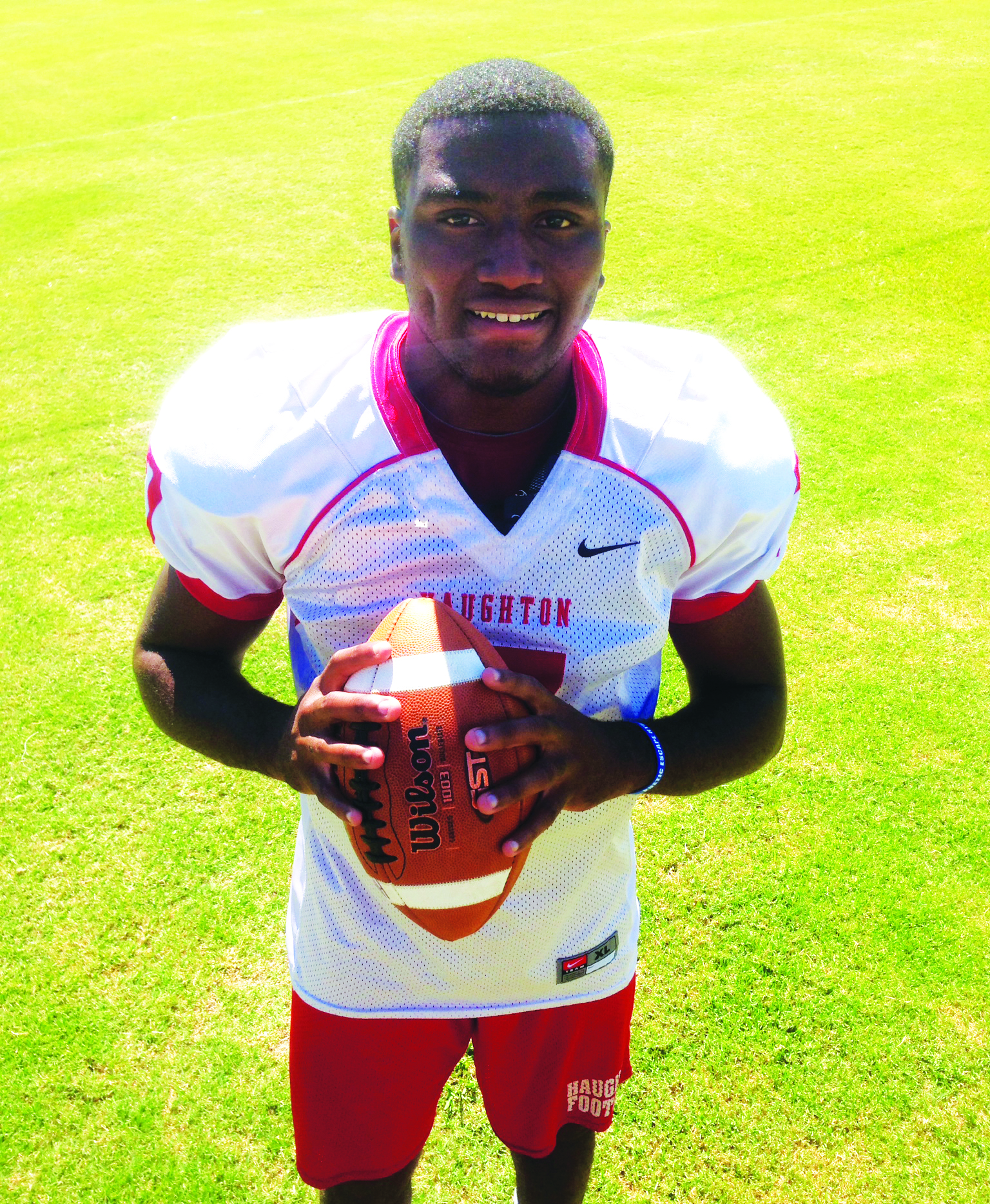 Will Haines has come a long way since last fall.

Then, he was a seldom-used understudy to senior quarterback James David Almond and only saw action in mop-up duty where the outcome of the game had already been decided. Today, he is Haughton’s starting junior quarterback, carving out his own niche in Buccaneer football lore.

Coach Rodney Guin has seen firsthand Haines’ transformation, not only in his physical skills but in his leadership and mental skills. Haines showed promise during Spring practice but his real baptism under fire came in the Lions Club Jamboree playing against Airline High School, a game that ended in a tie on the scoreboard but was important in Haines’ development as a player.

“His decision-making has gotten a lot better,” Guin said. “That comes from playing. The jamboree was important to any player. It was big because it came against a good team. It helped him get started.”

So far this season, Haines has completed 37 of 57 passes for 636 yards and nine touchdowns and has been intercepted three times. He has also rushed 24 times for 174 yards, an average of 7.3 yards per carry, while scoring an additional three touchdowns.

“He runs and throws, he’s a dual threat guy,” Guin said. “It helps when we have someone able to run and throw.”

Haines said the biggest change he has seen since the start of Spring practice has been working to improve his passing game. Not surprisingly, his favorite play so far this year was his first touchdown pass, against Airline in the jamboree. Haughton had built a seemingly comfortable 17-7 halftime lead, but the Vikings stormed back in the second half and took their first lead, 22-17, with about three minutes remaining. Haines then hit a wide-open P.J. Douglas on Haughton’s first play after the Airline kickoff, and then connected with Douglas for a 2-point conversion for a 25-22 Haughton lead. Although the Vikings kicked a field goal to tie in the final seconds, Haines said the touchdown pass was a confidence builder.

A 5-11 junior who weighs 190 lbs., he is the son of Virginia and William Haines. He started playing football while in the third grade but his best years of playing would seem o be ahead of him.

Haines has participated to two Northwestern State University camps and a University of Louisiana Lafayette camp this past summer.

“I really enjoy playing for Haughton and playing for my brothers out there,” Haines said.

He has had an opportunity to learn from a pair of Haughton’s best former quarterbacks, Dak Prescott who now quarterbacks Mississippi State University, and Almond who is a freshman quarterback at Northwestern State.

Early success as a starting quarterback can go to some people’s head, but Haines said that won’t happen to him because of his mother’s vigilance.

“She humbles me if I get too big-headed,” Haines said. “She brings me back down to Earth.”

With the rest of this season and next year ahead of him, Haines hopes to improve his stock and play collegiately while earning a degree in physical therapy.

“You couldn’t ask for a better kid to be a leader on the team,” Guin said.