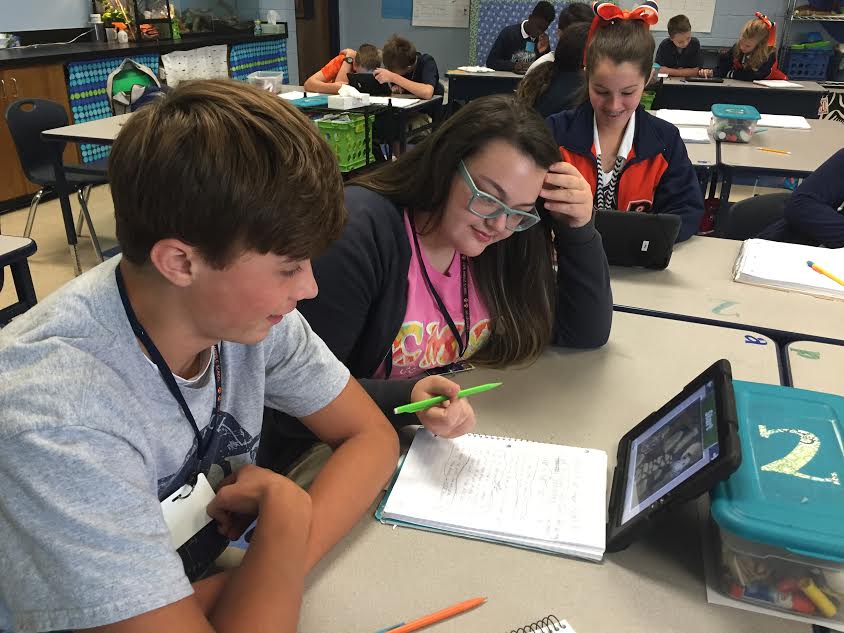 Airline High School and the Airline Cross Country team donated shoes to be given to members of the community.  They collected and passed out shoes to the homeless on Saturday.

COPE MS
John Michael Guyton and Madi Kavanaugh work together to create an animated cartoon on an iPad describing photosynthesis and respiration.