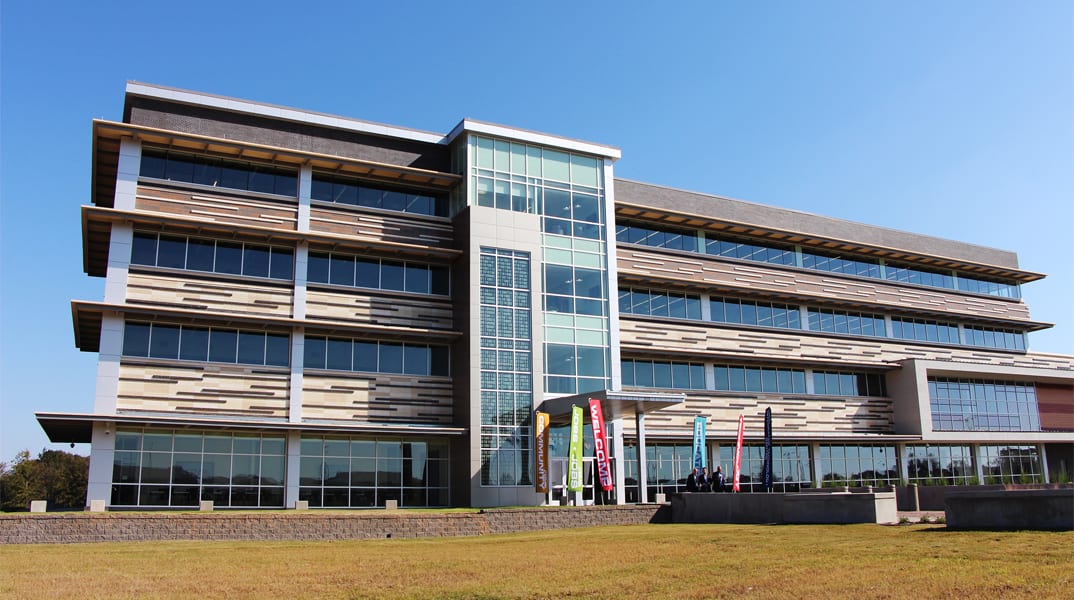 IEDC is the largest membership organization for economic developers in the world. The honor was presented at an awards ceremony on Tuesday, Oct. 2, during the IEDC Annual Conference in Atlanta, Ga.

This IEDC Award recognized the six partners in the category of Partnerships with Educational Institutions for populations between 200,000 – 500,000. The Partnership Award honors excellence in economic development through meaningful linkages with postsecondary education. NLEP submitted the project on behalf of its higher education and economic development partners.

“North Louisiana’s 11 colleges and universities represent one of our region’s most significant assets, and this IEDC Award validates the importance of partnerships with our higher education institutions,” said Scott Martinez, NLEP President. “The collaboration between General Dynamics Information Technology, the three high education partners and economic development organizations is an excellent example of the impact from partnerships.”

Louisiana Tech, NSU and BPCC partnered with GDIT to expand the IT talent pipeline coming out of the three schools. Funded by a higher education initiative from LED and supported by NLEP, the program allowed GDIT to ramp up its workforce to 1,000 employees.  In fact, 30 percent of GDIT’s workforce are veterans ̶  many exiting active duty from Barksdale Air Force Base in Bossier, LA.

“Louisiana committed to a 10-year, $14.5 million initiative with area colleges, and that commitment made it possible to recruit, train and deliver a critical workforce pipeline to General Dynamics Information Technology. In just over four years since the project was announced, our STEM emphasis has allowed GDIT to establish its workforce in Northwest Louisiana,” LED Secretary Don Pierson said. “We are also pleased that many military veterans exiting service from Barksdale Air Force Base and Fort Polk have found great job opportunities with GDIT.”

The collaboration with GDIT demonstrates how partnerships can transform a region’s economy. A driving force behind the rapid growth of North Louisiana’s Cyber Corridor is the expansion of the area’s IT-skilled workforce, in part fostered by our high education institutions’ push to dramatically expand their enrollment and graduation of computer-related majors.

“We are delighted to be recognized in this way by the IEDC. What makes this award special is that it recognizes the value of partnerships,” said Dr. Rick Bateman, chancellor of Bossier Parish Community College. “To be clear, no one of us could have achieved the outstanding economic development results on our own. Partnerships matter, and we are grateful for the opportunity to work with world class partners in Louisiana Economic Development, General Dynamics Information Technology, Louisiana Tech University, and Northwestern State University.”

The GDIT partnership has been mutually beneficial for the higher education partners involved, because it has created a workforce pipeline for its graduates.  The state funding allowed the schools to hire faculty and staff, created student scholarships, supported student recruitment efforts and faculty development.  Input from GDIT also ensured university curriculum met industry needs.