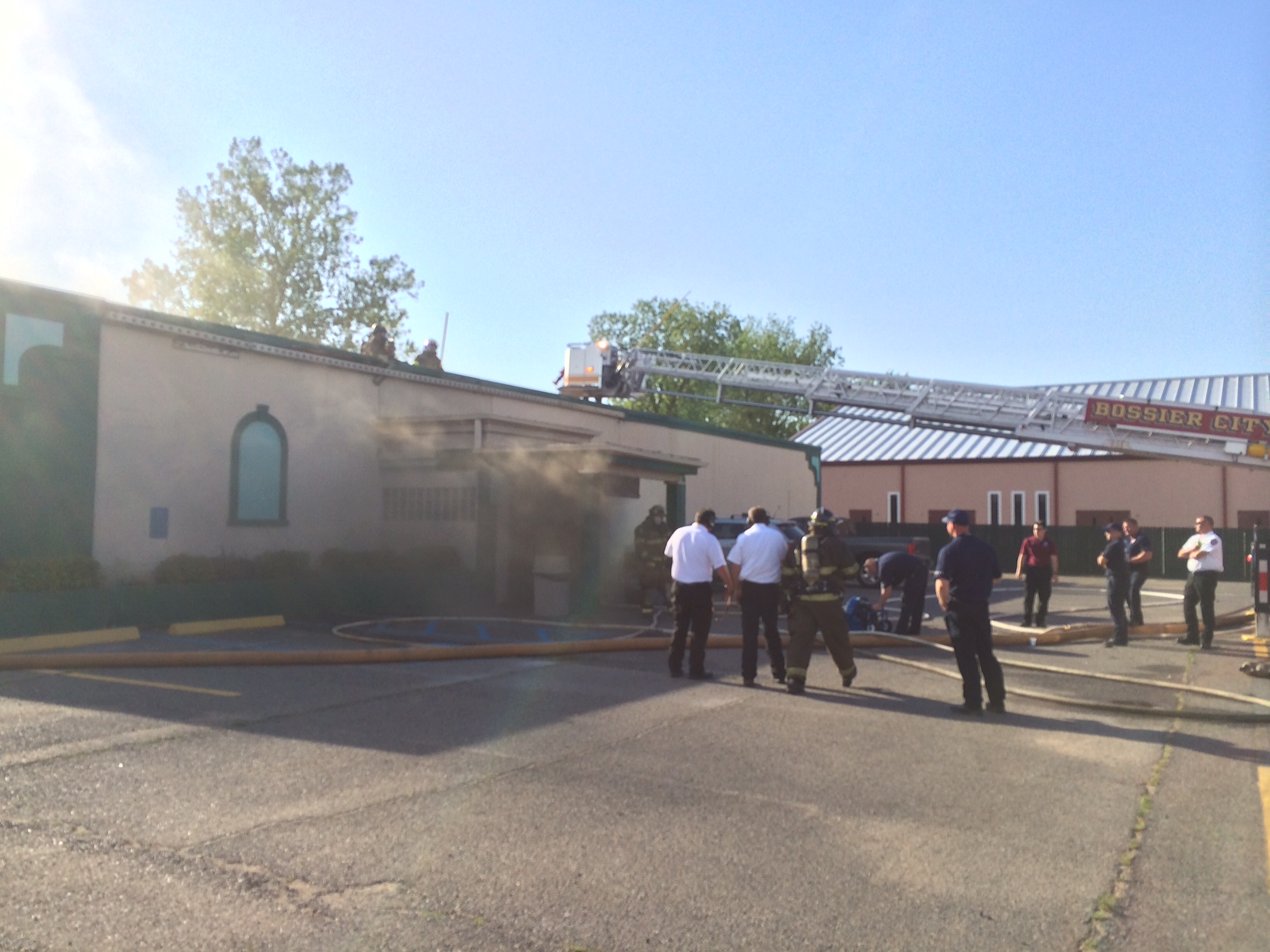 The Bossier City Fire Department responded to a structure fire Thursday evening at the Action Central lounge in the 1900 block of East Texas Street.

The call came in at approximately 5:14 p.m., the first unit arrived on scene within two minutes and found heavy smoke and flames coming from the roof of the structure.  Firefighters made entry and aggressively attacked the fire. It took crews about 25 minutes to bring the fire under control.

There were no reported injuries. Construction workers were on scene at the time of the fire. The cause of the fire remains under investigation.