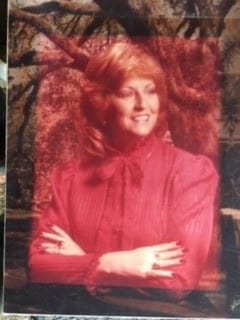 Shreveport, LA – Georgia Sue Shephard, 75, of Shreveport, went home to be with her Lord, Tuesday, May 7, 2019. Funeral Services for Mrs. Shephard will be held at 10:00 AM, Monday, May 13th, within the Chapel of Hill Crest Memorial Funeral Home, in Haughton, LA, with Kent Craft presiding. A gathering of family and friends will be the evening prior, Sunday, May 12, from 5:00 PM to 7:00 PM, hosted in the State Room of Hill Crest.

Sue enjoyed her jewelry. You could always count on her having a ring on every finger. Along with her striking beauty, flowing red hair, and infectious laugh, Sue would always, brighten the room. Many may be surprised to learn how much she enjoyed painting. But mostly, she enjoyed her family, to include her husband, children, grandchildren, and blessed–even further–with great-grandchildren.

She never shied away from Ministering for her Lord and was a devout member of the Church on the Rock.

She will be missed greatly on this earth. Yet, heaven has received another angel.