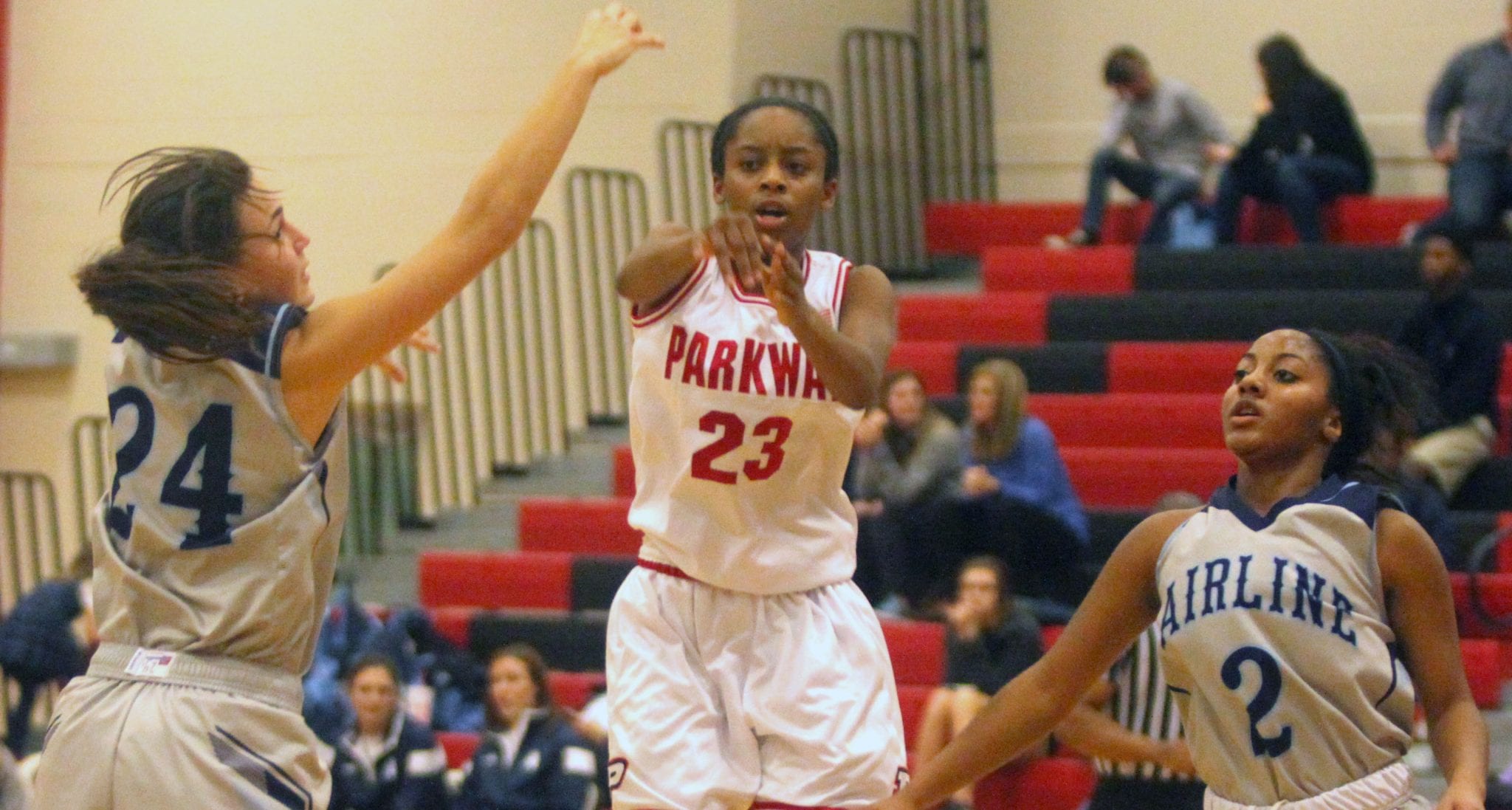 The Airline Lady Vikings used a strong second half to defeat the Parkway Lady Panthers 36-28 in District 1-5A girls basketball action Friday night at Parkway.

Elsewhere in 1-5A, Haughton fell to Byrd 44-38 at Haughton and Southwood defeated Captain Shreve 62-45.

In a non-district contest, Bossier picked up a 43-34 road victory over Lakeview.

At Parkway, the Lady Panthers led 14-12 at the half. But Airline held Parkway to just two points in the third quarter and took a 25-16 lead into the fourth.

Parkway got as close as four but Airline ended the threat with four straight points.

The Lady Bucs led 18-16 at the half, but the Lady Jackets took a three-point lead into the fourth.

Bossier improved to 13-4 with the win over Lakeview.