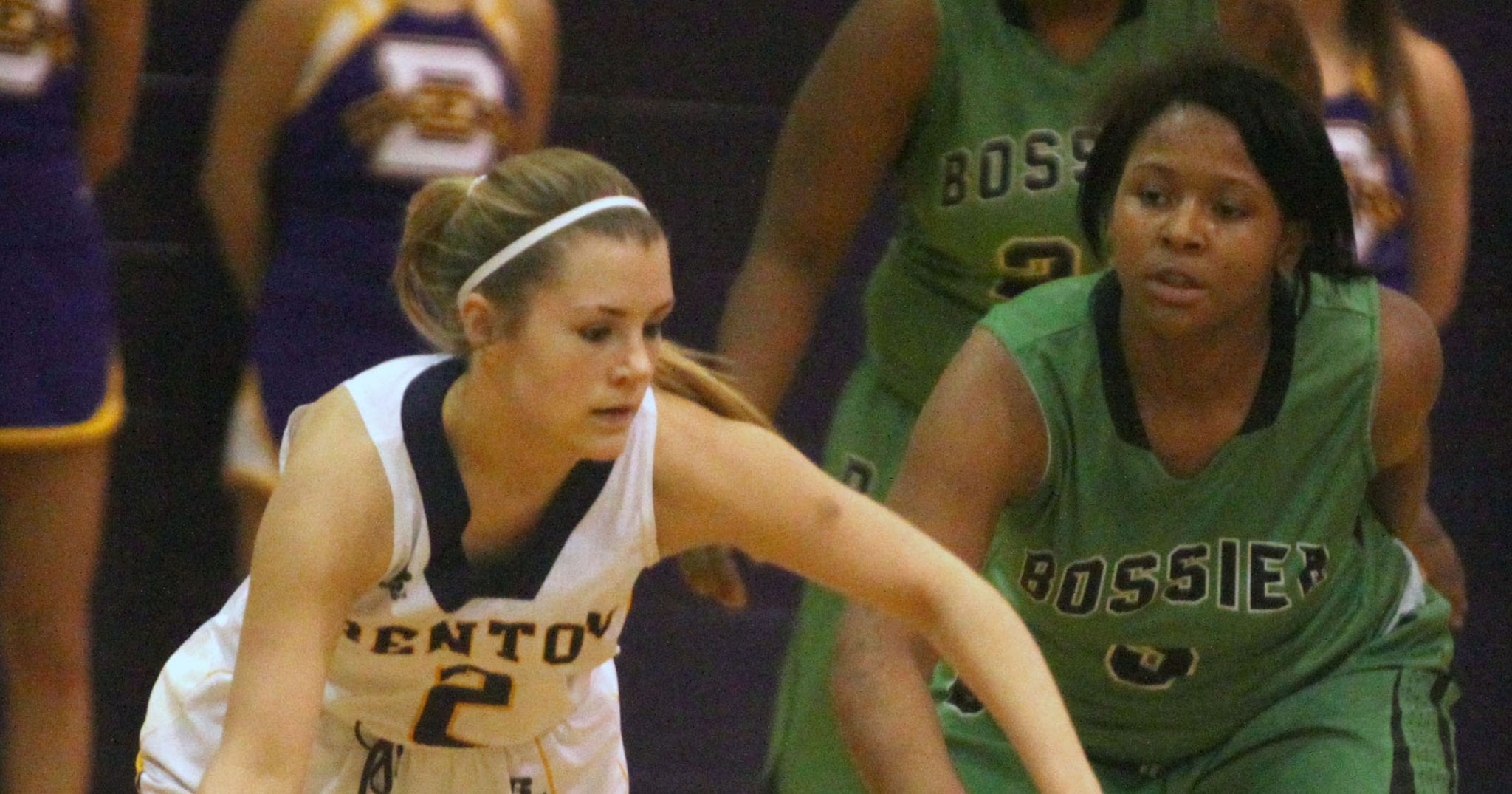 The Benton Lady Tigers held off a furious fourth-quarter rally by the Bossier Lady Kats in a key 57-55 District 1-4A victory Tuesday night at Benton.

The Lady Kats, who were down by 11 early in the fourth quarter, had a chance to send it into overtime in the final seconds but couldn’t get a shot to fall inside.

Benton improved to 23-7 overall and 7-0 in district. Bossier dropped to 18-6 and 5-2. The Lady Kats’ other district loss was to Minden in overtime.

Benton has a two-game lead over Bossier and Fair Park with three to play. The Lady Tigers can clinch a share of the championship with a victory at Fair Park Friday.

Brandy Harris led Benton with 21 points. Emily Ward, who hit a couple of clutch free throws in the final minute, scored 15. Aimee Gentry hit some big baskets on the baseline down the stretch and finished with 10. Lele Carper also sank a big free throw late.

Necka Wynn, who hit two of her four 3-pointers in the final minute, led Bossier with 20 points. Tia Walker added 10 and Chloe Walker eight, including a couple of 3-pointers. Navia Johnson scored just two points but they got Bossier within two with 16 seconds left.

Benton led most of the game, including 31-22 going into the fourth quarter. But every time it looked like the Lady Tigers were ready to put it out of reach, the Lady Kats found a way to get back in it.

In District 1-5A Tuesday, Airline downed Parkway 34-27 at Airline and Haughton edged Byrd 45-44 at Byrd.

In District 1-1A, Plain Dealing crushed Ringgold 67-10 at Ringgold.

At Ringgold, Teauna Perry and Laterrika Stewart scored 13 and 12, respectively, to lead the Lady Lions (19-6, 10-1), who remained a game behind Arcadia in the district race. Draunatika Thomas and Darmesha Noble scored 10 each.