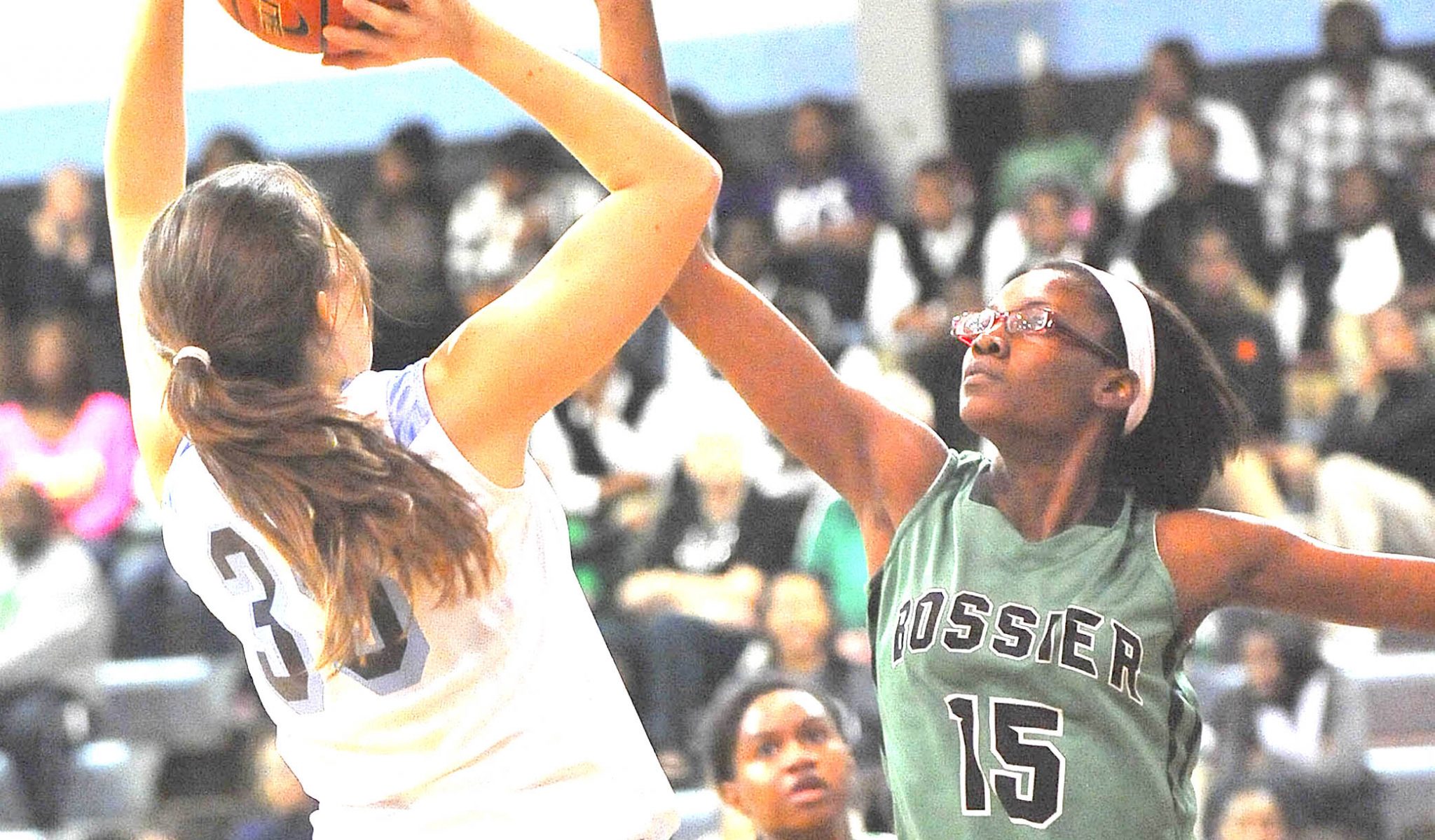 The Bossier Lady Kats and the Haughton Lady Bucs advanced in their own tournaments with victories Thursday night.

Despite missing three players because of injury and illness, Bossier notched its first win of the season, 69-60, over Booker T. Washington in the nightcap of the Lady Kats Invitational.

Haughton rolled into the semifinals of the Haughton Jack Clayton Invitational with a 42-18 victory over Northwood.

Bossier plays Mansfield at 5:30 p.m. today with the winner taking on West Monroe for the title at 7 p.m. Saturday.

The Lady Bucs (4-2) face North DeSoto at 7 tonight in the semifinals at Haughton. North DeSoto defeated Lakeside 49-35 in the first round.

The other semifinal between Ruston and Minden is also at 7 at BPCC. Ruston defeated Captain Shreve 45-15 Thursday and Minden downed Richwood 67-53.

The championship game is set for 1 p.m. Saturday at Haughton.

Lynn scored 15 points in the fourth quarter as Bossier rallied from a 23-point halftime deficit to get within seven.

The Lady Vikings hurt themselves by making just 13 of 26 free throws in the fourth quarter.

Elsewhere, Louisiana New Tech at Plain Dealing got past Logansport 39-33.