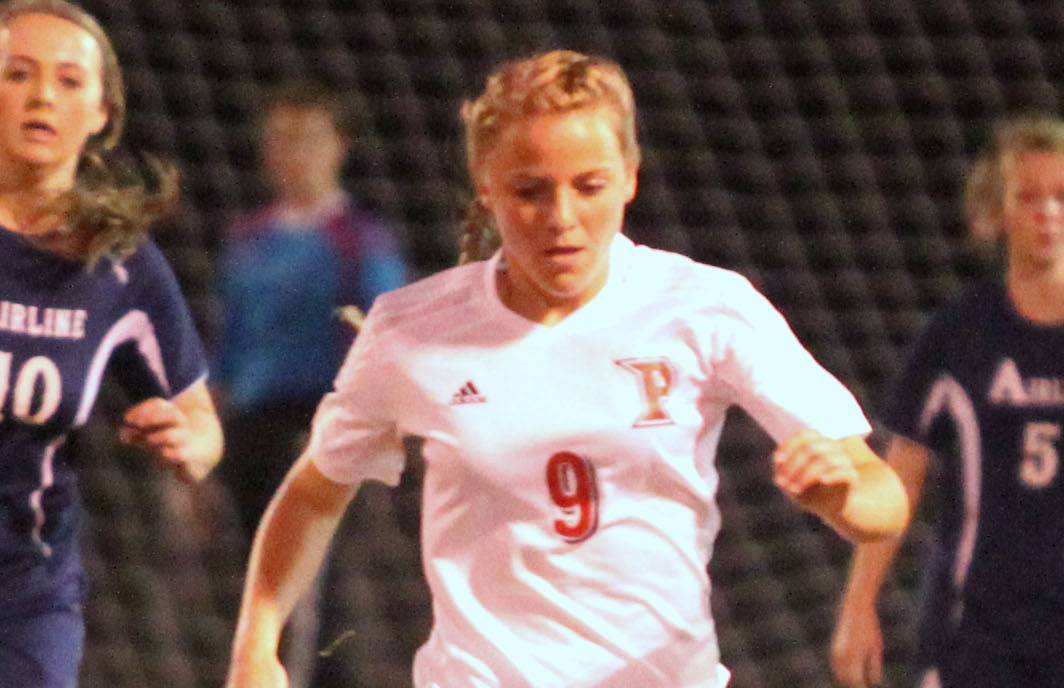 Parkway junior Sara Funderburk has been named the Offensive MVP on the All-District 1, Division I girls soccer team selected by the coaches.

Funderburk scored 24 goals and had six assists for a team that finished second in the district behind Byrd.

Kleinpeter was second on the team with 19 goals. Knight topped the Lady Panthers with eight assists.
Airline senior defender Rebecca Shumate also made the first team.

NOTE: Parkway’s Alex Mitchell was inadvertently left out of the story that appears in the Wednesday, March 11, print edition of The Press-Tribune. Mitchell’s name was on the list of honorable mention selections on the All-District 1, Division I team posted earlier on bossierpress.com