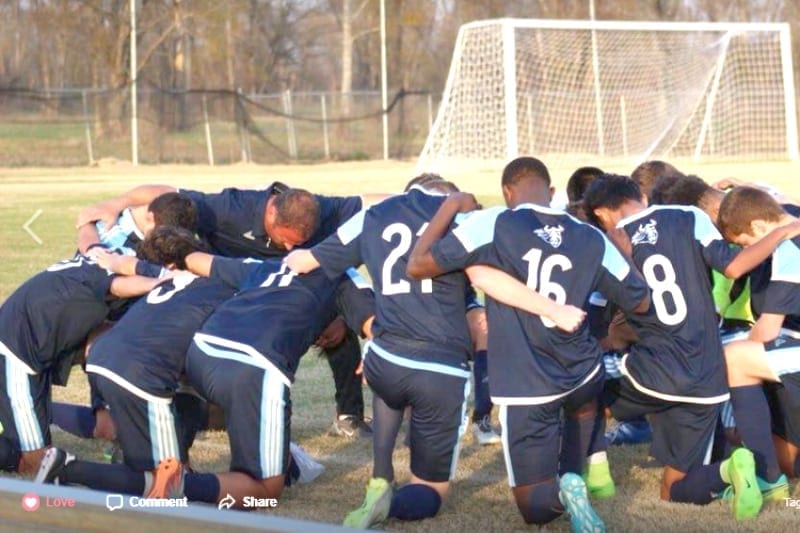 A GoFundMe account has been set up to help defray expenses for Nnamdi Nwoha, a Ruston High School soccer player who collapsed during a game against Airline in the Bossier tournament at Tinsley Park on Saturday.

The account “One Team, One Goal” was set up by Craig and Christy Edwards after several area teams contacted Craig Edwards about raising funds to help with Nwoha’s expenses.

Edwards asked the teams to fund raise as they see fit and then contribute them to the “One Team, One Goal” account.

Anyone who would like to contribute can go to www.gofundme.com/9qmpv-one-team-one-goal.

Nwoha underwent sudden cardiac arrest during the game, according to the information on the “One Team, One Goal” account.

He was revived in an ambulance en route to a local hospital but remained unresponsive. He was stabilized and moved to a pediatric ICU.

Nwoha was subsequently flown to Children’s Hospital in Dallas where he remained in critical condition on a ventilator.

He woke up on Monday and his prognosis is good. But he is expected to require some rehabilitation and follow-up care. He could also face surgery.