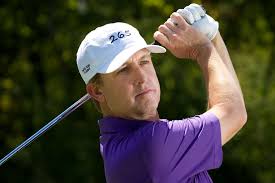 Toms won on the first hole of a playoff with Dickey Pride. Both finished the 72-hole event at 10-under par.

Toms two-putted for par after hitting his approach shot in the middle of the 18th green. Pride hit his approach into a greenside bunker and missed the par attempt by an inch.

“It was tough to play. You had to pay attention to what you were doing out there,” Toms said in an Associated Press report. “You had to hit your second shots in the right place to even have an attempt at a putt. So, I think first year, man, it went really well. It was supported by the community, fans came out, the weather was tremendous. A little bit breezy, but this time of year you’ll take this every day.”

Toms’ only other victory on the PGA TOUR Champions was the 2018 U.S. Senior Open. He won 13 PGA Tour events, including the 2001 PGA Championship.

Toms lives in Shreveport, site of his David Toms 265 Academy.