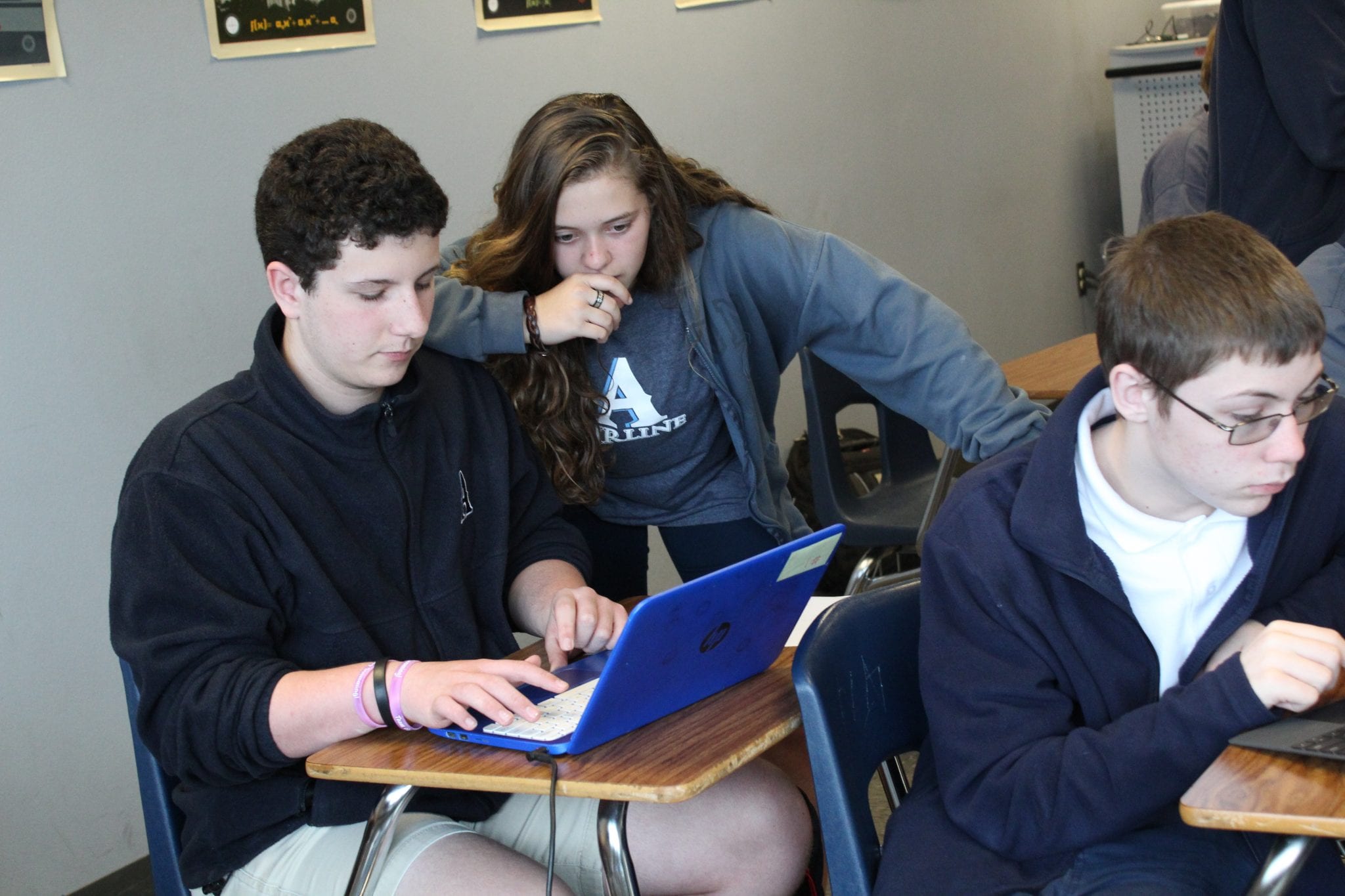 Competition was intense and the obstacles the Airline Robotics/Cyber team had to overcome were challenging. Yet at the end of the National Governors Association Cyber Competition, Billy Neill’s team of cyber sleuths excelled.

The competition, sponsored by Louisiana Governor John Bel Edwards and Arkansas Governor Asa Hutchinson and hosted by the National Integrated Cyber Education Research Center (NICERC), took place over the course of 24 hours in a virtual environment called a cyber range at each team’s school site.

“CTF (Capture the Flag) is a cybersecurity challenge designed to both test knowledge and teach cyber-related skills,” said Kevin Nolten, Director of Academic Outreach for the Cyber Innovation Center and NICERC. “The problems are broken into categories, such as reconnaissance, web exploitation, cryptography, networking and reverse engineering, with each challenge having a varying point value corresponding to the perceived difficulty.”

Airline’s two teams were among more than 312 from 27 states vying for top billing in the national competition, making their placement especially impressive. The Vikings placed 32 and 34. Nolten called Airline’s performance “amazing.”

“I’m always incredibly proud of what my students end up accomplishing,” Neill said. “These poor kids are trying to run Shell on computers with so little processing power that it would lag out for five minutes while they were writing the code, not even running it yet. They would have to pull out their phone and try to solve a Cryptography question while they waited for the computer to finally process enough to accept inputs. The personal tenacity it takes to not let that frustration take over is something inspiring.”

“Every school that participated did an outstanding job and I’m especially proud of all the Louisiana schools that took part,” said Gov. Edwards. “This competition tested the students’ creativity and knowledge within a short period of time. Hopefully, it has given them an even greater desire to pursue this field of study as they continue their education and possibly as a career.”

Cybersecurity will take center stage May 14 and 15 at a first-ever conference being hosted by the state in Shreveport-Bossier City, at which time Airline’s cyber teams will be recognized by the governor.