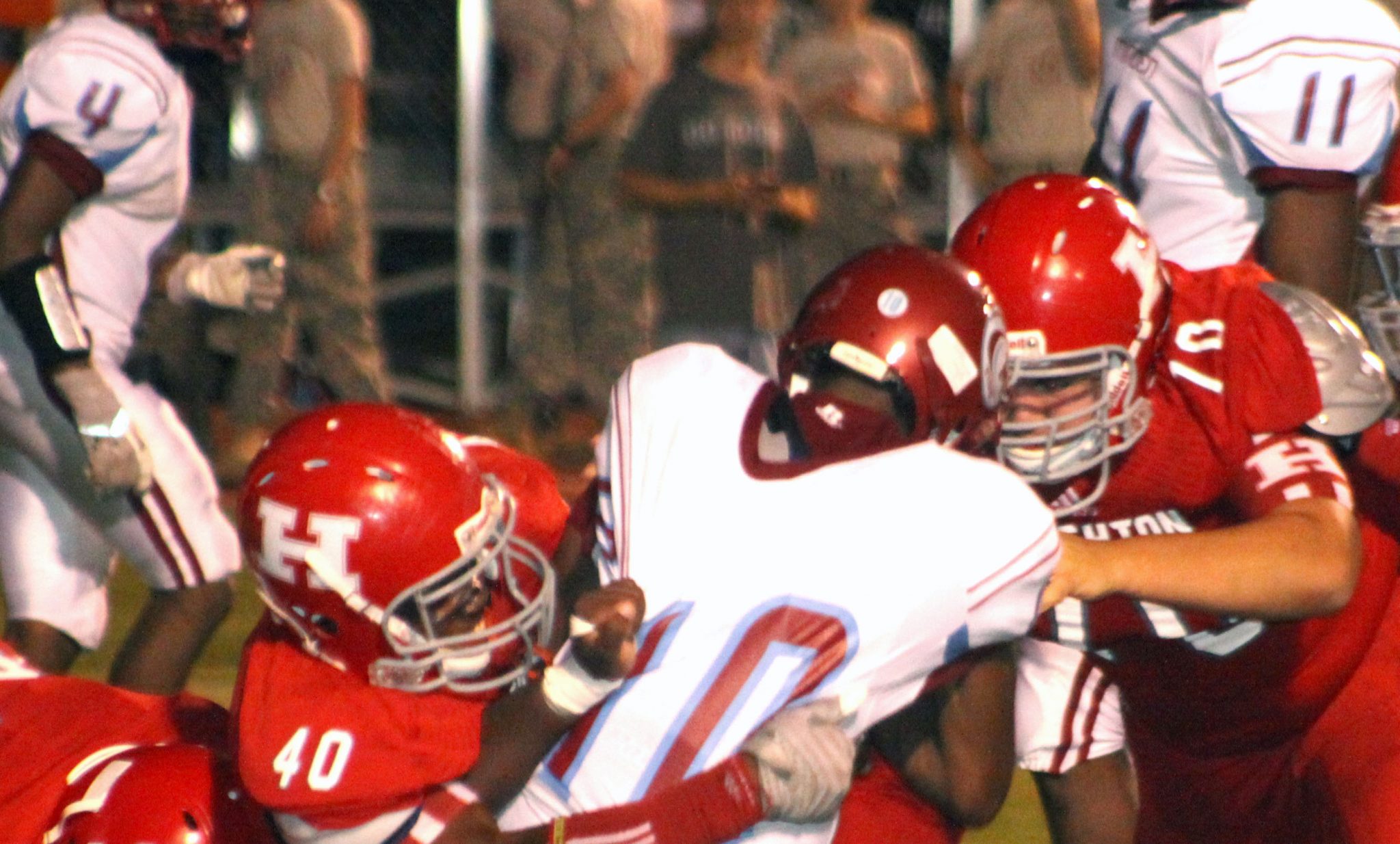 We’re three weeks into the high school football season and five Bossier Parish teams have winning records.
Haughton is the only undefeated team at 3-0. Airline, Parkway, Benton and Plain Dealing are all 2-1. Only Bossier is struggling at 0-3.
Haughton faces its first Class 5A opponent of the season Friday. The Bucs travel to Ruston to take on the 2-1 Bearcats.
Haughton’s explosive offense has been somewhat hit and miss so far this season. But the Bucs seemed to get things together in the second half of their 42-14 victory over Minden last week.
Wide receivers Javonte Woodard and Antonio Woodfork, running backs Kei’Untre Normandin and D’Kovin Ware, and quarterback Will Haines all contributed to the victory. The Bucs defense also shut down the Tide in the second half.
Ruston has struggled on offense, but the Bearcats have played well on defense the past two games. The Bearcats will be tough to beat at home, but I won’t be surprised if the Bucs come out on top.
Airline could easily be 3-0, too. The Vikings came back strong from their tough loss to Ruston in Week 2 with a 28-14 victory over Franklin Parish last week.
Coach Bo Meeks put junior quarterback Thomas McKain into the game in the second quarter and the move paid off. McKain managed the game well and didn’t make any big mistakes.
Airline stayed mostly with its running game led by Shuncee Thomas, but McKain had a couple of big completions to Cameron Howell and Jake Engelke.
McKain lost out to sophomore Noah Hildebrand in a battle for the starting job that started in the spring and continued into summer 7-on-7 games and preseason practice.
Often coaches have to make tough decisions for the good of the team. Meeks changed quarterbacks in the first half of last season. Of course, teams usually go through some personnel adjustments during the season, but you usually don’t hear about most of them. Quarterback is the most prominent position, so when it happens there you do hear about it.
McKain and Hildebrand are both young quarterbacks still getting adjusted to the high school game.
I suspect we’ll be seeing more of both this season.
Airline’s defense has been nothing short of spectacular, but it will easily get its toughest test against perennial 5A power West Monroe and the Rebels’ run-oriented offense Friday.
The Vikings will be a big underdog. It’s an opportunity for them to prove they can play with the best.
Since losing to Calvary in the season opener, Parkway has cruised past two out-of-state opponents. The Panthers are one of the few teams that can match Haughton in terms of offensive gamebreakers.
Quarterback Keondre Wudtee, running back/receivers Demetrius McAtee and Stacy McCray, receivers Jared Lancaster and Artavious Lynn, and all-purpose player William McKnight all contributed in the Panthers’ rout of Arkansas High. The defense also played well after giving up a touchdown on the opening drive.
Parkway’s home game Friday against Bastrop is perhaps the most intriguing matchup of the week. Last year, the teams combined for 135 points and more than 1,500 yards total offense.
There could be more of the same Friday. In last week’s 69-54 loss to Pearl River, Miss., Bastrop piled up a ton of yards. But the Rams also allowed 409 yards rushing and nine TDs to a single player.
Look for Parkway to put up some big numbers Friday. The only question is if the Panthers defense can prevent Bastrop from doing the same.
One of Benton’s biggest victories in coach Reynolds Moore’s first season last year was over North DeSoto. The Tigers will try to duplicate that feat Friday night in the District 1-4A opener in Benton.
The District 1-4A race looks wide open with defending champion Northwood the favorite. Fair Park is the only team without a loss.
Benton’s defense has played well and it will need to again against the Griffins’ run-oriented offense. The Tigers offense has struggled the last two games.
Moore said the Tigers got some mistakes corrected last week against Plain Dealing but others cropped up. Benton will need some consistency on offense Friday night in order to give its defense some rest against a team that will try to wear it down.
Bossier has struggled with the numbers game and injuries. The Bearkats dressed out about 32 players against Northwood. The two running backs that started the season, Avery Jones and Brandon Harris, played little because of injuries.
The Bearkats played hard against Northwood but were overmatched. They will be overmatched again Friday against defending Class 3A state champion Union Parish.
Plain Dealing was anything but overmatched against Class 4A Benton last week. The Lions played outstanding defense and had a chance to win before falling 7-6.
Friday night, they’ll play their first 1A opponent of the season when they visit 2-1 Logansport. Last year’s game won by Plain Dealing was high-scoring, but the Lions defense is better this season. Look for Plain Dealing to improve to 3-1.