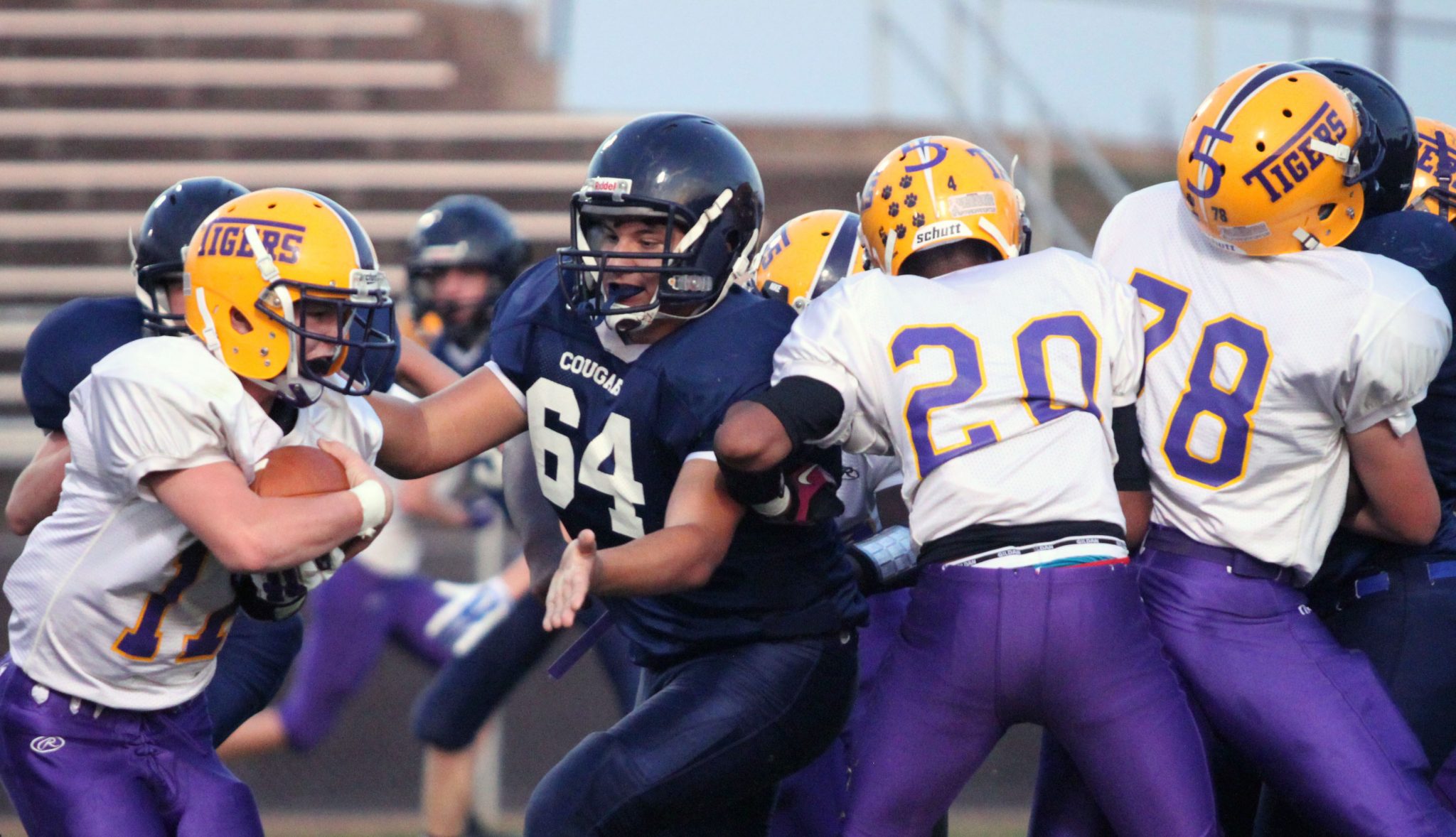 The Mustangs won the seventh-grade game 38-18 and the eighth-grade game 16-0.
Last week was the opening of district play for parish schools.

At Bossier, Trey Taylor scored touchdowns on runs of 5 and 7 yards to lead the Cope eighth-graders to the win. Jonathan LaCour and Davonte Davis scored conversions.

Lafrank Hamilton rushed for more than 200 yards and three TDs to lead the Mustangs seventh-graders to the win. Cedrick Carson also had a touchdowns run. Carter Slack threw a touchdown pass to Malcolm Britt.

Deaquon Allen, Donnie Dunn and Deontae Phillips recovered fumbles for the Mustangs.
De’kaldrick Thomas scored on runs of 55 and 48 yards for the Rams. Decamerion Richardson sprinted 47 yards for a TD.

Kevin Pouncy had an interception and Richardson had a fumble recovery.

At Preston Crownover, Alec Crain scored two touchdowns in Elm Grove’s eighth-grade victory on an 8-yard pass from Amani Larry and a 10-yard run. He also scored a conversion.

Larry scored on a 60-yard run and hit Kobe Gill with a 65-yard TD pass. Larry and Gill also hooked up for a conversion, and Larry ran one in.

Zeke McKnight opened the scoring with a 30-yard touchdown run. He also set up two other scores with good punt returns.

Elm Grove coaches said the defensive effort was the Eagles’ best of the season. Bennett Hopkins had a sack. Brandon Nelson and Gage Conly forced fumbles by stripping the ball away from Haughton backs.
Codie Bickel scooped up Nelson’s strip on the Elm Grove 5 and returned it to the Haughton 3. Hunter Picard had an interception.

Keyshawn Davis rushed for 177 yards and scored three touchdowns and a two-point conversion to lead the Haughton seventh-graders.

CJ McWilliams also had a big game with two TDs and two conversions. Coach Darin Walker said the defense stepped up in the second half with Hunter Jenkins, Trenton Contario and Kilian Malena leading the way.

Samorii Dooley scored two TDs for the Eagles on runs of 12 and 25 yards. He also scored two conversions.

At Airline Stadium, Bubba Osby scored two touchdowns and set up another with a reception to lead the Benton eighth-grade squad.

Osby scored on a long run and caught a long touchdown pass from Brad Fream. He also caught a pass of about 15 yards that set up Cole Horton’s 3-yard touchdown run.
Fream, who threw the ball well, also hit Drew Davis for a conversion.

Logan Wilhite had an outstanding game for Cope, scoring on a run of about 40 yards and returning a punt about 45 for a TD. Adrian Brooks scored a conversion.

All of the scoring was done in the first half. Both teams’ defenses came up with big stops in the second half.

Behind the running of Brooks, Cope drove into Benton territory late in the game. But a penalty pushed the Cougars back, and the Tigers sealed the victory with a tipped interception.
Jamal Johnson scored two touchdowns and Thomas Lewis had one to lead the Cope seventh-graders to the win.