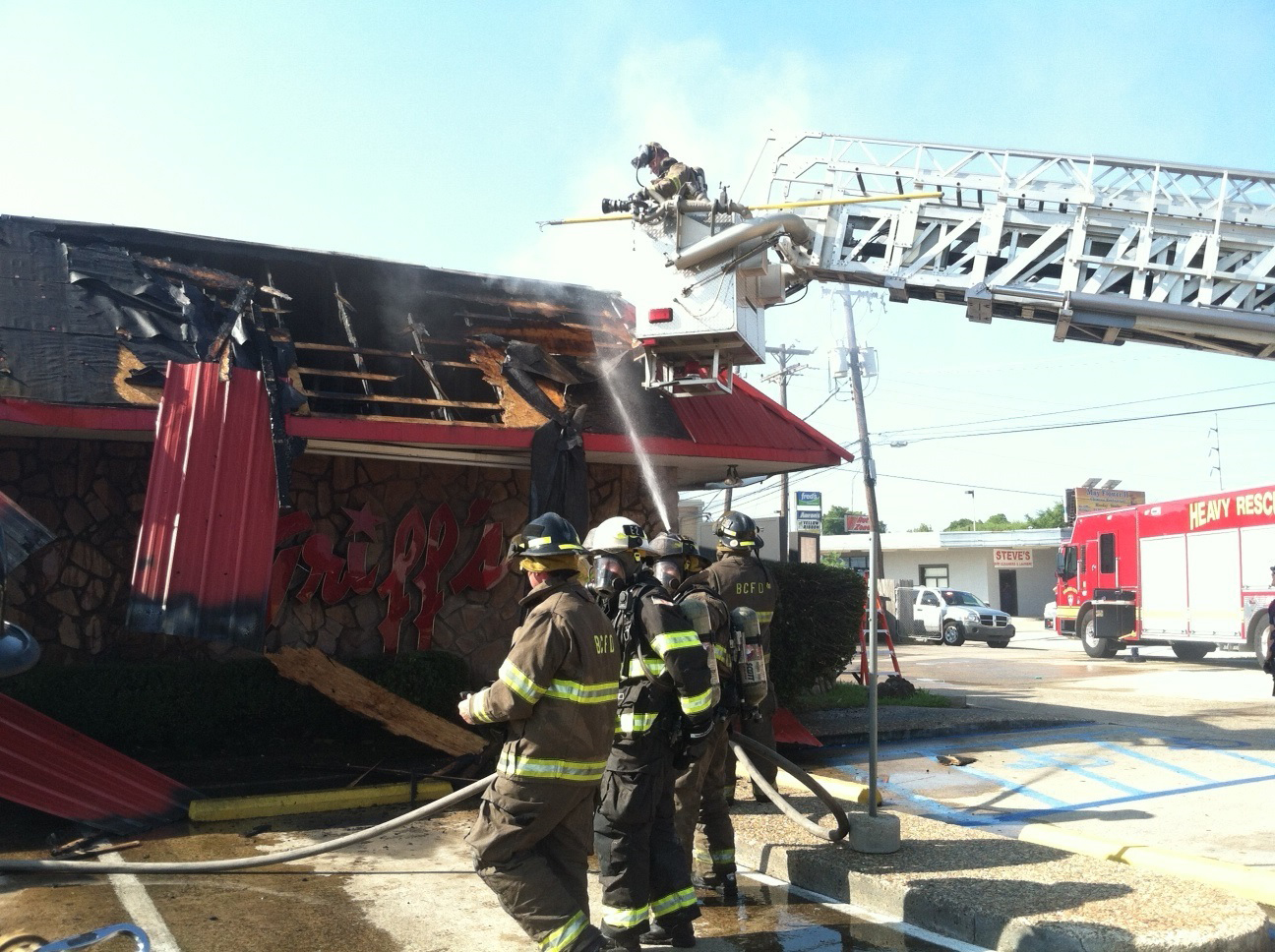 UPDATE: An investigation by the Bossier City Fire Department has determined Monday’s fire at Griff’s Restaurant on Old Minden Road was accidental and started inside a ballast that was attached to the restaurant’s sign on the front of the building.

Bossier City Fire crews were called to Griff’s Restaurant in the 2900 block of Old Minden Road at approximately 9:15 a.m. Monday morning. The first engine company arrived on the scene within four minutes and found heavy smoke and flames coming from the building. 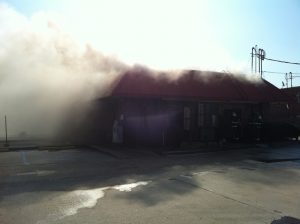 Firefighters located the fire in the attic and had it under control in about 15 minutes.

Several employees were in the restaurant preparing to open for the day when they noticed smoke and called Bossier 9-1-1. All of the employees got out of the building unharmed.