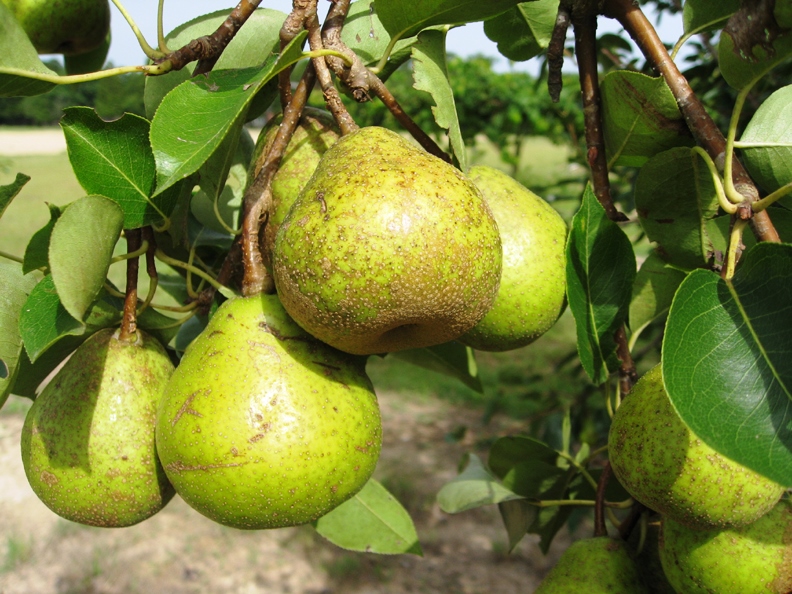 Botany lessons often help gardeners understand some of the underlying reasons why plants behave the way they do and why we do things a certain way. When growing a plant that is expected to produce fruit, knowing something about its reproductive workings is in the gardener’s best interest to prevent disappointment.

Plants that are grown for their attractive flowers need only to bloom well to make us happy. We even deadhead blooming plants by removing faded flowers to prevent seed formation and encourage more flowers.

Flowers contain the sexual organs of plants and are produced so the plants can reproduce themselves. When fruit or seed production is the goal, the sexual nature of flowers and their function become very important to the gardener. The strategies plants have developed for blooming and pollination are incredibly varied, and gardeners need to be familiar with any quirks associated with the plants they are trying to grow.

For those plants that we grow for their attractive or edible fruit or seeds, how successfully the plant carries out its reproductive efforts has a direct effect on obtaining the desired result.

Note that in botany and horticulture, the term fruit basically indicates the structure a plant produces that encloses the seeds. For example, peppers, green beans, tomatoes, squash, peaches, holly berries, okra pods, apples, rose hips, acorns and almost anything we refer to as “seed pods” are all actually the fruit of various plants. To produce fruit, a plant has to carry out its reproductive efforts successfully.

The parts that make up flowers can vary greatly from one type of plant to another. The basic plan includes male and female parts in the same flower along with nonsexual parts such as petals. The stamens, which are the male parts, produce pollen that carries the male germ cell or sperm. The female parts, called pistils, hold the ovules or eggs. When pollen is transferred to the pistil of a suitable flower, pollination takes place. If all goes well, this leads to the fertilization of the eggs by the male germ cells. The growing embryos form within seeds and stimulate the development of the surrounding ovary into the fruit. A few kinds of plants, however, produce seedless fruit without fertilization.

That sounds simple enough; what could possibly go wrong? For one, weather conditions can interfere. Temperature extremes can cause the pollen of some plants to lose viability and prevent pollination. That’s why tomatoes produce few fruit in midsummer. Fruit trees that bloom over a relatively short period – such as peaches, apples and pears – can suffer loss of production if the weather is bad while they are blooming – not to mention how devastating a late freeze during the bloom period could be.

When growing fruit trees, you must also know which are self-pollinating and which are self-sterile. Apples, pears and plums are generally self-sterile, meaning that the pollen a plant produces will not effectively fertilize its own eggs. Pollen from a different variety of the same kind of fruit tree must be transferred to the flowers (cross-pollination) for fruit to form.

Certain types of plants produce some flowers that have only male parts (staminate flowers) and some that only have female parts (pistilate flowers). While both sexes of flowers appear on the same plant, only the female flowers on the plant will actually form the fruit. Cucumbers are a good example. I often hear from distressed gardeners concerned that most of the flowers are falling off without making cucumbers. Knowing that they are male flowers relieves the stress.