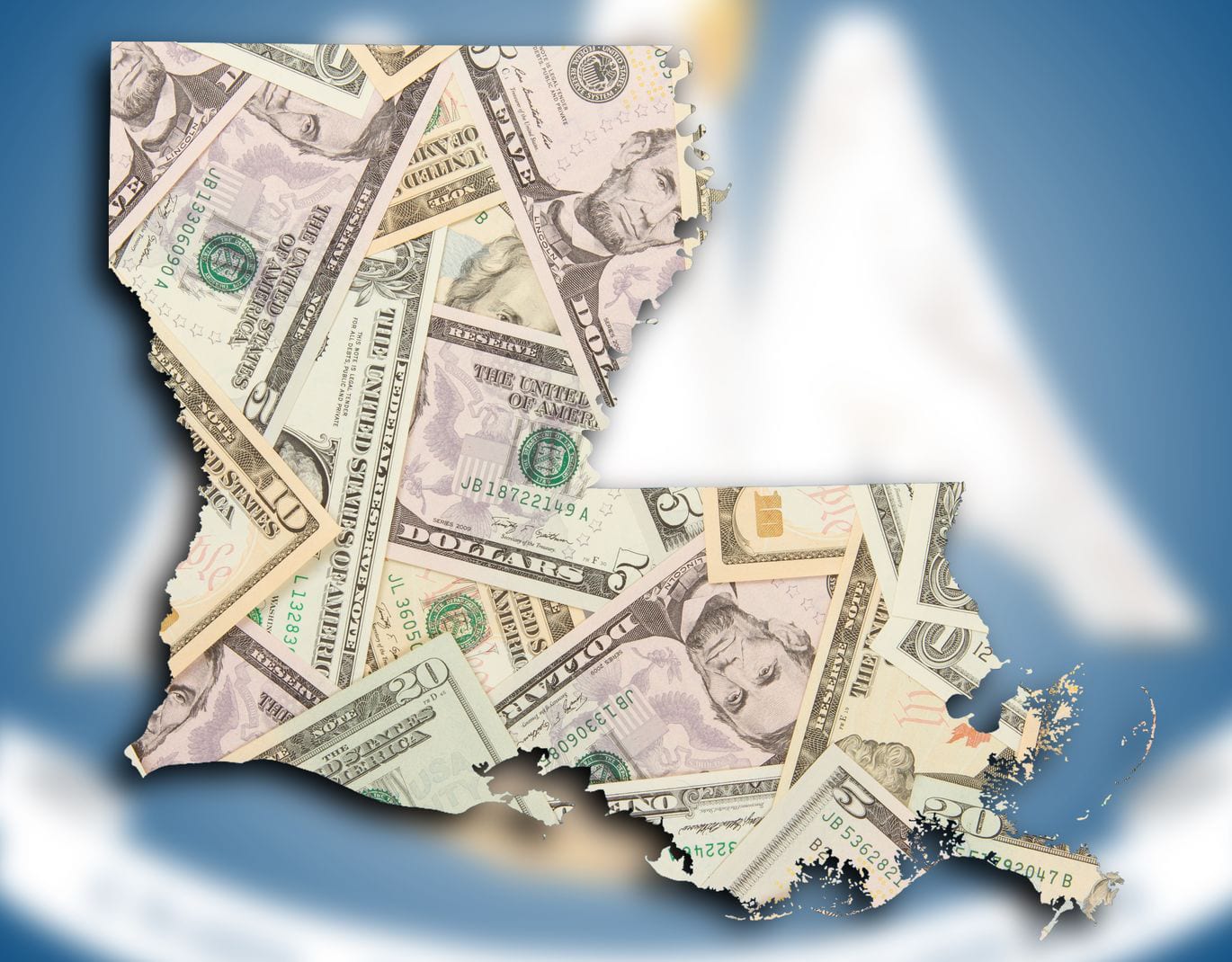 Over the course of the next several weeks, we will be exposed to a host of news reports out of Baton Rouge and points elsewhere explaining why it’s absolutely necessary for the Legislature to sign off on Gov. John Bel Edwards’ proposed budget for the new fiscal year.

Many of those same news reports will quote officials claiming the world will come to an end if lawmakers don’t rubber stamp Edwards’ $29.7-billion spending plan for the 2016-2017 budget year, which begins July 1.

Lawmakers will convene their regular legislative session April 10.  The session must come to a close no later than 6 p.m. on June 8. The most important topic on the agenda during the session will be the budget.

Over the weekend, The (Baton Rouge) Advocate published an informative piece on the state budget written by Melinda Deslatte of the Associated Press.  In it, Deslatte did a nice job of explaining how the state budget is divvied up.  She gave a breakdown on how much federal funding is tied up in the budget, how much of the budget is directed by constitutional and statutory dedications, how much is earmarked for K-12 public education, debt service and supplemental pay for police officers and how much money is left over for lawmakers to spend as they see fit.

According to Deslatte’s report, some $13.7 billion of the budget involves federal money, which comes with strings attached.  In other words, the Feds tell the state what it can spend the money on.  Medicaid, food stamps, disaster recovery and roads would fall under that category.

That leaves some $16 billion in the budget, but according to Deslatte’s report, some 40 percent of it is controlled by constitutional and statutory dedications.   That means lawmakers passed a law that guided the spending or lawmakers put a constitutional amendment before the voters, which included language spelling out how state money would be spent, and the voters approved it.  The latter has become the chic thing to do in the Legislature whenever lawmakers desire not to be left on the hook for spending taxpayer dollars on a project or endeavor that might not sit well with their constituents.

Of the $16 billion in the budget that involves state money, only $9.5 billion is what we would describe as general fund dollars.  It’s the general fund that lawmakers, by and large, control.

Nearly one-half, or some $4.3 billion, of the general fund budget is earmarked for the Minimum Foundation Program (K-12 public education), supplemental pay for police officers and elections.  Funding for the MFP cannot be reduced by the Legislature.  Lawmakers can simply hold the line, so to speak, on appropriations for public schools, but they can’t scale it back.

That, my friends, leaves a little more than $5 billion for the Legislature to appropriate for whatever they care to spend money on including higher education and health care.  It’s that pot of money that’s usually subjected to mid-year budget cuts by the governor whenever revenue projections adopted by the Legislature during a legislative session don’t pan out.

As you may have determined in reading this piece, the Legislature’s hands are somewhat tied as it relates to spending state taxpayer dollars.

It seems to me, however, that lawmakers would do well to take a long hard look at the roughly $16 billion in the budget that involves state money to determine whether it’s absolutely necessary to tie up $11 billion of it by constitutional and statutory dedications.  That’s the least lawmakers could do before asking Louisiana voters to swallow another tax increase or fee hike of any sort.

If lawmakers should reach an impasse over what to do about all of those constitutional and statutory dedications, maybe it’s time the people of Louisiana elect delegates for a constitutional convention and let the delegates come up with an alternative plan for the voters to approve.  Or not approve.

Regardless of what we’ve been told or what we’ll hear in the coming weeks, the fact of the matter is state government in Louisiana doesn’t have a funding problem.  It’s simply our priorities are out of whack.