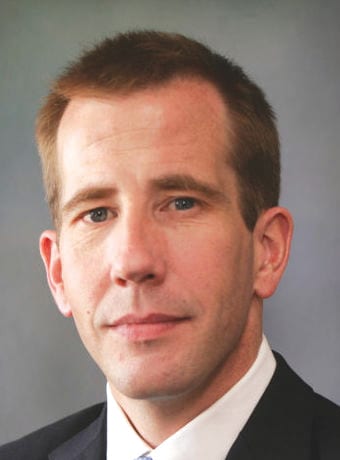 Can Ralph Abraham or Eddie Rispone make enough headway over the next month to stop Gov. John Bel Edwards from winning re-election in the Oct. 12 primary?

That’s the $64,000 question plaguing our friends and neighbors who think of themselves as experts on everything political as well as the boys and girls whose personal fortunes are directly or indirectly determined by their relationship with the governor.  The latter, of course, is hedging on whether to throw a little money at one, or both, of Edwards’ two big Republican challengers who thus far haven’t proved they’ve got the moxie to unseat the incumbent.  Any contributions from the heavy weights to Abraham or Rispone at this stage in the game aptly should be described as CYAs.  There’s no need to spell it out.

Last week, longtime pollster Verne Kennedy released what’s billed as an independent poll on the governor’s race, and to no one’s surprise the poll showed Edwards was still in good enough shape to capture more than 50 percent of the vote in the October primary but it revealed the governor’s popularity had slipped since earlier this year.  Kennedy’s poll also revealed that Rispone, a wealthy Baton Rouge businessman, was within striking distance of overtaking Abraham, the 5th District congressman, though Rispone was in the midst of a major advertising campaign touting his candidacy for governor when Kennedy conducted his poll of some 600 likely voters in mid-August.  Abraham had not gone on TV yet while Edwards was running a warm and fuzzy commercial about his accomplishments since taking office in 2016.

The primary election is still more than five weeks away, and if there’s one thing we can say about election cycles, anything and everything can happen to change the trajectory of a candidate’s campaign in this era of 30-second sound bites and social media.  Today’s winner can become tomorrow’s loser in the blink of an eye.  And vice versa.

Coming down the stretch, this governor’s race and whether Edwards is forced into a November run-off will have everything to do with money, or the lack thereof.  Edwards had plenty on hand as of the July reporting period, and Rispone has shown he’s willing to dig deep into his own pockets to finance his campaign.  Abraham’s viability rests solely on whether he can come up with the money to remain on television until the votes are cast on the second Saturday in October.  Ironically speaking, Abraham cannot afford not to buy television, and if anyone in Abraham’s campaign apparatus had any sense, they would buy advertising in the one medium that’s certain to reach likely voters in Louisiana’s smaller communities — weekly newspapers.   Abraham needs every vote he can get in rural Louisiana, particularly in the 5th congressional district.

My column of two weeks ago critiquing Rispone’s television commercials for being too tied to President Trump’s popularity in Louisiana had yet to dry when Rispone aired a new spot highlighting his humble beginnings as well as his rise to the top of his game professionally.  Rispone must continue to educate the electorate about who he is and what he plans to do if voters opt for change this fall.  We need specifics, just as it is imperative for Abraham and Edwards to sell their ideas to the public.

This governor’s race is far from over.  Edwards can lose it just as quickly has he won it four years ago.

Sam Hanna is publisher of the Ouachita Citizen in West Monroe