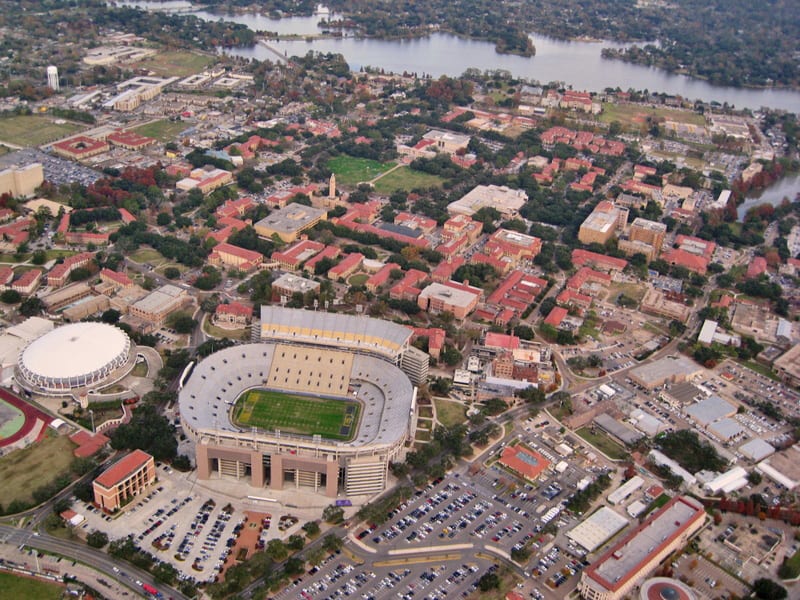 All of the craziness that we became accustomed to finally cost Les Miles his job. Ironically it was another time management issue that prompted the powers that be at LSU to say enough is enough.

So the Miles era ended Sunday, less than 24 hours after Miles’ Tigers snatched defeat from the jaws of victory on the The Plains at Auburn, an 18-13 loss. With the setback to Auburn, LSU stands at 2-2 for the first time since Nick Saban’s second season in Baton Rouge.

From all accounts, athletic director Joe Alleva met with university officials at some point Sunday morning or early Sunday afternoon where the decision was made to fire Miles. Alleva summoned him to his office Sunday for a 2 p.m. set-to where Miles learned his fate. Offensive coordinator Cam Cameron was shown the door, too, though it’s unclear whether Alleva fired him or whether it was Ed Orgeron, the interim head coach, who did it.

It’s strange how quickly coaches can get the ax in the modern era of college football though we all knew Miles was treading on thin ice since last November’s meltdowns against Alabama, Ole Miss and Arkansas. The ice got thinner when LSU lost the season opener to Wisconsin in Green Bay.

Besides time management mishaps, Miles struggled for years to develop quarterbacks, and he refused to alter his offensive philosophy even after all of college football got pass-happy. Play calling was atrocious at times and on those rare occasions when Miles’ offense was clicking, the defense lost its groove.

Add it all up and it was a recipe for a host of disappointing losses, particularly in games the Tigers never should have lost.
The national championship contest on Jan. 9, 2012 comes to mind. No way Alabama was three touchdowns better than an LSU team that had gone 13-0, including a win at Alabama earlier in the season, but the final score said 21-0 on that horrible night in the Big Easy. To this day, I believe that loss in New Orleans was the defining moment of Miles’ tenure as a Bayou Bengal.

Oh, there are some great memories in the Miles era. Who could forget Matt Flynn throwing the touchdown pass with seconds remaining to beat Auburn? Who can forget Jacob Hester bulling his way into the end zone for a last-minute TD to defeat Florida? Who can forget JaMarcus Russell winding up and throwing the ball 50 to 60 yards in the air to connect with a streaking Tiger receiver? And who can forget Odell Beckham Jr. returning a punt 89 yards to power LSU past Ole Miss?

All memorable moments to say the least.

Orgeron, the recruiting coordinator who also coached the defensive line, has eight games left in the regular season to prove he’s worthy of being considered for the head-coaching job on a more permanent basis. Without a doubt, LSU will conduct an extensive search to find the right man for the job. It won’t be a hard one to fill. There’ll be plenty of coaches across the country who’ll jump at the opportunity to coach at LSU and get paid anywhere from $5 million to $8 million annually to do it. That’s assuming LSU recognizes it’s going take big money to attract a top-shelf coach.

Back in 1999 when LSU parted ways with Gerry DiNardo, then-LSU Chancellor Mark Emmert took over the search to hire DiNardo’s successor. Emmert controlled it from the beginning, and obviously he knew what he was doing. He hired Saban, who in just his second season, made LSU football relevant again.

One of the key factors that played a heavy hand at the time was the governor, Mike Foster, who’s an LSU graduate. He backed Emmert at every turn, in academics, in athletics and on Foster’s watch, the state pumped big money into LSU.
That’s what you can accomplish with a strong president (formerly chancellor) at LSU and a governor who believes in the university.
I’m not sure LSU or Louisiana has that today.

Yet the decision makers at LSU can prove us wrong by doing whatever it takes to hire the best coach available to replace Miles regardless of what it might cost. Because at the end of the day — and I’ll say it again — LSU represents Louisiana and the football program is the most visible element there is at LSU. When the football team wins, the university wins and when the university is held in a positive light, it pays dividends for all of Louisiana.