After enjoying his 85th birthday party with family at Cornerstone Hospital where he had been a patient for a short time, he succumbed to heart failure on Wednesday, Jan. 22, 2014.

Mr. Sigman was born to Herbert Sigman and Ruby Golden on Jan. 17, 1929 in Hot Springs, Arkansas. As soon as he was able, Harold enlisted in the U.S. Army where he was trained as a cook. He met and married Jane Sheets in Pittsburgh, PA, raised four children and held various jobs before moving back to the South. 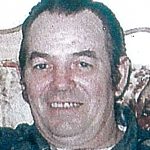 For many years, Harold was employed as a truck driver for Melton Truck Lines. Every load would be a new adventure for he and Jane as they traveled the country together until his retirement. Jane and Harold were married for 45 years until her death in 2001.

Harold then spent his golden years with his constant companion, Ms. Pat Daley and their little dog, Precious, both will miss him greatly.

Left to cherish his memory are his daughters, Vera Manshack and husband Huey, Barbara Murray and husband Sammy, boh of Shreveport, LA, and his son Dale Sigman of Pittsburgh, PA, his sisters LaVeda Robertson and Connie Smith of Hot Springs, Ark. and a special sister-in-law, Margie Koglin of Bossier City.

Missing their grandfather will be Jessica and Henry Murray, Jennifer Dale and Janet Miller.

Remembering his distinctive laughter are his nieces, Rhoda Stevens and Karyn Tilley of Bossier City and “Charlie” Sheets of Doyline, and nephews Leonard Koglin of Bossier and Eddie Koglin of Lewisville, TX.

Special thanks go to the staff at Bossier Dialysis and to Dr. Abreo for their many years of care. Harold worked hard, enjoyed life, fishing, a good meal, and loved his family dearly.

Harold was preceded in death by his parents and a sister, Loretta James, his friend and brother-in-law Ed Koglin, Sr. and his eldest son, Brian, who died last year. The Bible tells of a crystal sea in Heaven, if that’s so, then Harold, Ed, and Brian are enjoying being on it together.