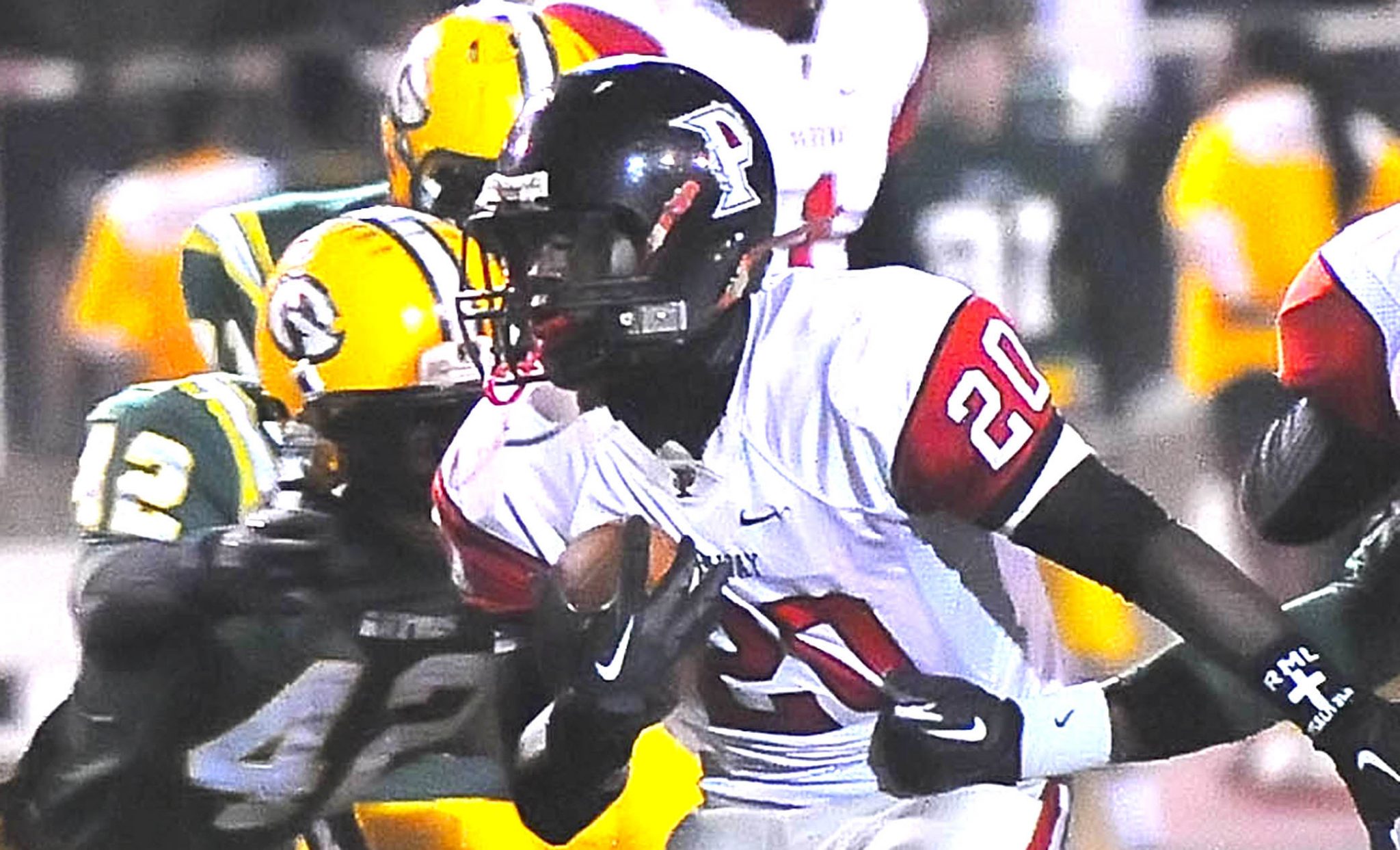 The Parkway Panthers took the first step toward their ultimate goal of winning a state title with a 41-7 victory over the Captain Shreve Gators in the first round of the Class 5A playoffs Friday night at Lee Hedges Stadium.

Parkway rolled to a 34-0 first-half lead.

Quarterback Brandon Harris, an LSU signee, completed 12 of 22 passes for 313 yards and one touchdown with two interceptions.

Most of Harris’ yardage came in the first half. He played only one series in the second.

“I think it was Brandon’s best night,” Parkway coach David Feaster said. “That first half he was just really on. I thought our receivers missed two or three of them otherwise he would have had a perfect first half.”

Harris’ lone touchdown pass, a 71-yarder to Cory Hamilton, was a thing of beauty. He hit Hamilton in stride around the 19-yard line as Hamilton sprinted down the Parkway sideline.

Harris also rushed for 43 yards and scored on a 21-yard run.

Brodrick Jefferson caught three passes for 78 yards, including a 37-yarder that set up the Panthers’ second touchdown.

Demetrius McAtee gained 56 yards on five carries, including a 25-yard touchdown run. He also had three catches for 48 yards.

William Knight, who rushed for 32 yards, scored touchdowns on runs of 13 and two yards.

The Panthers defense also did its part. Shreve gained 174 yards rushing but had only 80 through the air.

Austin Averitt led the way with 12 tackles and a fumble recovery.

Avery Shoebridge was a perfect 5-for-5 on PAT attempts.

“I’m very happy with our defense,” Feaster said. “Offense, defense, special teams, all around it was just a great game.

“Now it’s on to bigger and better things.”