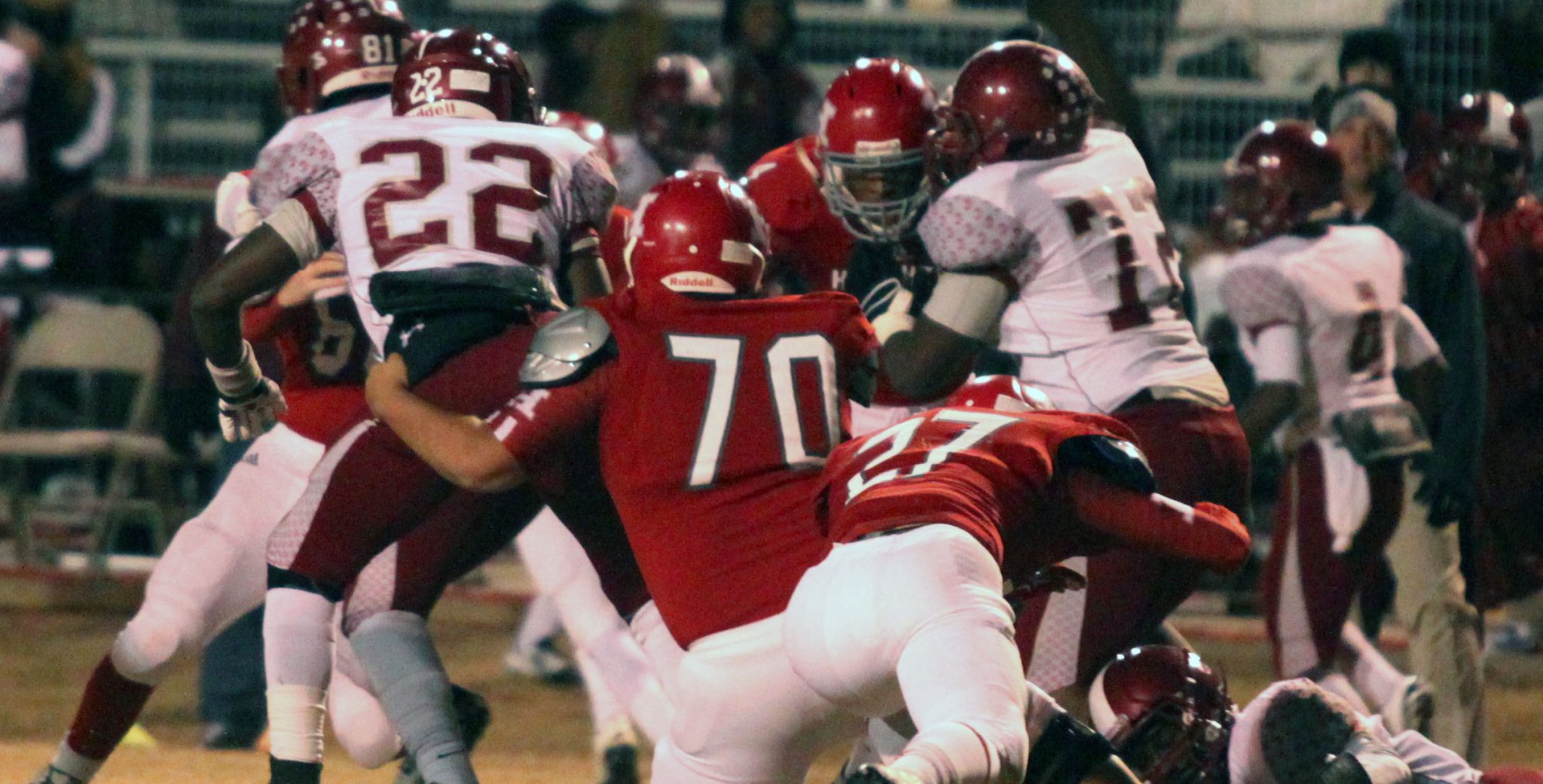 The Haughton Buccaneers and the Benton Tigers advanced to the second round of the LHSAA football playoffs with home victories Friday night.

Will Haines passed for three touchdowns and ran for two in Haughton’s victory. His 54-yard run with six minutes left put the game away. Javonte Woodard caught a couple of touchdown passes and Antonio Woodfork caught one.

The Bucs built a 20-0 lead in the first half but the Lions got within six in the third quarter. Haines’ 13-yard TD pass to Woodard early in the fourth gave Haughton a 13-point cushion.

Benton and Belle Chasse were tied at 7 at the half. The Tigers went ahead 14-7 in third quarter on a short run by Chauncey Taylor. The Tigers were stopped just short of the goalline early in the fourth quarter on fourth down. But they quickly scored a safety to go up 16-7.

Benton took advantage of a muffed punt to take a 23-7 lead with 10:08 in the fourth. But Belle Chasse converted a fourth-and-10 and then scored on a jump ball fourth-down pass with 6:17 left in the fourth. The two-point conversion made it 23-15.

The Cardinals had one final chance. They drove to the Benton 17. But they were called for holding and unsportsmanlike conduct on the same play, moving the ball back to the 47. Shane Cram intercepted a long pass to seal the win with 43.3 seconds left to play.