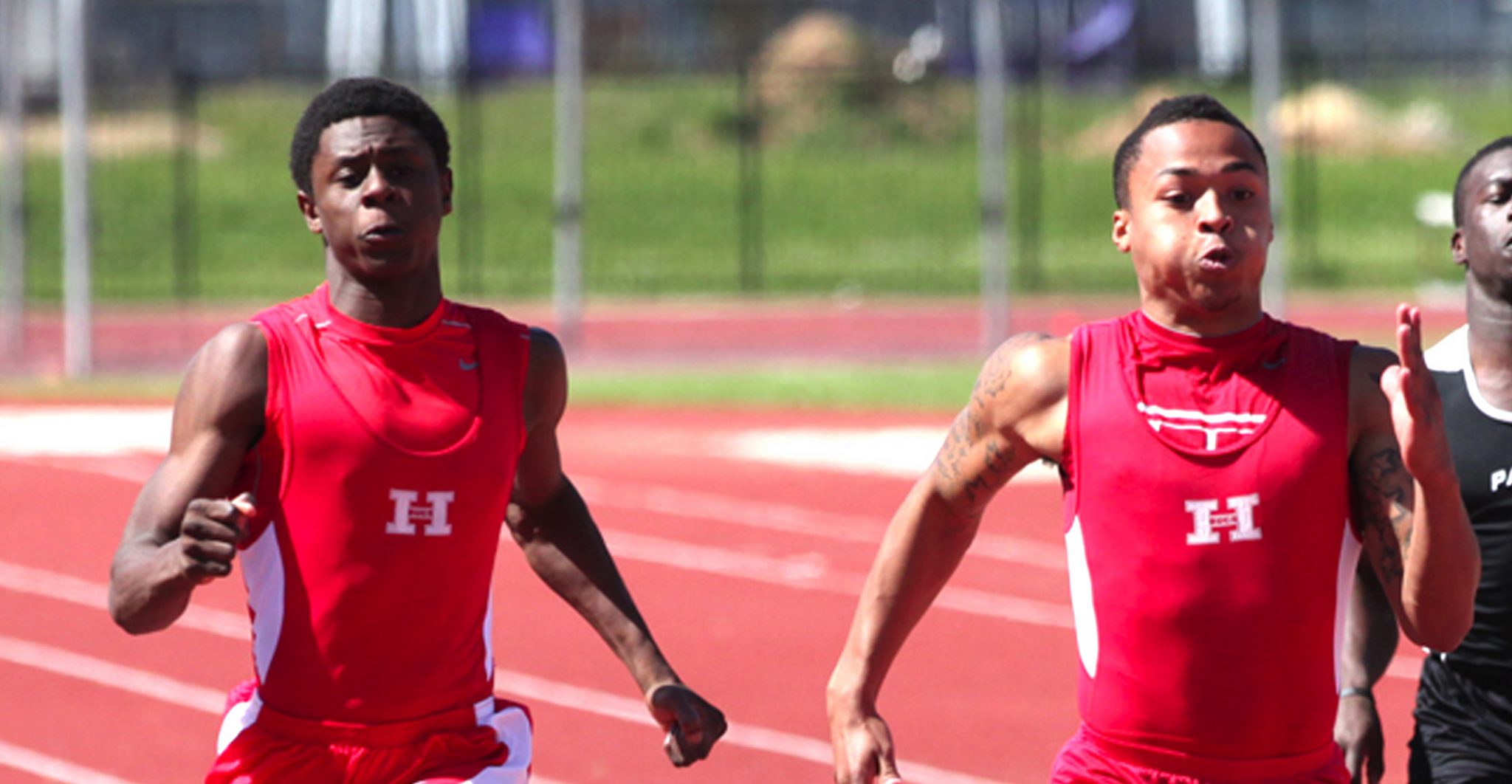 The Haughton Bucs ran away with the Region      I-5A boys track and field title Wednesday at Northwestern State.
Haughton scored 76 points. Parish teams took the next two spots as Parkway finished second with 54 points and Airline third with 51.
Ruston won the girls division with 85 points. Parkway was the top parish team with 36.
The top three teams and individuals qualified for the LHSAA Outdoor Track and Field Championships May 10 at LSU.
Airline’s Cameron Rice was the star of the boys meet, winning three events. He took the high jump with a leap of 6-6, the long jump with a 23-4.5 and the triple jump with a 46-8.
Rice barely missed on his third attempt at a personal best 6-10 1/4. When he landed the bar was wobbling but still up. But it didn’t stay there.
As usual, Haughton got a lot of its scoring in the sprints.
Bucs senior Micah Larkins and freshman Josh Lister finished 1-2 in the 100 in 10.70 and 10.78 respectively.
Antonio Woodfork won the 300 hurdles in 40.34.
Woodfork and Lister finished 2-3 in the 100 hurdles in 15.23 and 15.26, respectively.
Parkway’s Juwon Johnson won in 15.10 in what was one of the best races of the day.
Larkins and Lister also ran on Haughton’s winning 4X100 relay team along with Javonte Woodard and D’Kovin Ware. Their time was 42.05.
Parkway’s Cory Hamilton won the 400 for the second straight year with a time of 50.31.
Hamilton was one of the top seeds in the 200, but he tweaked a muscle in his right leg near the finish line and finished sixth.
Hamilton also ran on Parkway’s runner-up 4X200 relay team along with Dylan Whaley, Demetrius McAtee and William McKnight.
Airline’s Jack Wilkes came from behind on the final lap to win the 800 in 1:56.26.
Parkway’s Hayden Kingfisher won the 1,600 in 4:27.13, just ahead of Byrd’s Daniel Tanner.
Tanner returned the favor in the 3,200, winning in 9:46.18 to Kingfisher’s 9:47.57.
Haughton’s Jacorius Jeter qualified for state by finishing third in the long and triple jumps.
The Bucs’ Cody Hinson finished third in the pole vault.
Parkway senior Alison Ringle dominated the distance events in the girls division.
She won the 1,600 in 5:09.30, beating runner-up Kellie Webb of Barbe by more than eight seconds.
In the 3,200, Ringle lapped almost every runner in the field, winning in 11:19.72.
Webb was a distant second in 11:49.47. Parkway’s Destiny McGaffey finished third to qualify for state.
Airline’s Jasmyn Carswell was the only other parish athlete to win an event in the girls division.
Carswell took the triple jump with a 37-5.5. She missed qualifying for state in the long jump by six inches.
Parkway’s Sara Funderburk qualified in the 800 with a third-place finish.