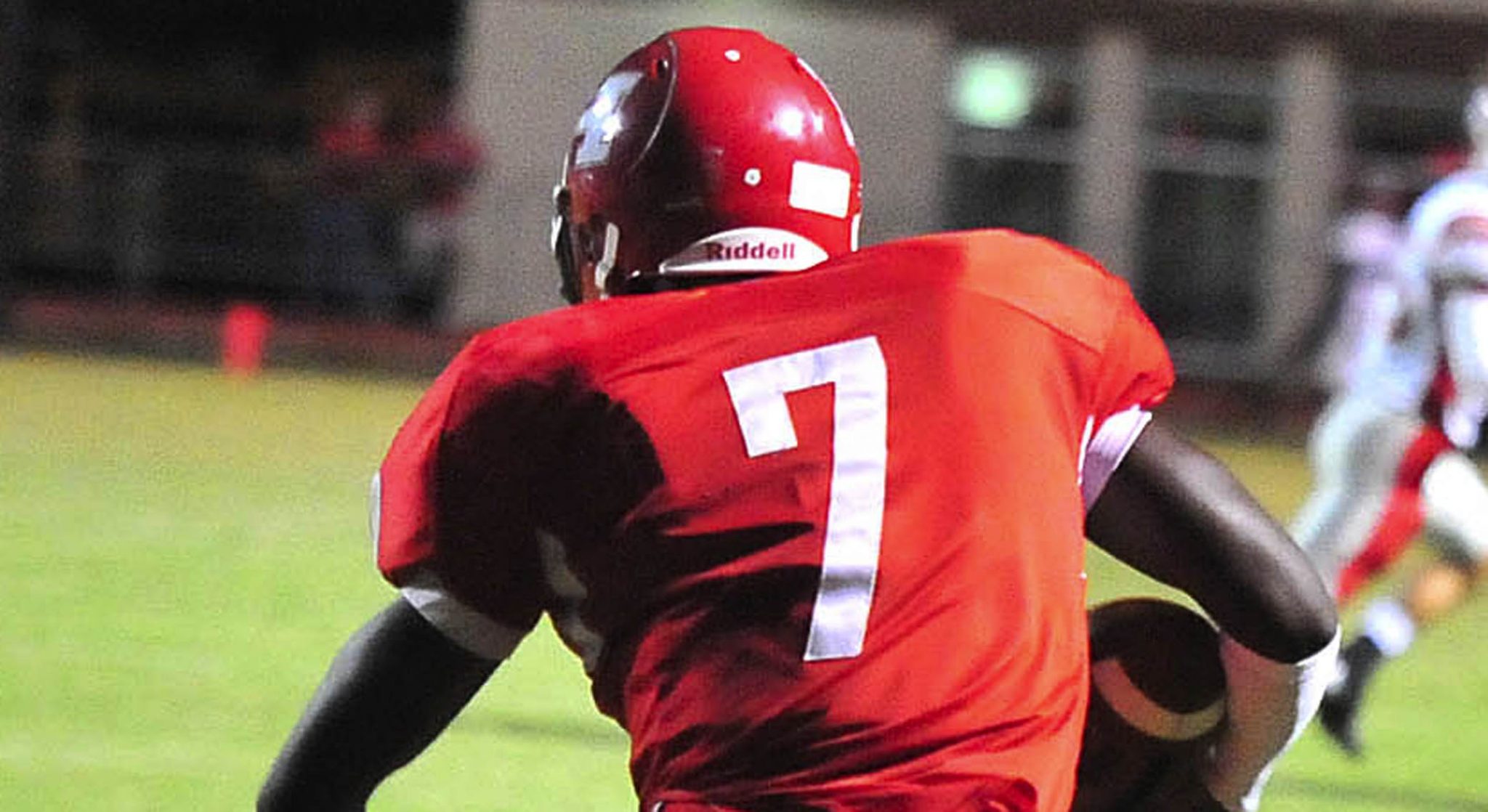 The Haughton Buccaneers rallied from a 14-point first quarter deficit to defeat the Captain Shreve Gators 19-14 in a District 1-5A game Thursday night at Lee Hedges Stadium.

Haughton star running back Jarred Craft, who suffered a sprained ankle against Southwood in Week 5, played only two played after sitting out last week’s loss to Airline.

Craft’s twin brother, Jerrod, filled in for him him nicely. Jerrod rushed for 111 yards on 12 carries and scored touchdowns on runs of 17 and 8 yards.

He also had a big interception in the front of the end zone on fourth down with 2:42 left in the game.

That came after a Shreve sack forced a Will Haines fumble that the Gators recovered at the Haughton 20.

The Gators (2-6, 0-3) moved to the 10 but a false start penalty moved them back to the 15. The Haughton defense then met the challenge of holding them out of the end zone, forcing incomplete passes with strong pressure.

Haines played a big part in the Bucs’ win. He rushed 25 times for 71 yards. That included 29 yards in losses on sacks.

Haines ran for 12 yards to the 8 and Craft took it in from there.

Going against the wind in the third quarter, the Bucs played a field position game.

They punted twice inside the Gators 40. The second pinned Shreve at its 3.

The strategy worked like a charm when Shreve was called for intentional grounding in the end zone, giving Haughton the lead for the first time at 16-14 with 19 seconds left in the third quarter.

“We were struggling a little bit on offense,” Guin said. “We’ve got some guys hurt and we were just trying to get out here with a win. Field position helped us in the second half. We worked it to our advantage.”

Haughton took the kickoff and drove to the Shreve 9, where Benny Broadway kicked a 26-yard field goal.