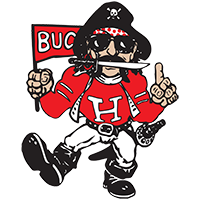 Haughton High School has added three members to its Football Hall of Fame.

Guin’s teams reached the state playoffs all 16 seasons he was at the helm. The Bucs were district champions five times during Guin’s tenure, the most of any head coach.

Guin now serves as head coach at Calvary Baptist in Shreveport where he led the Cavaliers to the 2020 Division IV state championship..

Seets recorded two of the top seven rushing yardage seasons in the history of Haughton football in 2009 and 2010. His 18 rushing touchdowns in 2010 are tied for the second most in a single season in school history.

Seets rushed for 2,934 yards in his career, the most in school history, and scored 39 career touchdowns, also a school record.