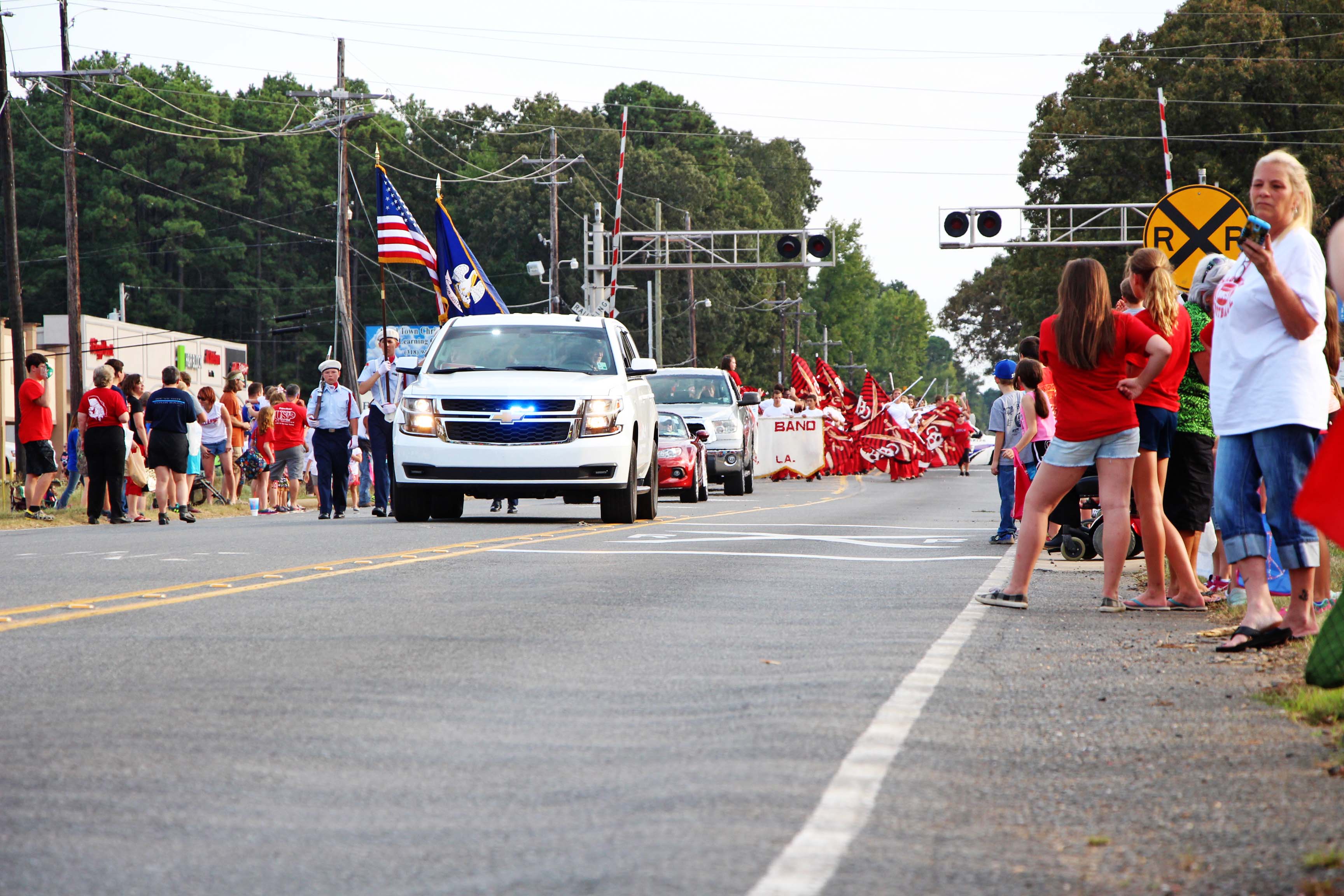 The parade, which will include many school and community non-profit and non-political groups, is sponsored by the Haughton High Student Council and marshaled by the school’s J.R.O.T.C. corps. It will begin and end in the school’s student parking lot and will turn at the Haughton Post Office on Elm Street (Hwy. 157).  The school is located at 210 E. McKinley in Haughton.

Kent was born February 21, 1950 in Quincy, Illinois. With his father in the Air Force, he traveled throughout his elementary years from Fort Worth, TX, to Altus, OK, to finally Warner Robins, GA, where he graduated from Warner Robins High School in 1968. In high school, he was quite the athlete.  He succeeded in football, basketball, track, and baseball.

Right out of high school, Kent enlisted in the Army, where he began traveling once more.  He started off at Fort Knox in Louisville, KY for basic training, then he was stationed at Fort Sam Houston in San Antonio, TX.  From there, he transferred to Camp Kue in Okinawa, Japan, where he spent two years working as a pharmacy technician at Camp Kue Hospital and playing football, baseball, and softball.

Kent worked in various departments at BCPD such as patrol, detective, and training, but eventually he would retire as Capt. Bockhaus after serving 23 years.  He wasn’t retired for long, as he became the first School Resource Officer at Haughton High School in September of 1996. Kent worked for the Bossier Parish Sheriff’s Office as Haughton High’s SRO until he retired September 2014.

Over those 18 years, he enjoyed forming relationships with the students and faculty at the high school, and he always knew JUST what to say or do to get those kids to act right. They all respected him!

Kent and Jan Bockhaus have been married for almost 45 years and have 4 children, all Haughton High School graduates, Brad Bockhaus (class of 1992), Beau and Blair Bockhaus (class of 1996), and Kenda Bockhaus Brotherton (class of 2001). Kent now gets to enjoy his spare time with his 11 grandchildren and 1 great grandson: Bradley (HHS class of 2014), Brennon (class of 2018), Brooklynn, Boston, Kinsley, Baylor, Brady, Branson, Brock, Blake, Baker, and Bryson. He also enjoys playing golf and spending time at the lake with his two golden retrievers, Magnum and Harm.

In related Homecoming events, the varsity football team will play the Southwood Cowboys for the Homecoming game, which will begin at 7 P.M. on Sept. 30.  Pre-game activities are scheduled to begin at 6:30. The admission charge will be $8 at the gate.  The 2016 Homecoming Court, serenaded by the Big Red Buccaneer Band, will be presented at halftime.  All alumni and several specific classes of graduates will be recognized at halftime as well.

The school’s website can be found at http://haughtonh.bossierschools.org for more information.