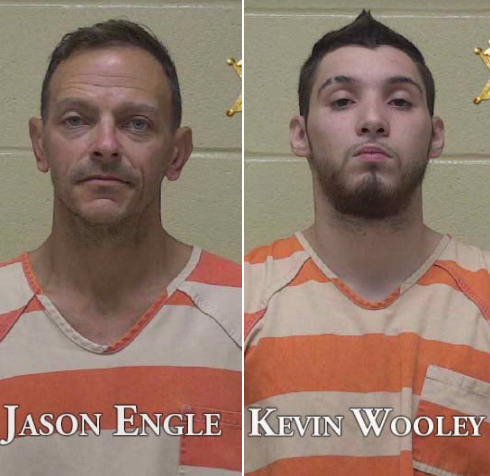 Bossier Sheriff’s Office patrol deputies arrested a man following a road rage incident in a Haughton neighborhood where no one was injured in the incident.

Jason Engle, 51, of the 8700 block of Woodstock Drive in Haughton was arrested after he discharged his weapon into a vehicle in the Dogwood Subdivision on Saturday, October 30. No one was injured in the incident.

Deputies say, Engle, driving a Blue Toyota Four Runner, stated he was tailed by two vehicles, a Black Dodge Charger and a White Chevrolet Silverado, on Bellevue Road and that they followed him as he turned onto Dogwood Trail into the Dogwood Subdivision. Engle said the vehicles began to drive aggressively behind him while driving through the neighborhood.

After speaking with all the drivers in this incident, detectives say the drivers of the Dodge and Chevrolet said Engle began “brake-checking” them as they drove in the neighborhood. This is said to have continued until the trio turned Eliga Drive where Engle is said to have stopped his vehicle after being rear-ended by the Silverado. Engle said he noticed the drivers get out of their vehicles and begin to walk towards him. Fearing for his safety, Engle said he got out of his vehicle and began shooting his .357 revolver into the truck. He then got back into his vehicle and went home where he contacted dispatch about the incident.

Detectives gathered surveillance video and statements from witnesses from nearby residents as well as statements from all the parties involved. Jason Engle was arrested and charged with Aggravated Assault with a Firearm and the Illegal Use of a Weapon and booked into the Bossier Maximum Security Facility. Engle’s bond has been set at $40,000.

Also arrested was Kevin Wooley, 22, of the 8700 block of Woodstock Drive in Haughton, who was the driver of the white truck. Wooley was charged and booked into the Bossier Maximum Security Facility on one count of Aggravated Criminal Property Damage with a $15,000 bond.