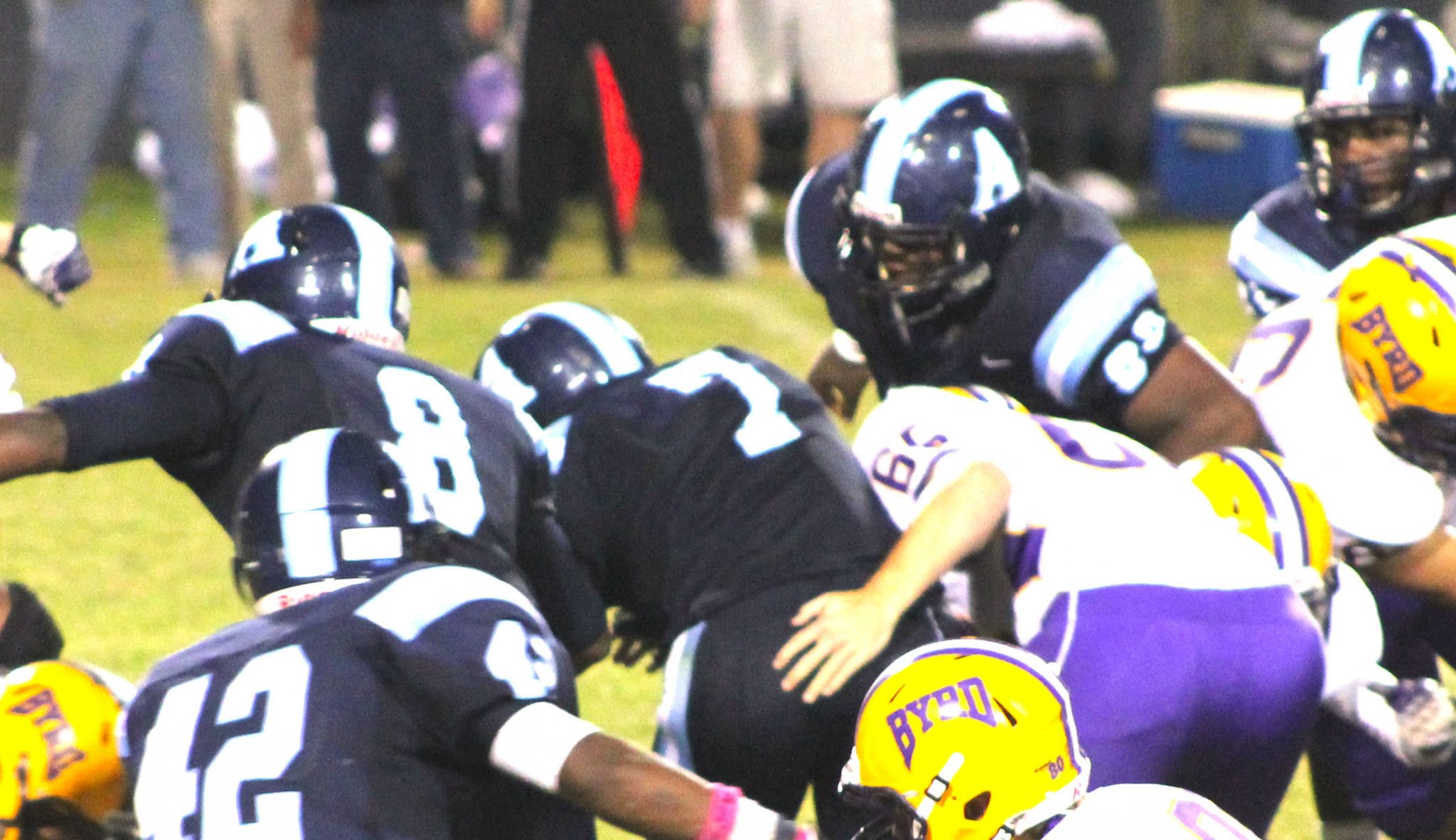 In District 1-5A, Haughton downed Southwood 35-14 at Lee Hedges Stadium, and Airline fell to Byrd 28-3 at Airline after leading 3-0 at the half. Defending District 1-3A champion Bossier dropped a 49-28 decision to North Webster at Bossier, and New Tech defeated host Ringgold 26-12 in a District 1-1A opener.

Haughton 35, Southwood 14: Jarred Craft scored two touchdowns, and Will Haines passed for two and ran for another to lead the Bucs to the victory.

Haughton, which led 35-7 at the half, improved to 5-1 overall. Southwood dropped to 1-5 with its fifth straight loss.

Haines, who set out last week’s win over St. Mary’s after suffering a concussion in Week 4 against Ruston, connected with PJ Douglas for touchdowns of 11 and 23 yards.

Byrd 28, Airline 3: The Yellow Jackets, ranked No. 4 in the state, scored all of their points in the second half in the District 1-5A opener.

Byrd (6-0) came into the game averaging 56 points per game. The Vikings (2-4) held the Jackets to just three first downs in the first half.

Airline twice held Byrd after long punt returns gave the Jackets first downs at the Vikings 14 and 27. The Vikings also stopped the Yellow Jackets on fourth-and-inches at their 22 on a good play by Grant Henry.

Airline drove 60 yards late in the second quarter for its only score, a 37-yard field goal by John Luke McFarlin.

Jacob James had pass completions to Darian Germany and D’Juan Byrd. Kavonte Johnson had a 9-yard run. The drive was aided by back-to-back pass interference penalties against the Yellow Jackets.

Airline had one other scoring opportunity in the first half. Cameron Taylor, one of several sophomores playing for the Vikings, completed a double reverse pass to Byrd to the Jackets 33.

The Vikings eventually reached the 16, but Byrd blocked a field goal attempt on fourth-and-5.

The Jackets took the lead for good on their first possession of the second half, driving 64 yards in five plays for a touchdown.

Louisiana New Tech at Plain Dealing 26, Ringgold 12: Logan Allen passed for two touchdowns and ran for another to help the Lions (3-3) win their third straight game.

Isaac Jacobs caught TD passes of 65 and 9 yards in the first half. Keldrick Carper had a big catch to set up Jacobs’ second TD as New Tech led 12-6 at the half.

Desean Morris ran 16 yards for a TD in the second half. Allen raced 65 yards on the first play after a Ringgold kickoff went out of bounds.

Chris Williams rushed for 124 yards on 11 carries, including touchdowns runs of 58 and 19 yards. Chris Hall gained 123 yards on 13 carries and had a touchdown run of 66 yards.

The Bearkats amassed 306 total yards in what was probably their best offensive game all season.