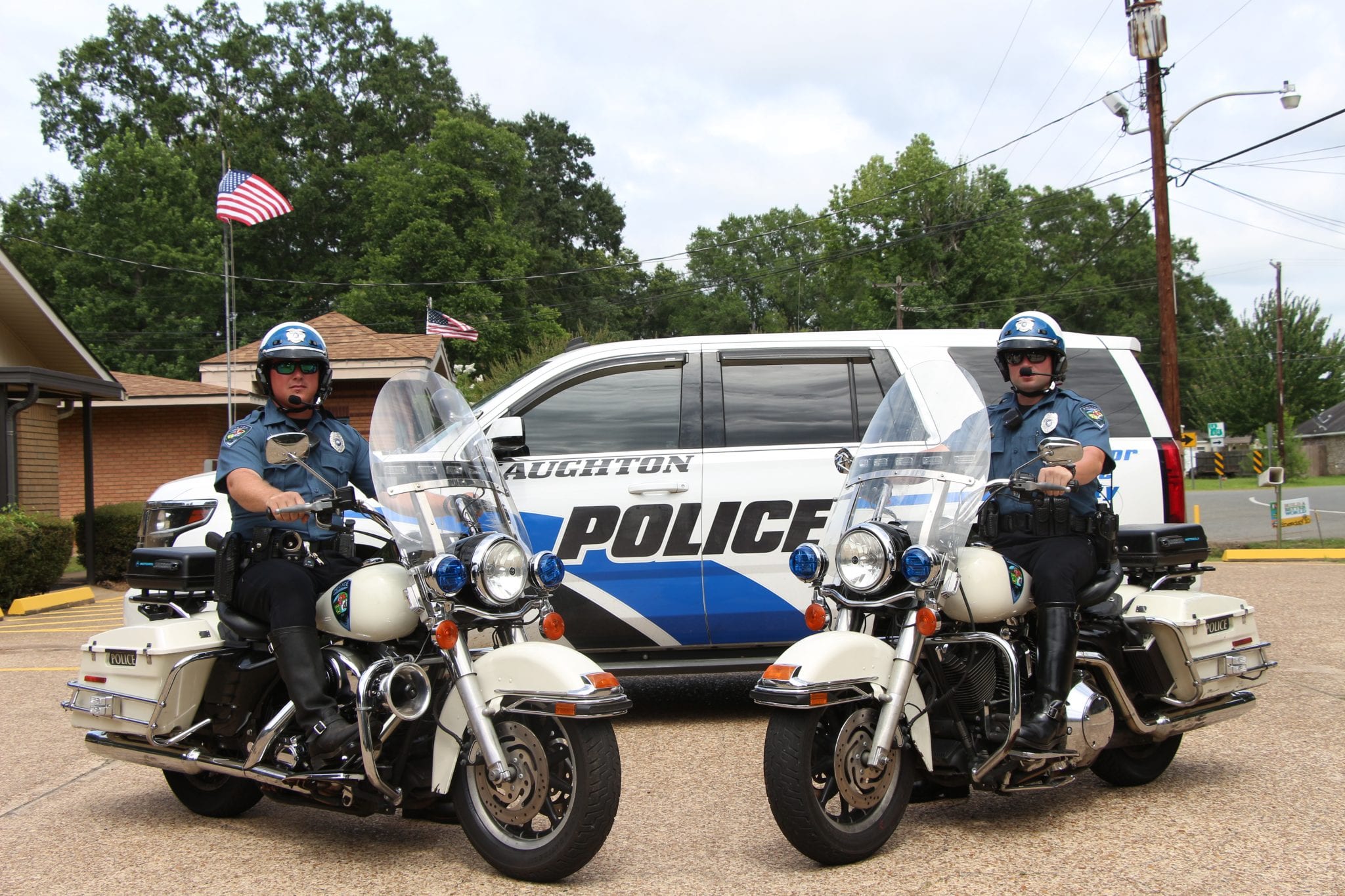 Officers Jonathan Odom and Steven Kennon make up the department’s motorcycle unit. These officers have gone through extensive training for months to obtain the required certification.

Kennon, a seven year veteran of the Haughton Police Department, said the opportunity came on a bit of luck.

“Shreveport Police had some [bikes] they were going to surplus so they ended up donating them to us,” Kennon said.

“That’s a huge plus in itself,” he added.

The motorcycle unit will greatly enhance the department’s ability to patrol neighborhoods.

“You can’t park a patrol car in someone’s drive way or yard,” Odom, a five year member of the Haughton Police Department, said.

Kennon said about 70 percent of the calls they work are traffic related.

“We have more neighborhood complaints than anything,” Kennon added. “Our job with the motorcycles is to be a bigger presence in those areas. The growing neighborhoods especially. That’s a big priority.”

Gibson said the motorcycle unit will also be used for community outreach.

“We want the kids to see them and know that police officers are here to keep them safe,” Gibson said.

The motorcycle unit is not a full time unit. They are currently out in the evening time. The hardest part of the job is dealing with the unpredictable summer weather, too.

Kennon said it’s exciting for the department to have these new bikes.

“It’s a new experience for us and a new way of policing,” he said. “It allows us to focus more on the public than just handling calls.”

Odom added, “I’m hooked. I love riding. I would love to see us do more for the community.”