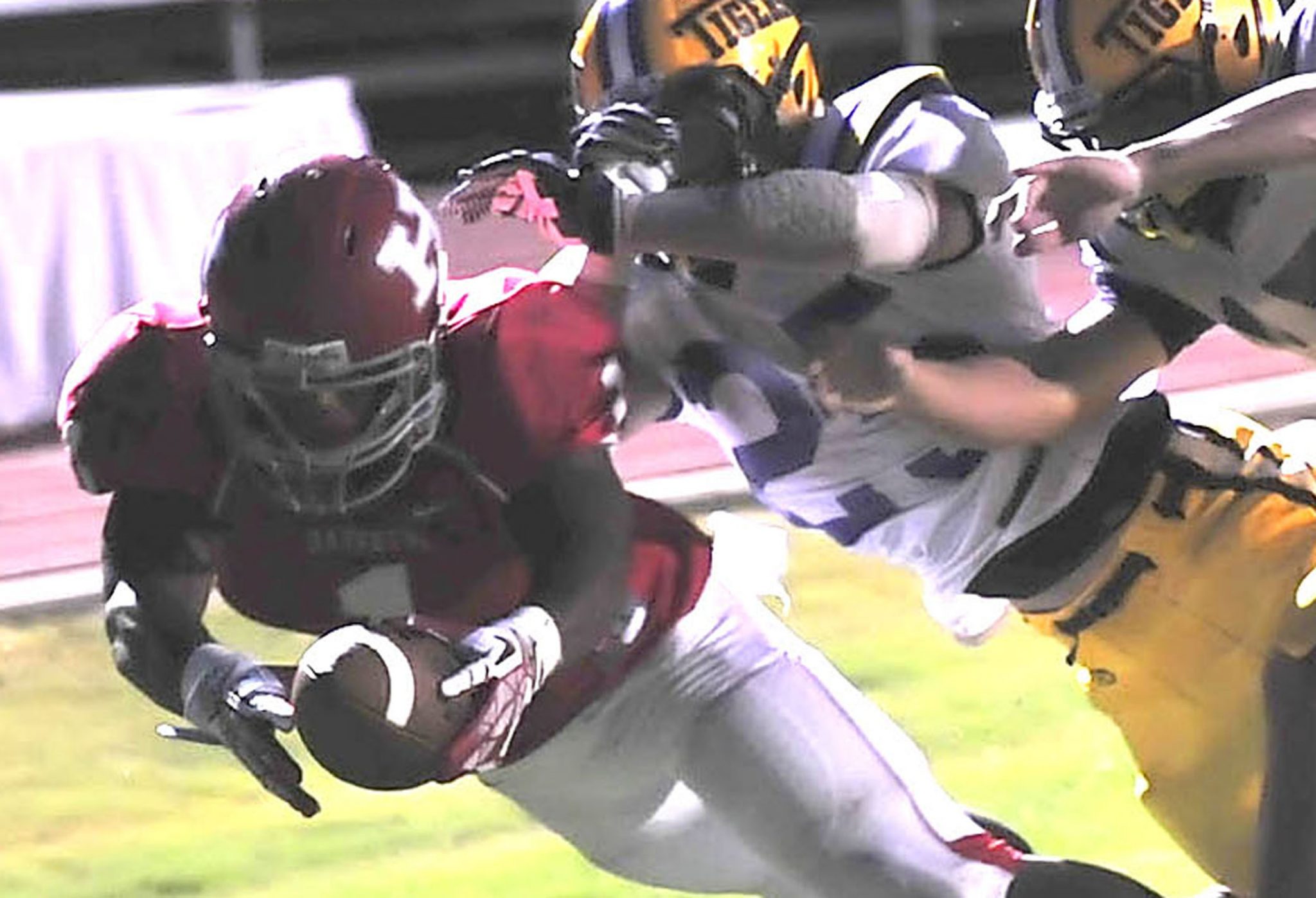 The Haughton Bucs wasted little time in establishing their dominance against the Benton Tigers Friday night in Haughton.

The Bucs scored quickly on their first two possessions.

The Tigers cut the lead to eight midway through the first quarter, but there was never any doubt what the outcome would be.

Haughton scored every time it had the ball in the first half en route to a 45-14 lead.

The second half was mostly a JV contest as the Bucs went on win 52-14.

Haughton improved to 2-0 with its second straight dominating win. The Bucs have scored 101 points in two games.

Five of Haughton’s seven touchdowns came on plays of 38 yards or more.

“We made some big plays on offense,” Haughton coach Rodney Guin said. “We’ve got some guys that can play a little bit on offense.

“We’ve got to be able to score. They did well the first half. The defense played well, covered well. We can cover people, too. The first half was great. The second half got a little sloppy there but that’s to be expected.”

Moore knew his Tigers faced a difficult task coming in.

Benton scrimmaged Byrd last spring and played Parkway in the jamboree. He said Haughton ranks right up there with those squads.

“They’re probably the best football team on our schedule,” he said. “They’re probably more athletic at the skill positions than anybody we’ve played. They’re physical up front. They jumped on us quick, and I thought we responded scoring that first touchdown, and then it just kind of got away from us.”

Haughton quarterback Will Haines had a huge game. He completed 7 of 10 passes for 232 yards and three touchdowns.

Two of his TD passes were perfect deep throws to PJ Douglas covering 58 and 75 yards.

Haines’ other touchdown pass went to Javonte Woodard for 48 yards. Woodard outjumped a defender for the ball around the 10 and raced into the end zone.

Jarred Craft led the Bucs on the ground with 92 yards on 12 carries. He scored on runs of 4 and 1 yards.

The Haughton defense continually harassed Benton quarterback Jordan Shaffer. At one point, he was sacked twice on consecutive series.

Shaffer completed 12 of 19 passes for 78 yards. He was on the receiving end of a 46-yard touchdown pass from T.J. Sweeney.

T.J. Anderson scored Benton’s first touchdown on a 38-yard run and led the Tigers with 47 yards on the ground.

Moore said Haughton revealed weaknesses at some positions on defense that will need to be addressed.

“Offensively, we’ve just got to execute better,” he said. “The positive I would take out of this is that there are things that we can clean up. It’s not things where we don’t have an answer. It’s just a matter of being more focused and executing better in the game.”