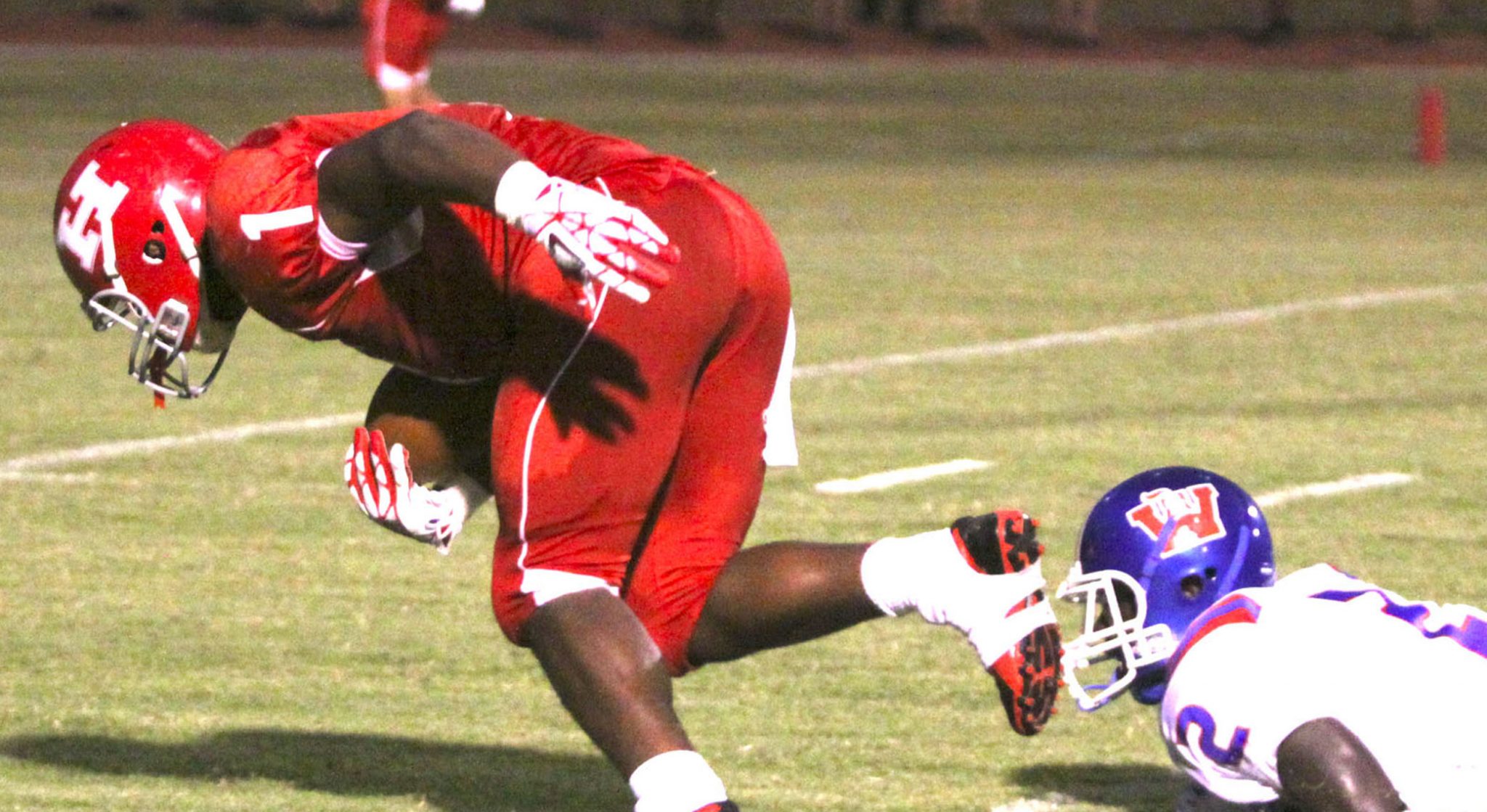 Haughton coach Rodney Guin liked most of what he saw in the Bucs’ season opener against the Woodlawn Knights Friday night at Haughton.

After all, the Bucs opened the season with a 49-8 rout of the defending District 1-4A co-champions.

But Guin saw plenty of room for improvement.

“We did a lot of good stuff,” Guin said. “Jarred (Craft) played well. Javonte (Woodard) made a couple of big plays.

“A lot of guys played well. But we had way too many penalties. We’re having periods of the game where we don’t play well. That’s going to hurt us against some of these other teams.”

Haughton had two touchdowns in the first half erased because of penalties.

Craft, a Louisiana Tech commitment, had a big game, rushing for 173 yards on 12 carries and scoring two touchdowns. Craft did most of his damage in the first half when Haughton built a 28-0 lead.

A Craft run set up the Bucs’ first touchdown, a 3-yard run by Will Haines, making his debut at quarterback.

Haines finished 11 of 20 for 166 yards with three touchdowns and two interceptions.

Jerrod Craft, Jarred’s twin brother, raced 36 yards for a touchdown in the second half.

Guin was the pleased with way his young defense played.

“They’re playing better,” he said. “We start a freshman over there and a couple of sophomores and other kids that haven’t played a whole lot, but they’re getting better every day and that’s what we need.”