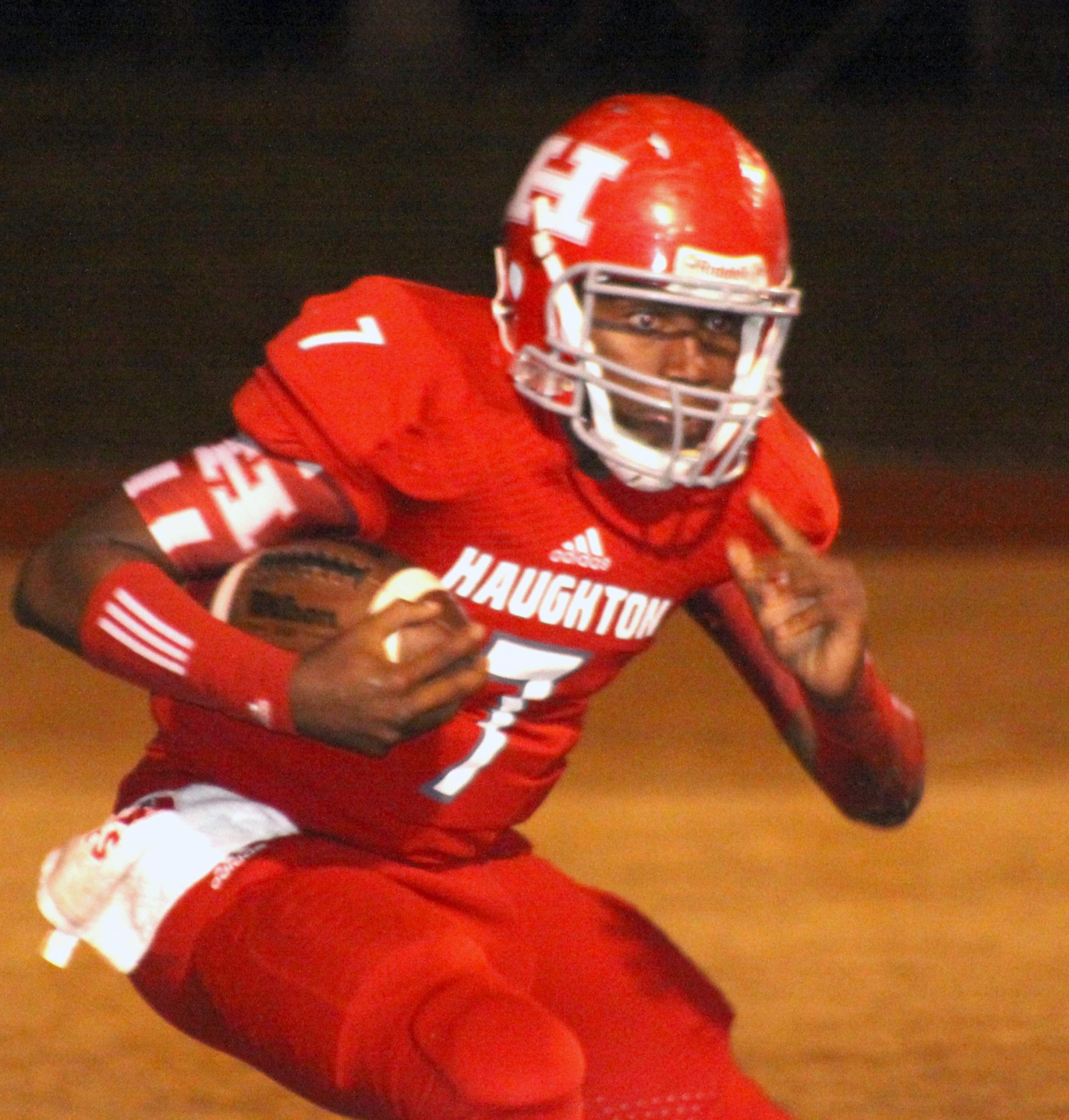 The Bucs led the Hahnville Tigers 14-13 with just over three minutes left in the their Class 5A second-round playoff game at Haughton.

But the Tigers returned a fumble for a touchdown with 2:58 left in the game and went on to win 28-14.

Haughton finished 9-3. Hahnville improved to 9-3 and will face Destrehan in the quarterfinals Friday.

The Bucs came into the game as the No. 5 seed but were considered by some observers to be an underdog against No. 12 Hahnville.

The Tigers came into the game on a six-game winning streak during which they averaged 50 points per game.

But Haughton held them to basically two touchdowns. Hahnville scored one late after the Bucs turned the ball over on downs deep in their own territory.

Haughton quarterback Will Haines, a two-year starter playing his final game, completed 12 of 22 passes for 208 yards and a touchdown with two interceptions.

“They played their hearts out tonight; that’s for sure,” Haughton coach Rodney Guin told the Friday Football Frenzy radio scoreboard show in a postgame interview.

Sophomore Josh Lister scored the Bucs’ first touchdown on a 56-yard reception with 3:24 left in the first quarter. Lister had his best game of the season with nine catches for 156 yards.

Hahnville tied it at 7 on Mike Neal’s 1-yard run with 6:52 left in the second quarter. That’s how it stood at the half.

The Bucs drove 85 yards to take the lead in the third quarter. Haines got the TD on a 1-yard run and Nico Broadway’s PAT made it 14-7.

The score stayed that way until late in the fourth when Hahnville’s Drew Dunn scored on a 1-yard run. The extra-point try failed and Haughton still led 14-13 with 3:35 left in the game.

Haughton recovered the onsides kick, but the Warriors scored on the fumble return soon after.

Hahnville did most of its damage on offense running the ball. The Tigers gained 277 yards on 55 attempts and didn’t fumble. They finished with 329 total yards.

It was the final game for several Bucs who contributed to Haughton’s success in the past few seasons, including Haines and wide receiver Javonte Woodard. Haines has committed to Incarnate Word and Woodard has committed to Louisiana Tech.