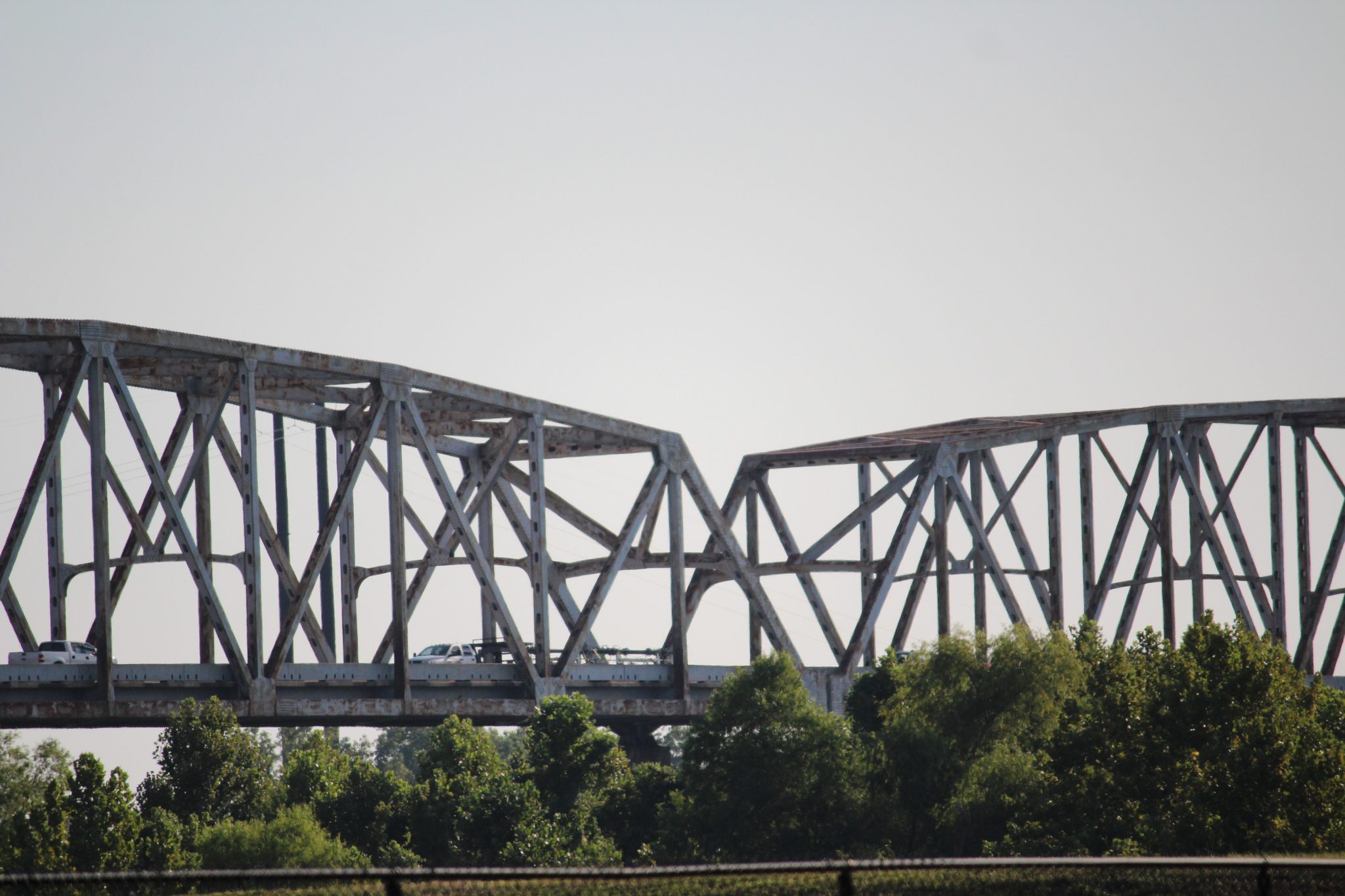 Motorists in south Bossier will probably have to find an alternative route across the river in 2015 when the Jimmie Davis Bridge is expected to close for a revamp.

The Department of Transportation and Development’s $23 million-plus rehabilitation of the bridge will include a re-deck, new paint job, structural repairs and lighting. Once the project begins, a complete closure of the bridge will be required so crews can perform work safely and quickly.

The length of closure is expected to last one year.

A firm start date has not been set, but is expected to begin in early 2015.

Dustin Anniston, DOTD public information officer in Baton Rouge, said the closure is due to safety for that of both motorists and construction workers.

“DOTD’s number one priority is the safety of the traveling public as well as our construction crews. An essential part of the rehabilitation project includes replacing the deck of bridge. Furthermore, the travel lanes on the bridge have 12-foot lanes and 2-foot shoulders. For these reasons, it would be unsafe to allow traffic to cross the bridge with half of the deck removed from the bridge,” said Anniston.

He also noted that reducing the bridge to one lane would not safely allow motorists a recovery zone if an incident occurred and would also be very dangerous to crews performing construction work. Also, this scenario would not allow for emergency vehicles to reach and assist motorists.

“Reducing the bridge to one lane would also create significant congestion that may lead to safety issues for motorists and workers. Currently, motorists have several options to cross the Red River which may increase travel time; however, the delays and congestion associated with the keeping the bridge open during construction present greater safety concerns,” Anniston added.

Roughly 21,500 vehicles use the Jimmie Davis Bridge every day. Those drivers feed directly into Barksdale Boulevard, which sees about 22,000 vehicles a day, and the Arthur Ray Teague Parkway, which carries around 18,000 a day.

“Some parts of the project can allow for traffic,” he said.

On the Bossier Press-Tribune’s Facebook page, many south Bossier residents expressed their displeasure that the bridge would not be made into a four-lane road, or that another bridge would be built to accommodate more traffic, similar to the Shreveport-Barksdale Bridge over the Red River.

Resident Barry Green said via email, “I have commented and communicated various thoughts on this subject to several influential people, but what is really swept under the rug by EVERYONE who has a bigger pulpit than me, is that the funds to four-lane the bridge have been available in the past but have been moved around. If it were four-laned when it could and should have been, we wouldn’t be having this complete closure for a year.”

Peacock acknowledged that his constituents have said they want another bridge to be built, to which he responded “I do too, and I will continue to advocate for that.”

“South Bossier is growing and traffic count has continued to increase year after year. But (a new bridge) is down the road for several fiscal reasons,” he added.

An email inquiry to DOTD regarding the cost and feasibility of building a new bridge was not returned by press time.

Peacock noted that he has not experienced much negativity regarding the project, with most constituents acknowledging the rehab is necessary.

The project will be done by florida-based PCL Civil Constructors, Inc. The sole bidders for the project are also performing work on the on the I-49 exchange at I-20.

DOTD will now evaluate the project for roughly a month.

“As I understand it, they will keep everything going as the project will move forward. They know it needs to be done,” said Peacock.