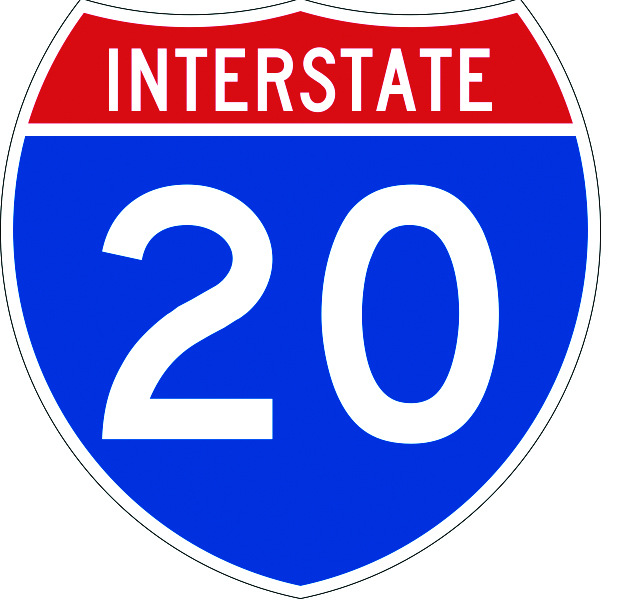 A project to rehabilitate a heavily traveled section of I-20 through Bossier City is scheduled to be let in January 2020.

The Louisiana Department of Transportation and Development has plans to rehabilitate the eastbound and westbound lanes of I-20 from just west of LA 3 (Benton Rd) to LA 3105 (Airline Drive).

A large component of the project will be traffic control and establishing a feasible detour route, which would likely be I-220, according to DOTD Public Information Officer Erin Buchanan.

“That plan must be approved in advance by the Federal Highway Administration before the project can continue to move forward,” Buchanan said. “That part of the process is under development as well.”

Buchanan said the estimated cost to rehabilitate that portion of I-20 is $23.5 million.

Last month, the Bossier City Council asked Bossier City Engineer Mark Hudson to work with the state to stress improvements along a portion of I-20.  Hudson noted at the April 17 City Council meeting that it’s DOTD’s “highway and their money” and he is included in discussions “out of courtesy.”

On average, approximately 100,000 vehicles travel I-20 in the vicinity of the Traffic Street interchange in Bossier City every day. Buchanan said it’s it’s not uncommon for local and state entities to communicate with DOTD regularly regarding upcoming projects or various roadway needs.

“If the [DOTD] is made aware of a particular area on any roadway that is perceived as a travel hazard, we will make a site visit and address any issues,” Buchanan explained. “The District is well aware of the need for improvements to this heavily traveled stretch of I-20 and plans are underway to ensure that this work moves forward.”

Letting dates can change based on funding availability and other factors, Buchanan added.

A project is already set to go to bid in June that will mill and resurface I-20 from its interchange with I-220 to the US 80 overpass in Bossier Parish. The cost estimate for that project is $13.5 million.

“The state is working to address major infrastructure needs with the most prudent use of taxpayer dollars,” Buchanan said. “We do this with the funding we receive from the state and federal fuel tax. This funding source has not increased since the mid-1980s. As you can imagine, needs have increased while funding has remained the same. We always have more needs than funding and must work with local leaders to determine which projects get funded each fiscal year.”