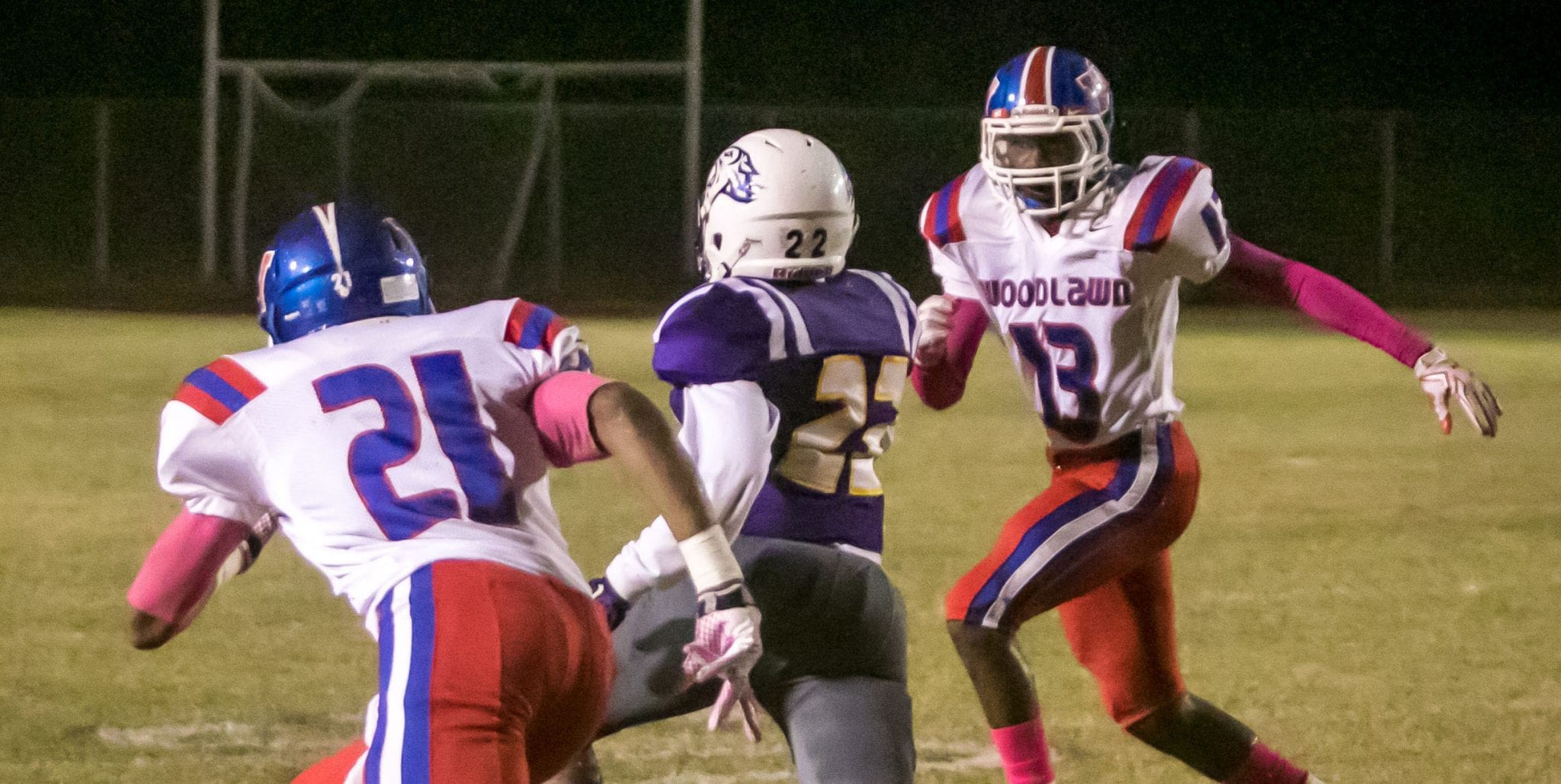 With two weeks left in the high school football season, four parish teams still have a shot at winning district titles.
The Benton Tigers have the best shot. Benton (7-1, 5-0) can clinch a share of its second straight District 1-4A title with a victory over Northwood (3-5, 1-4) Friday night at home.
It’s been a wild ride of a season for the Tigers. But you can’t call it a rollercoaster ride unless it’s one that only goes up.
Benton has won six straight games since a 43-36 loss to Natchitoches Central in Week 2. During the streak, the Tigers have been involved in some thrillers including last week’s come-from-behind 34-30 win over Woodlawn.
“Our guys just amaze me how they respond to adversity, whether it’s the weather or being behind or a turnover at an inopportune time,” Benton coach Reynolds Moore said. “They seem to always find a way to bounce back.”
After Benton took a 28-22 lead over Woodlawn, the Knights returned the kickoff for a touchdown. The Tigers answered with a 40-yard touchdown pass from Garrett Hable to Collin Milton with 1:22 left.
Don’t expect Benton to take Northwood lightly. The Falcons, who are well-coached by former Parkway head coach Jim Gatlin, have given up a lot of points. But they can score, too, and have one of the district’s best players in wide receiver Marquez Stevenson.
If Benton continues to play like it has, though, the Tigers will have a share of Moore’s second district title in three years as head coach at the end of the game.
Elsewhere, the Airline Vikings (7-1, 3-1) and Parkway Panthers (7-1, 3-1) are tied for second in District 1-5A with Byrd (7-1, 3-1). All three are looking up at Evangel (7-1, 4-0), which ended Airline’s dream of a perfect season 37-7 last week.
Friday night, Airline hosts Byrd and Parkway plays Southwood (0-8, 0-4) at Lee Hedges Stadium. Haughton (5-3, 1-3) hosts Evangel.
The showdown for first place at Rodney Duron Field last week was a dud. Airline made some uncharacteristic mistakes on special teams that helped put the Vikings in a 0-27 hole.
Airline, which came into the game averaging about 43 points, never could get anything going on offense. The Vikings would’ve had to play a near-perfect game to beat a very good Evangel team at home. That obviously didn’t happen.
Airline will be facing a Byrd team that got two of its best players — quarterback Deuce Caston and running back Tysen Hardman — back from injuries last week.
Byrd has dominated the series between Caddo and Bossier Parishes’ largest schools recently. The Jackets are 11-0 against the Vikings since 2006, including playoff victories in 2008 and 2011.
This could be Airline’s best chance to break the drought since Byrd won 31-30 in 2012 on a field goal as time expired.
The Vikings might not have to play a perfect game to win, but they can’t afford the kind of mistakes they made against Evangel.
The defense, which gave up a lot of yards on the ground, will be tested by Byrd’s option attack.
I rate Airline a slight favorite.
Parkway will be a heavy favorite against Southwood, a team that has scored just 14 points all season. The Cowboys have played some solid defense, but they will be no match for the Panthers.
Haughton will be a big underdog against Evangel, but don’t count the Bucs out. Haughton was still very much in its games against Airline and Parkway in the fourth quarter.
The Bucs offense has struggled much of the year. If that continues Friday, it could be a long night.
In other games, Bossier (3-5. 0-5) plays Huntington (1-7, 0-5) in 1-4A at Northwood’s Jerry Burton Stadium and Plain Dealing (3-5, 2-3) visits D’Arbonne Woods Charter (4-3, 4-1) in 1-1A.
In four of its five district losses, Bossier has had a chance to win in the second half. The Bearkats simply haven’t been able to put four good quarters together.
Friday’s game against Huntington will be a golden opportunity to do just that and pick up a fourth win. The Raiders have some outstanding athletes but have had trouble keeping their opponents out of the end zone.
Bossier should be able to sustain drives, score and keep the clock moving. I expect the Bearkats to come out on top.
Plain Dealing’s already small roster has been depleted by some late-season injuries and Lions first-year head coach James Thurman has had to use some young players.
D’Arbonne Woods, located in Farmerville, has enjoyed a successful first year of varsity football. The Timberwolves have put a lot of points on the board in district play, but they’ve given up some too.
Plain Dealing should have a chance to win, but it will be a challenge.