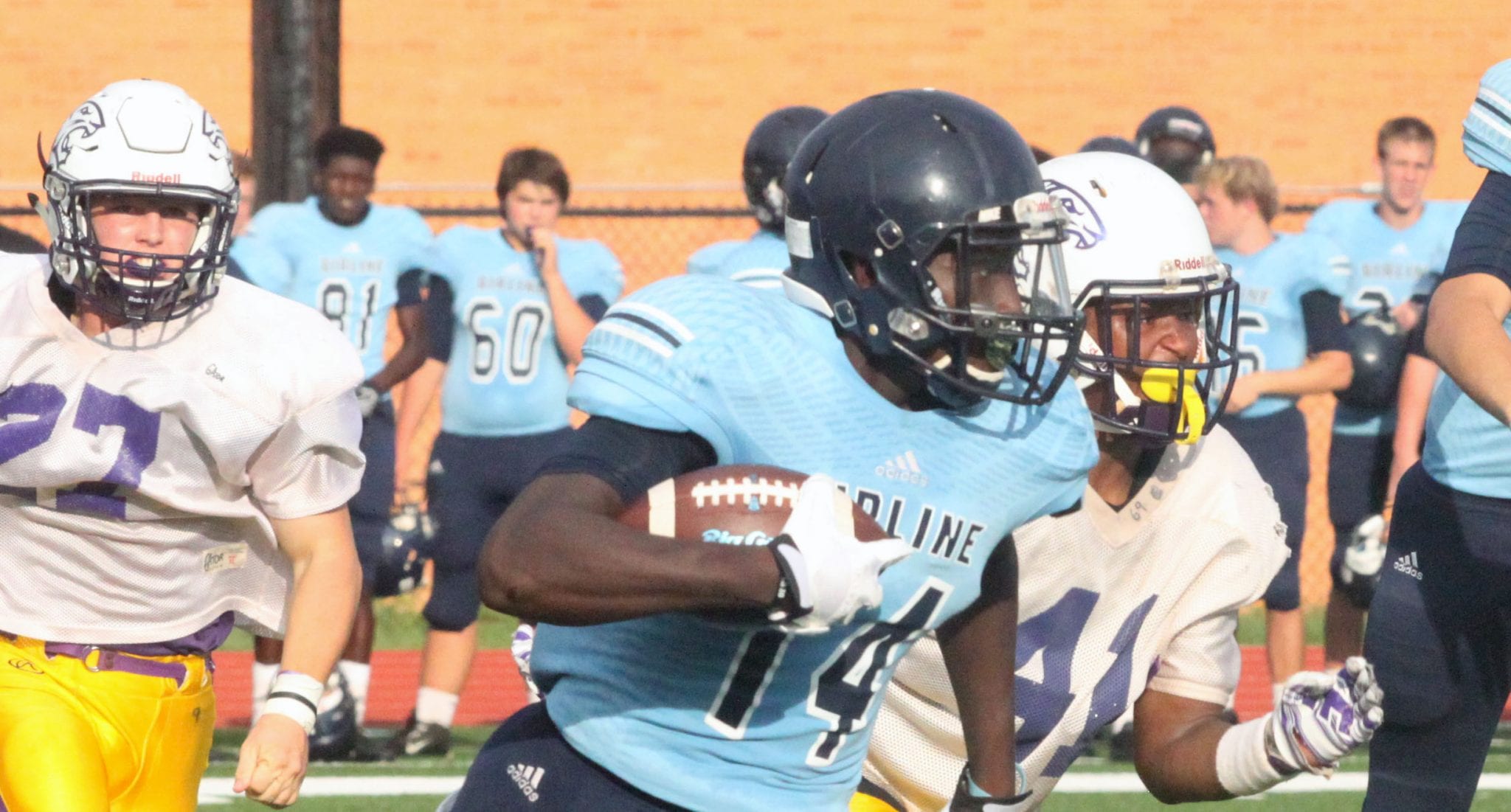 With scrimmage week behind them, parish high schools have one final chance to get some of the kinks out before the regular season starts.
The 63rd annual Bossier Lions Club Jamboree is Friday at Airline Stadium.
The Bossier Bearkats and Plain Dealing Lions open the festivities at 6 p.m.
The Airline Vikings face the Haughton Buccaneers at approximately 7:25. The Parkway Panthers play the Benton Tigers in the final “game.”
The Parkway-Benton contest is a battle between 2015 district champions. The Panthers shared the 1-5A title with Evangel Christian and Byrd. Benton won the outright 1-4A crown.
Both teams have a mixture of experienced and new players.
Parkway has gotten a lot of preseason recognition. The Panthers are ranked No. 1 in the Louisiana Class 5A’s preseason poll, which included all schools, and they are the top-ranked team in MaxPreps’ Top 20 non-select schools.
Benton coach Reynolds Moore said going against the Panthers will be a challenge, but he’s not worried about the outcome.
“Our goal is to stay healthy and get better at each position,” he said. “We’re not worried about anything else. It’s a preseason deal. It’s fun for everybody to go play in the jamboree and that’s good stuff. But the bottom line is we want to be prepared and healthy and ready when we go into Week 1.”
Airline coach Bo Meeks said he is also looking for improvement from his team but wouldn’t mind coming out on top on the scoreboard, either.
“We’re excited to get an opportunity to get live reps and improve against someone else,” he said. “But just like anytime, whether it’s a scrimmage, regular game or a jamboree, we want to win. (New Haughton) coach (Jason) Brotherton, they’re the same way. But the main goal is to improve as much this week as we did last week.”
While every team will be 0-0 after Friday night, a jamboree victory can be a momentum-builder.
Last year, Bossier, coming off an 0-10 season, defeated Plain Dealing 14-2 and the Bearkats proceeded to win their first three games.
But the scores really don’t mean much. Haughton defeated Benton 20-7 and the Tigers went on to finish 10-2 and win the district title.
Airline downed Parkway 14-9. In the final week of the regular season, Parkway returned the favor, winning 28-0 and advancing to the semifinals of the 5A playoffs.
Last week, all six parish teams participated in scrimmages. All were affected by rain to some degree.
Benton and Airline moved their scrimmage to Byrd because the Jackets have an artificial surface practice field.
Each teams’ first units had two series of plays before a heavy thunderstorm shut things down.
The first series was about even. The defenses mostly had the upper hand, but both teams got touchdown passes on their final plays.
Garrett Hable hit Doyle Adams Jr. streaking down the sideline for Benton’s score. Brad Fream passed to Malik Britt over the middle for Airline’s, leading him perfectly.
Airline had the upper hand in the second series. Fream, a sophomore, passed to Britt again for about 50 yards and Brian Fielding for about 75.
“We were able to get a lot of good reps and experience especially offensively for some guys who haven’t had them before,” said Meeks, who has an entirely new starting lineup on offense. “It was really good work”
Meeks was pleased to see the offense get some big plays in the passing game, something he said the Vikings lacked last season.
“We’re really excited about that,” he said. “We’ve got to run the ball better. We didn’t run it real well. Benton’s front did a really good job. But for the beginning, I was really pleased.”
Moore has had to replace just three starters on offense, and he said they got a taste of what’s ahead.
“Our three new starters, the game was faster than they thought it was going to be,” he said. “Airline’s pretty fast; they’re pretty good on defense. It was a tough challenge for them for sure.”
Parkway scrimmaged West Monroe, one of the state’s traditional powers, last week.
The scrimmage was delayed 90 minutes by rain.
The Panthers’ first-team offensive scored twice, with new quarterback Justin Rogers tossing touchdown passes to Robert McKnight and Terrace Marshall.
Parkway allowed just one touchdown against West Monroe’s first-team run-oriented offense.
Haughton’s Cameron Townsend passed to tight end Harrison Voigt for a touchdown in the Bucs’ scrimmage at North DeSoto. The Haughton first-team defense held the Griffins out of the end zone.
Each team’s first units got just one series in before heavy rain cut short the action.
Plain Dealing amassed about 300 yards in a three-way scrimmage against North Caddo and Fair Park at Independence Stadium.
Matt Sullivan threw touchdown passes to Keldrick Carper and Derreon Washington of 60 and 65 yards, respectively. Meiko Ford scored on a 70-yard run.
Each first team got 24 plays on offense.