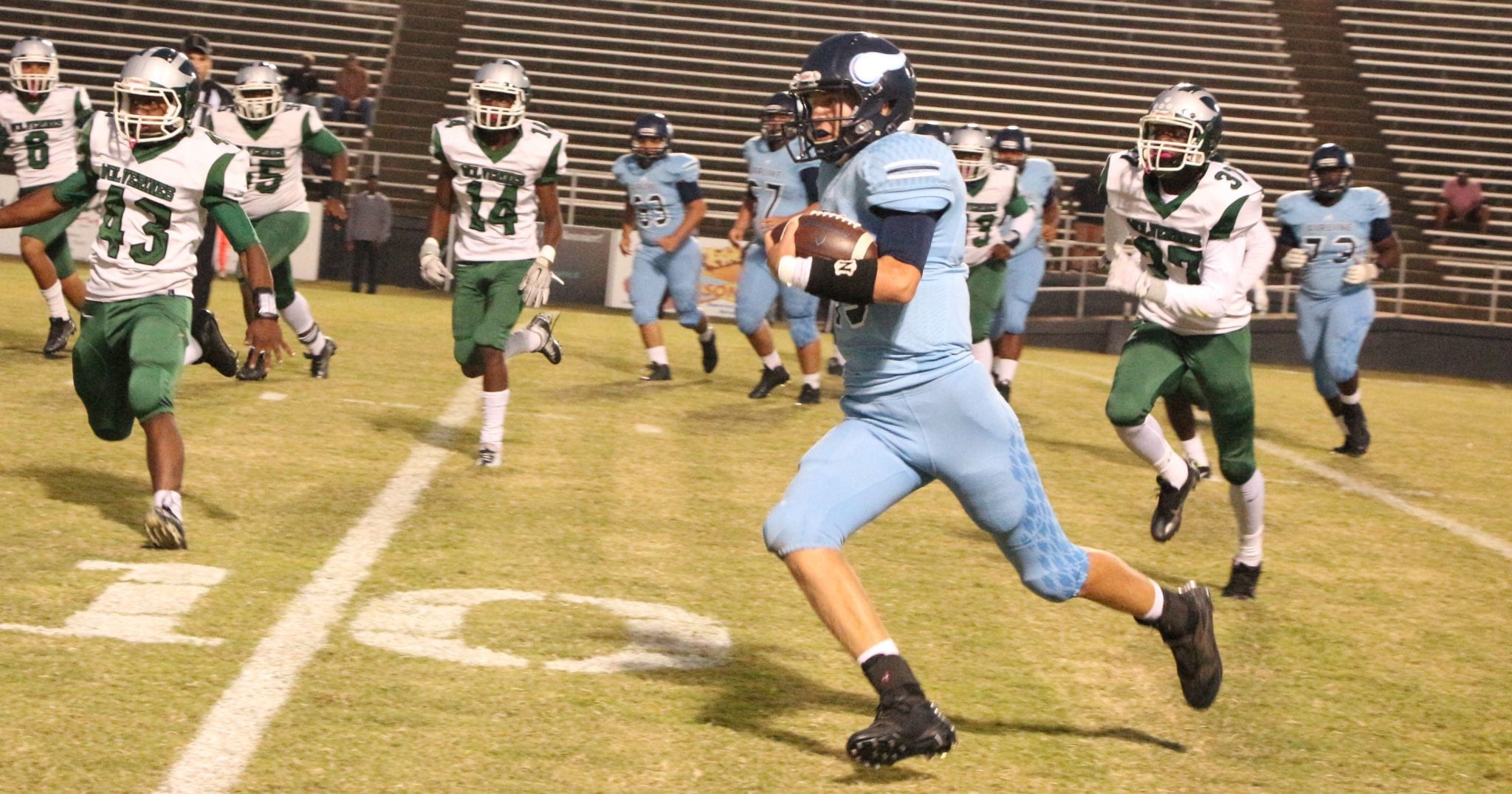 The first week of the second half of the high school football regular season wasn’t Bossier Parish teams’ best.
It was by no means all bad, though.
The Bossier Bearkats celebrated their first district victory in two years, defeating Northwood 41-33 on homecoming night at Memorial Stadium.
The Airline Vikings posted their third straight shutout, knocking off Mansfield 44-0 in another homecoming game.
The Parkway Panthers routed Captain Shreve 49-23 in a District 1-5A game at Lee Hedges Stadium.
On the flip side, despite putting up some impressive offensive numbers, the Benton Tigers fell to Minden 42-28 in a District 1-4A battle of unbeatens in Minden.
Regular readers of this column will recall me saying on more than one occasion that I thought Byrd would be a good football team before the season was over.
Well, the Yellow Jackets defeated another good team, the Haughton Buccaneers, 27-14 in a District 1-5A game at Haughton for their first win of the season.
The Bucs (4-2, 1-1) will have to shake that loss off quickly. They visit Airline (5-1, 2-0) Friday in the first matchup between parish teams since Haughton hosted Plain Dealing in Week 1.
The game is a big one and not just because of the parish rivalry. The winner will get a boost in the power ratings that determine playoff participants and seedings.
Also, the 1-5A title is still up for grabs even though Evangel appears to be the clear favorite.
Both teams’ defenses have been playing well. Last week, Haughton’s offense struggled for the first time this season. The Bucs had to play most of the game without playmaker Josh Lister, who was ejected in the first quarter.
Airline got senior running back Brian Fielding back last week. He and Cameron Davis make a good 1-2 punch. Sophomore quarterback Brad Fream continues to improve.
The game will likely come down to which team’s offense can make a dent in the other’s defense. Special teams could also be a factor. And between evenly matched teams, turnovers almost always play a role.
It should be a low-scoring game that goes down to the wire.
Elsewhere Friday, Parkway (5-1) plays District 1-3A’s Booker T. Washington (3-3) in its homecoming game. In yet another homecoming game, Benton (5-1, 2-1 1-4A) faces Fair Park (1-5, 1-2). Bossier (3-3, 1-2) visits 1-4A co-leader Minden (6-0, 3-0).
Thursday, Plain Dealing (3-3, 1-1) is at Ringgold (2-4, 0-3) in District 1-1A.
Parkway got a big game from junior running back Eric “EJ” Williams in the win over Shreve. Williams rushed for 126 yards and had two impressive touchdown runs.
Quarterback Justin Rogers, receiver Terrace Marshall Jr. and running back/receiver Robert McKnight continued their impressive seasons.
After a somewhat shaky start, the defense shut the Gators down.
BTW has been up and down this season. The Lions had won two straight before losing to North Webster 47-24 last week.
They haven’t played anyone like Parkway yet. The Panthers will roll.
Benton defeated Fair Park twice last year, but both games were competitive, especially the Tigers’ 17-14 victory in the first round of the playoffs.
I look for Benton to bounce back in a big way and win decisively.
Led by a 315-yard passing performance by Garrett Hable, the Tigers rolled up 448 total yards against Minden. Doyle Adams Jr. Had 15 catches for 98 yards. John Westmoreland had five for 83.
Minden’s big plays were the difference with the biggest being an interception return that resulted in a 14-point swing near the end of the first half.
Benton had an 11-game district streak end. Minden was also the last 1-4A team to defeat the Tigers, 25-24, in overtime in 2014.
That year Benton, Minden and North DeSoto wound up sharing the district title.
Bossier built a 28-0 lead against Northwood, but the Bearkats had to hold off a furious Northwood rally. The game wasn’t decided until the final play when Reginald Burns intercepted a pass at the goalline.
Senior quarterback Keimun Daniels accounted for five TDs, three rushing and two passing.
The Bearkats, which have several two-way players, will find the going tougher against Minden. Bossier may hang with the Tide early, but Minden simply has too much talent and depth for the Bearkats to overcome.
An interception also was a key factor in Plain Dealing’s 22-12 loss to Lincoln Prep last week. Down by two, the Lions were on the verge of scoring the go-ahead touchdown in the fourth quarter. But Lincoln Prep intercepted a pass and then sealed the game with a touchdown and conversion.
Coach James Thurmans team had mostly avoided key injuries until last week. Two-way starters Derreon Washington and Jarvis Johnson both had to leave the game in the first quarter.
Plain Dealing has dominated the series with Ringgold, which has lost four straight. Despite the injuries, I look for that to continue Thursday.