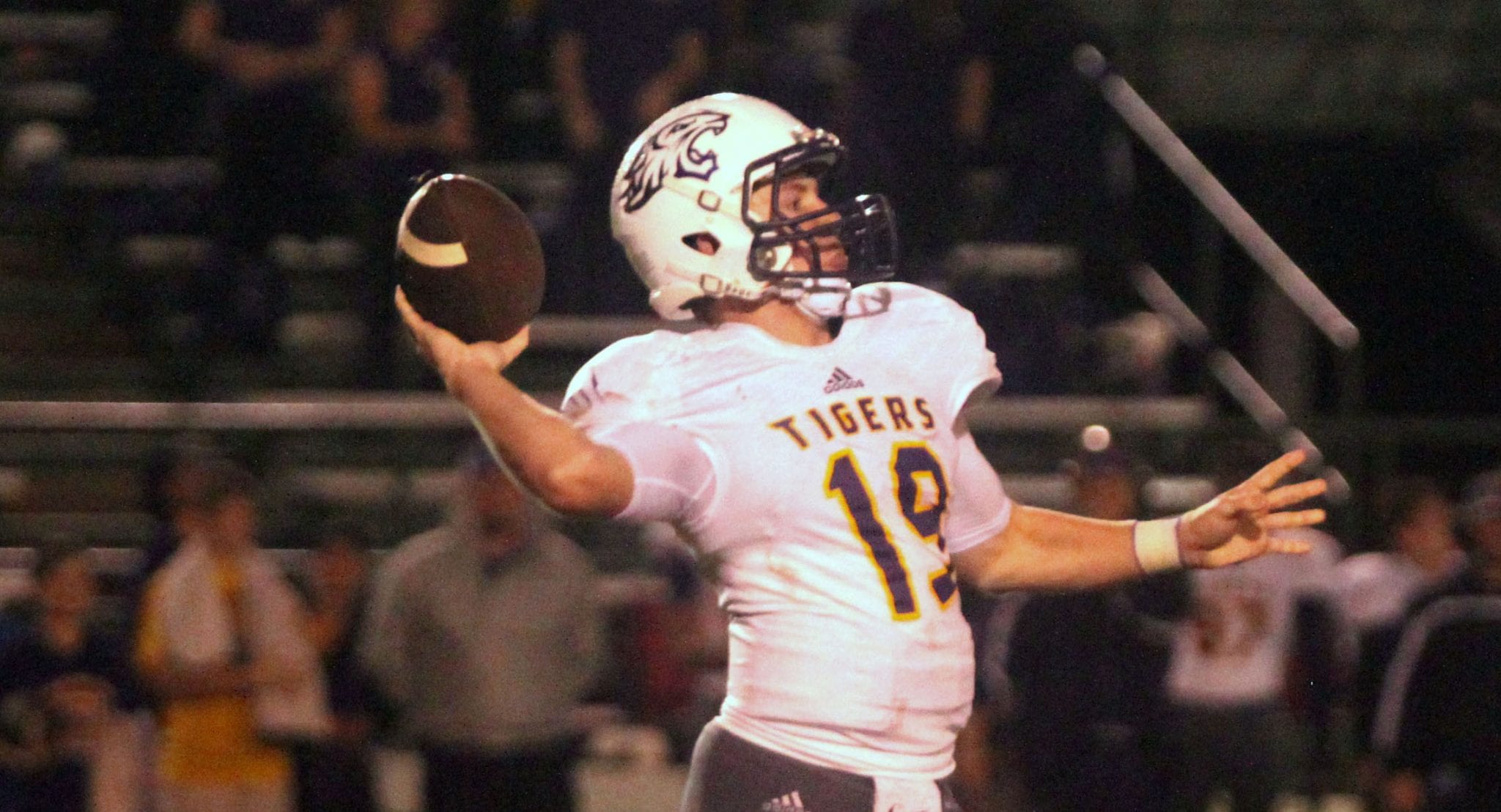 The Benton Tigers and the Parkway Panthers finished memorable 2015 regular-season campaigns last week by winning district championships.
The Tigers completed a perfect 7-0 run in District 1-4A with a 34-6 victory over Bossier.
The Panthers earned a share of the District 1-5A title with a 28-0 victory over Airline. Parkway, Byrd and Evangel tied for first with 5-1 district marks.
The Panthers went into the Airline game knowing they had a chance at a co-championship after Byrd defeated Evangel on Thursday. Evangel is the only team to defeat Parkway this season.
Benton and Parkway both went into this season with question marks.
The Tigers lost about a half dozen three-year starters off a dominating defense that led them to a share of the 2014 district title.
But the Benton offense stepped up this season and averaged close to 40 points per game, about double what the Tigers averaged last season.
Quarterback Garrett Hable, running back Jermaine Newton, receivers Doyle Adams Jr., John Westmoreland, Clayton Festavan, Ian McEntee and Collin Milton along with an offensive line that got better every week made things difficult for opposing defenses.
The defense came up with stops when it had to and made some big plays. Probably the biggest was a fumble return by Jake Norris for the go-ahead touchdown against Minden in the final minute. The Crimson Tide finished runner-up, losing only to Benton.
Parkway lost almost all of its offensive backfield off a team that went 8-2 last year. Only quarterback Keondre Wudtee, the Offensive MVP on the 2014 All-Parish team, returned.
Wudtee and the offense barely lost a step. Standout defensive back CJ Morgan switched to offense and as expected became a big-play back.
Parkway also got contributions from newcomers Deonte’ Hawkins, Terrace Marshall and Robert McKnight.
The defense turned into a dominating force the second half of the season, allowing just one touchdown in the final six games.
Both Benton and Parkway finished the regular-season 9-1, winning one more game than last season — something few would have predicted.
And now it’s on to the playoffs with five parish teams playing first-round games Friday.
Benton, the No. 4 seed in Class 4A, hosts 1-4A foe Fair Park, the No. 29 seed, in a rematch of a Week 7 game won by the Tigers 42-22. That score is deceptive, though. The Tigers trailed 22-20 going into the fourth quarter.
In Class 5A games, No. 6 seed Parkway hosts No. 27 Natchitoches Central (5-5), No. 16 seed Airline (7-3) hosts No. 17 Ponchatoula (7-3) and No. 19 Haughton (6-4) travels to Lake Charles for a matchup with No. 14 Barbe (6-3).
In Class 1A, No. 17 seed Plain Dealing (3-7) visits No. 16 Oberlin (4-6).
The way I see it, all five parish teams have a good shot at advancing.
Parkway and Benton are clear favorites. Yes, the Tigers didn’t have an easy time against Fair Park last time. But the Indians are struggling and were soundly defeated in their final two regular-season games.
Airline is coming off a poor performance against Parkway. But if the Vikings offense can go back to the way it played against Byrd in Week 9 Airline will be hard to beat.
Despite losing four of its last five games, Haughton played well against some tough competition. Barbe quarterback Gavin Nettles passed for more than 2,000 yards in nine games, so the Bucs will obviously have to play good pass defense.
Barbe is a good team, but Haughton has played a district schedule that included four teams just as good or better.
Plain Dealing almost beat a six-win Arcadia team last week despite being able to dress out only 18 players, including several eighth-graders, because of injuries.
If standout junior Keldrick Carper can continue to make big plays and the Lions’ conditioning holds up, Plain Dealing could come out on top.