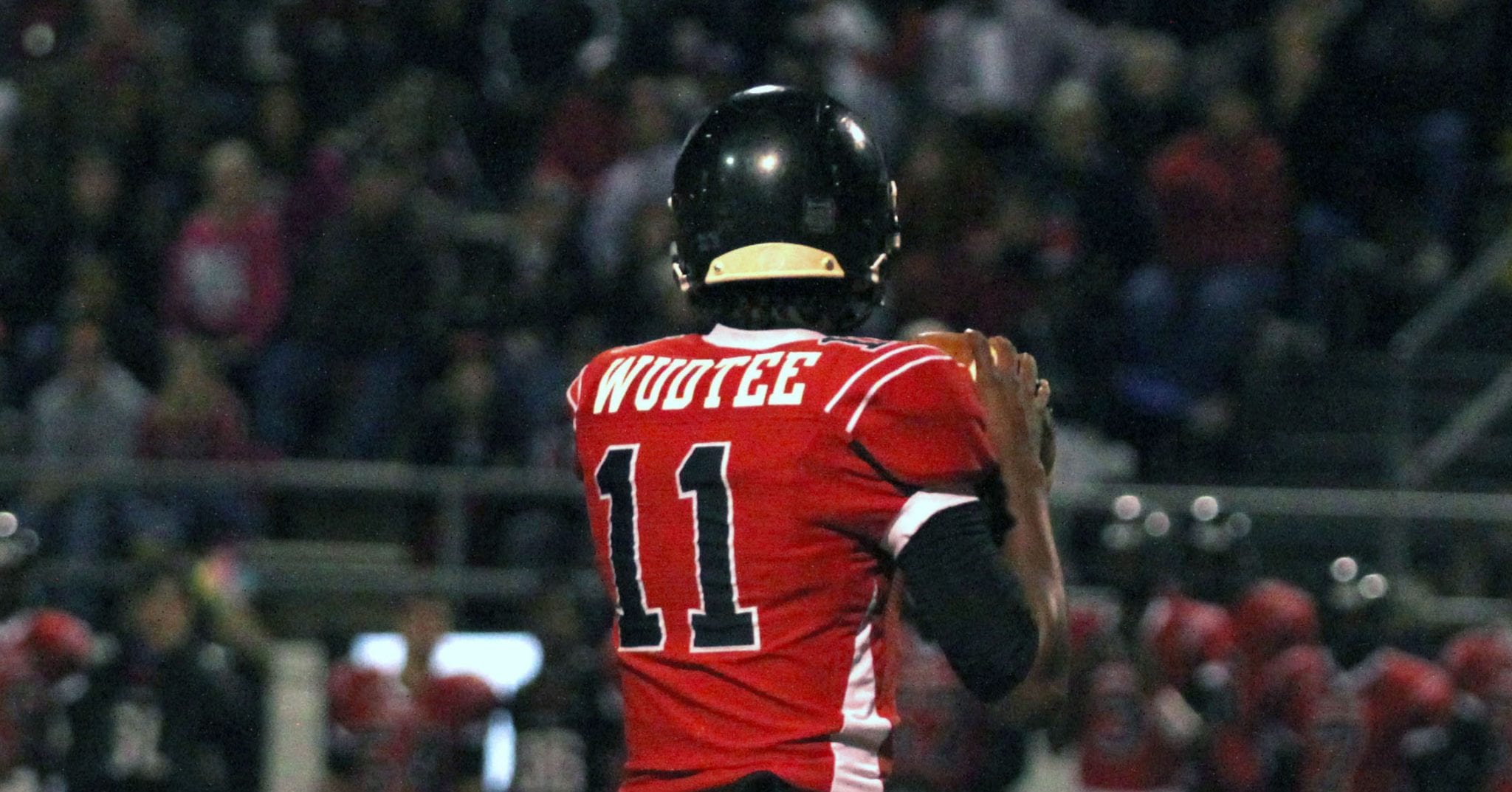 The Parkway Panthers and Benton Tigers are the only Bossier Parish teams left standing after the first round of the LHSAA state football playoffs.
The Panthers routed Natchitoches Central 46-14 in a Class 5A first- round game last week at Preston Crownover Stadium.
Parkway (10-1), the No. 6 seed, hosts two-time defending state champion Acadiana (9-2), the No. 11 seed, in the second round at 7 p.m. Friday.
The game is a rematch of the 2013 state championship game. The Wreckin’ Rams veer option offense ran all over the Panthers in a 77-41 victory.
Benton, the No. 4 seed in Class 4A, avoided a big upset. The Tigers rallied for a 17-14 victory over district foe and No. 29 seed Fair Park 17-14.
Sophomore Brooks Cram provided the winning margin with a 31-yard field goal with 9 seconds left.
Benton (10-1) will take a nine-game winning streak into Friday’s 7 p.m. second-round game against No, 13 McDonogh 35 (9-2) at Tiger Stadium.
Nobody should be fooled by Acadiana’s No. 11 seeding. Last year, the Wreckin’ Rams were seeded No. 15 and went on to win the title.
Acadiana still runs the option and runs it well. The Wreckin’ Rams rolled up 303 yards on the ground in a 55-7 victory over Central Lafourche last week. The Parkway defense is playing well and head coach David Feaster believes it is better equipped to have success against an offense like Acadiana’s than in past seasons.
But I would be very surprised if this is a low-scoring game.
District 3-5A champion Acadiana has won seven straight since losing to Carencro 24-21 in Week 3.
McDonogh 35 defeated Benton’s District 1-4A rival Woodlawn 26-6 in the first round. Benton defeated Woodlawn 34-30 in Week 8.
McDonogh 35 finished third in tough District 9-4A which features powers Edna Karr and Warren Easton, the only teams to defeat the Roneagles.
Darius May rushed for 193 yards on 18 carries against Woodlawn.
The Benton defense gave up a couple of long runs last week but played well otherwise. The Tigers had their lowest scoring output of the season. It was the first time Benton failed to score at least four touchdowns.
Even though McDonogh 35 is obviously the better team, the Tigers are probably glad they don’t have to play Woodlawn again. It’s not easy facing district foes you’ve already beaten in the playoffs.
If Benton’s offense can get it going again and the defense can continue to get stops and maybe force a few turnovers, the Tigers should be right there at the end.
Last week in this space, I said I thought all five parish teams in the playoffs had a good shot at advancing.
I was right.
Airline’s Class 5A first-round game against Ponchatoula was close all the way. Trailing 21-17 with 47 seconds left and with no time outs remaining, the Vikings drove to the Green Wave 25 with 9 seconds on the clock.
Thomas McKain completed a quick sideline pass inside the 20 that stopped the clock with 4 seconds left. But a holding penalty moved the Vikings back and a Hail Mary on the final play never really had a chance.
The game was the final one for a group of seniors that brought a lot of excitement to Viking Drive with a 7-0 start. Among those were Colton Prater, a three-year starter at offensive tackle, and running back Shun’Cee Thomas, a two-year starter who went over 1,000 yards rushing on the season.
Airline finished 7-4, losing its final three games to teams that are still playing — Evangel, Byrd and Parkway.
Haughton led Barbe 27-12 going into the fourth quarter in its 5A first-round game in Lake Charles, but Barbe rallied for a 33-27 victory.
The game was the final one for head coach Rodney Guin, who finished 126-57 in 16 seasons. He leaves as the winningest coach in school history.
His final team finished 6-5.
Plain Dealing’s first season under head coach James Thurman ended with a 32-18 road loss to Oberlin in a Class 1A first-round game.
The Lions’ already small roster was made even smaller by some injuries in the second half of the season.
Plain Dealing finished 3-8.