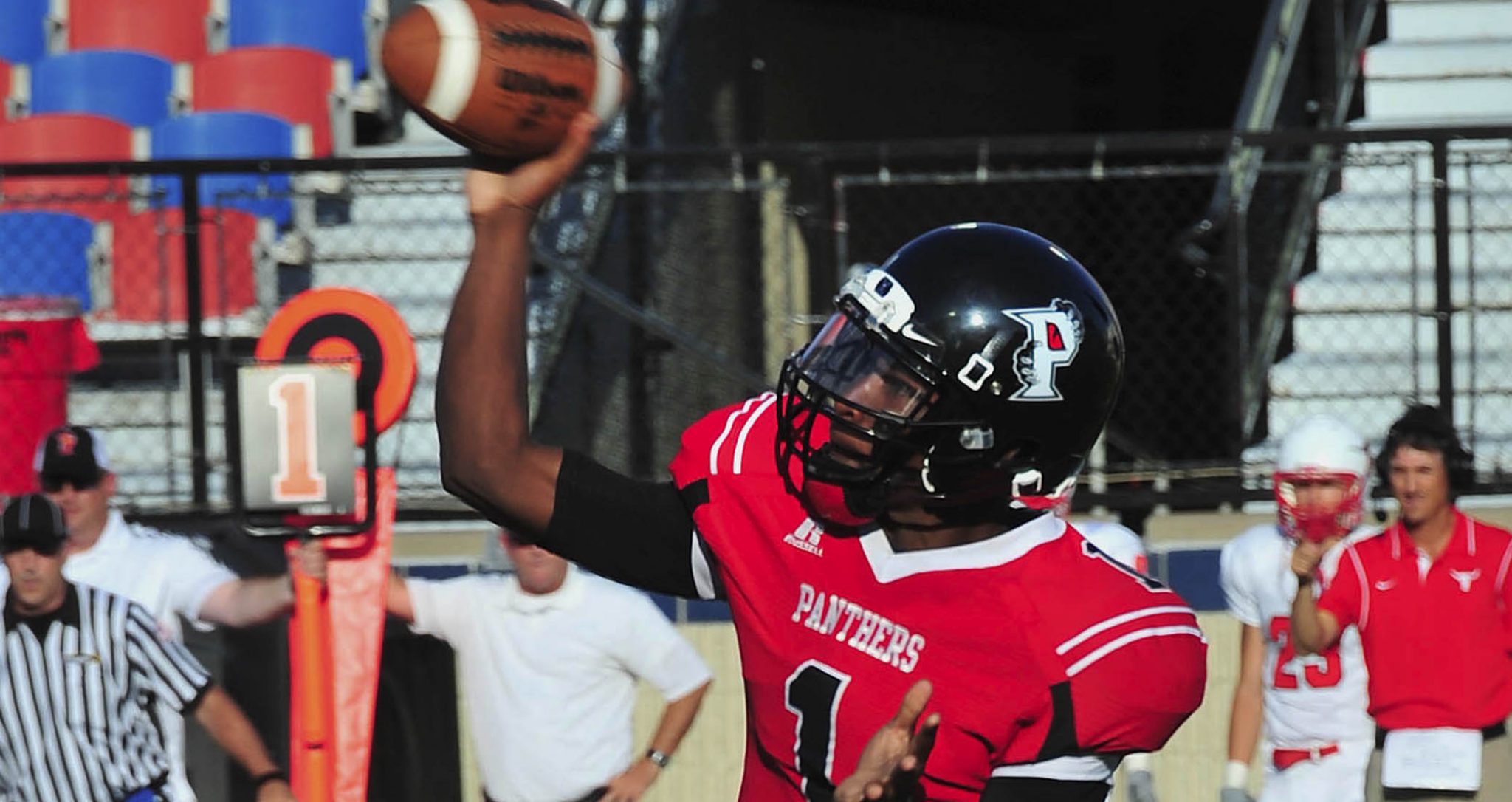 Saturday night’s SEC clash between the LSU Tigers and Mississippi State Bulldogs in Starkville has special meaning for Bossier Parish.
I’m not 100 percent sure, but I’d be willing to bet it’s the first time two quarterbacks from parish high schools have faced off in an SEC game as starters.
Mississippi State fifth-year senior Dak Prescott is a former Haughton standout. LSU sophomore Brandon Harris is a former Parkway star.
Both started for two years and led their teams to undefeated regular seasons in their senior campaigns.
In 2010, Prescott led Haughton to a 12-1 record. The Bucs lost to a Franklinton team led by future LSU standout Terrance Magee at quarterback 49-41 in the Class 4A quarterfinals. Franklinton went on to win the state title.
In 2013, Harris led Parkway to the Class 5A state championship game. The Panthers were forced to play all their playoff games on the road because of LHSAA sanctions.
Parkway became the first Bossier Parish school to make it to the Superdome. The Panthers lost to Acadiana 77-41, finishing 13-1.
That’s where the similarities end.


Prescott has been a contributor at Mississippi State since his redshirt freshman season. He became the starter last season, putting his name in the Heisman Trophy conversation and leading the Bulldogs to a No. 1 national ranking at midseason.
He was named the preseason All-SEC quarterback.
In his first game of the 2015 season Saturday night, Prescott accounted for 309 total yards and three touchdowns. He passed for 237 yards and led the Bulldogs in rushing with 72 in a 34-16 victory over Southern Miss.
Harris made just his second start Saturday night against McNeese State in Tiger Stadium.
However, he played only one series before the game was suspended and eventually cancelled because of lightning from storms that lingered in the Baton Rouge area for several hours.
Harris started one game as a freshman, a 41-7 loss to Auburn. Harris earned that start after coming off the bench to lead the Tigers to a rout of a weak New Mexico State team. Before that, he came off the bench and almost rallied LSU to what would’ve been a miraculous victory over Mississippi State. Prescott played brilliantly in that game, passing for 268 yards and rushing for 105.
But Anthony Jennings returned as the LSU starter after the Auburn game and Harris played sparingly the rest of the season. He beat out Jennings for the starting job this season during preseason practice.
I remember the first time I saw both players.
I was in Natchitoches for an event with my dad, Coach Lee Hedges, that was part of the activities surrounding his induction into the Louisiana Sports Hall of Fame when I first saw Prescott.
It was a few weeks before I started working at The Press-Tribune in 2010.
I remember my dad remarking about what a good-looking athlete the 6-foot-2 Prescott was and how well he threw the ball.
I have two vivid memories of Prescott’s senior season.
The first was the Bucs’ 27-21 victory over Parkway before an overflow crowd at Preston Crownover Stadium. Both teams came into the game 9-0.
Prescott had injured his knee the previous week against Bossier and there was some question whether he was going to be able to play at all. One of Prescott’s strengths was, and still is, his ability to run. He couldn’t do that against Parkway, but he managed to complete 21 of 43 passes for 366 yards and three touchdowns.
The second was the quarterfinal game against Franklinton. Because of the knee injury, Prescott couldn’t run in the first two playoff games, but he gutted them out and led Haughton to victories with his arm.
Against Franklinton, he was finally able to run. His running and passing helped Haughton build a two-touchdown lead in the third quarter. But Magee rallied Franklinton to the victory. Prescott passed for 376 yards and five touchdowns.
I first saw Harris the same year. He was a skinny quarterback on the Parkway freshman team, playing organized football for the first time.
Harris led the Panthers to a 12-6 victory over Captain Shreve in the season opener. The group of players that came from Elm Grove hadn’t won a game as seventh- and eighth-graders.
Harris did most of his damage as a freshman running the ball. He wasn’t really able to showcase his arm until JV ball as a sophomore and his two years as a starter with the varsity.
In 2012 and 2013, I stood on the sideline at many a Parkway game and marveled at the strength of Harris’ arm and accuracy of his throws.
He was usually on the bench by the end of the third quarter because of Parkway routs.
Harris was always friendly with a gregarious personality. He would often come up and talk to me and BPT photographer Jere Grice at freshman and JV football games and varsity basketball games.
Prescott was friendly, too, but a bit more reserved. He was a man of few words in interviews but perhaps that was my fault for not asking right questions.
At Haughton’s football camp last summer, Prescott showed off an outgoing personality. He interacted with the kids well and seemed to enjoy himself. In recent interviews I’ve seen, he’s given thoughtful and expansive answers.
It’s little wonder he’s a very popular man in Starkville.
He’s gone through some tough times, too. The toughest, of course, was losing his mother to cancer.
There was also an incident in the spring where he and two teammates were attacked by a group of men after being recognized near a Florida beach.
Harris has often talked about his admiration of Prescott.
Only one player can come out victorious Saturday. Both are deserving of success.
I will be watching and rooting for both of them.

Editor’s note: This column has been revised from the original version posted on Sept. 8 and in the Sept. 9 edition of The Press-Tribune.