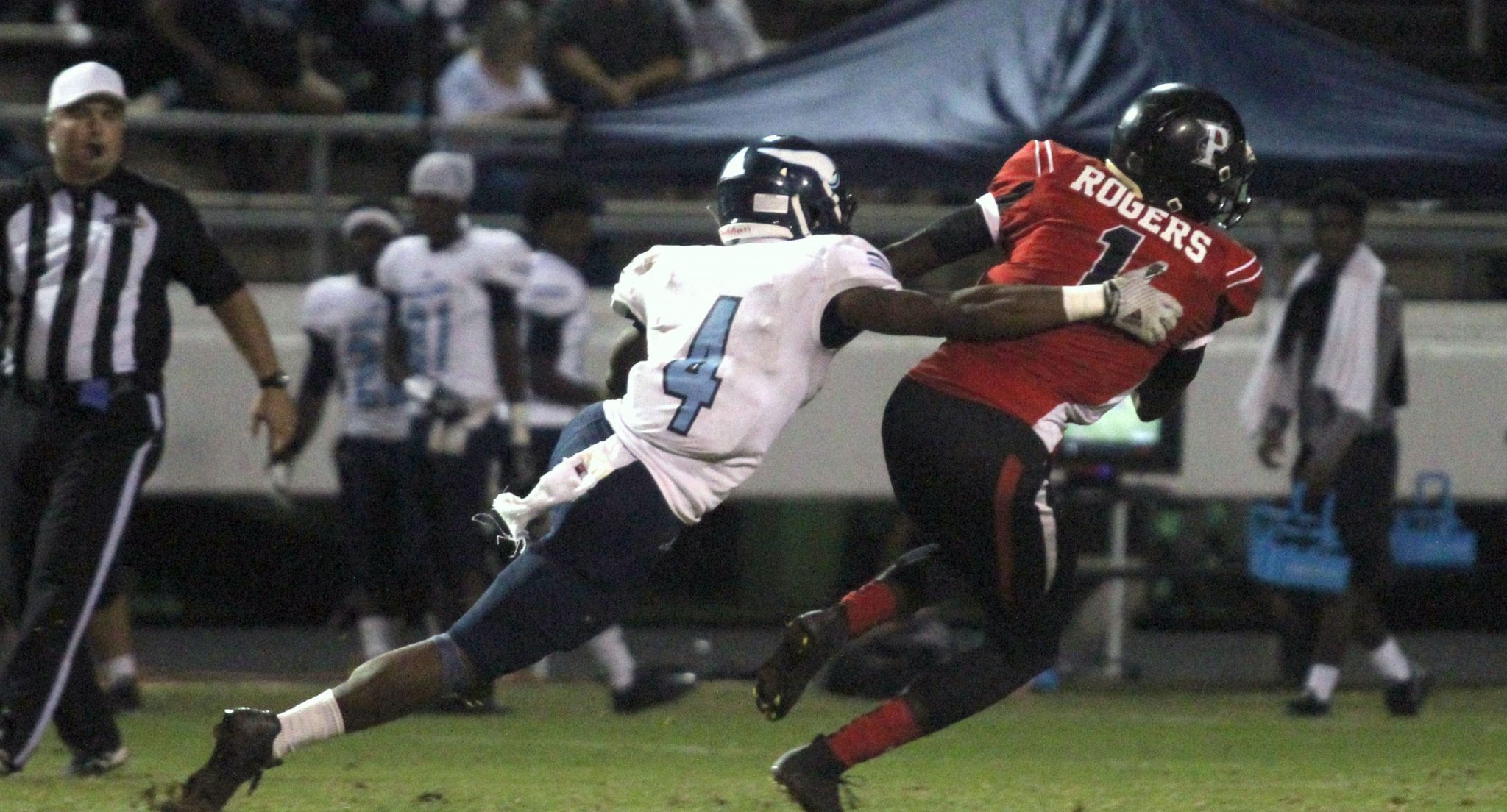 Five Bossier Parish teams begin their quests for state high school football championships Friday night as the playoffs begin.
In Class 5A, District 1 runner-up Parkway (9-1), the No. 4 seed, faces No. 29 Captain Shreve (5-5) in a District 1-5A rematch at Preston Crownover Stadium.
Airline (6-4), the No. 12 seed, visits No. 21 Sulphur (7-3). Haughton, the No. 24 seed, (5-5) travels to New Orleans to play No. 9 John Ehret (8-2).
Bossier (4-6) finished No. 35 in the Class 4A power rankings. The top 32 teams made the playoffs.
It’s now been 39 years since a Bossier Parish public school won a state football. A Haughton team coached by the late Bobby Ray McHalffey defeated Vandebilt Catholic 31-0 for the Class 3A state title.
Airline was the last Bossier City team to win a state championship, taking the 1967 Class 4A title.
Parkway came close in 2013, reaching the Class 5A finals before losing to Acadiana 77-41 in the first year of the public/private school split.
That was the last time the Panthers faced Captain Shreve in the first round.
After a slow start, Parkway defeated Shreve 46-23 in Week 6. The Panthers will be facing a Gators team coming off a 24-22 loss to Haughton on a field goal on the game’s final play.
Shreve started the season 4-0 but has only beaten Southwood since. The Gators, however, played well in a loss to Loyola in Week 9 and last week.
Still, Parkway is a big favorite and should advance.
I wouldn’t be shocked if all five parish teams advance.
Haughton probably has the toughest chore. The Bucs have to travel 300 miles to New Orleans.
Ehret finished second in District 8-5A to Landy-Walker. The Patriots have won four straight since losing to Landry-Walker 46-18 in Week 6.
Ehret’s only other loss was to undefeated and top-seeded Destrehan 21-7 in Week 2.
Haughton is coming of the emotional high of the Captain Shreve victory.
The game looked lost when Will Adcock’s 47-yard field goal gave the Gators a 22-21 lead with 12 seconds left.
But Shreve was flagged for excessive celebration and delay of game. The Gators kicked off from the 20 and Emile Cola returned it to the Shreve 28 with 5 seconds left.
Nico Broadway then kicked a 44-yard field goal on the game’s final play to win it.
If Haughton can take some of that momentum and emotion to New Orleans, the Bucs will have a chance.
Airline fell to Parkway 55-38 last week after leading 17-0 early.
Like every other team except Evangel, the Airline defense had trouble slowing down Parkway.
But the Vikings looked sharp on offense. Senior Brian Fielding returned from injury and looked good. Running back Cameron Davis continued to perform well.
Sophomore quarterback Brad Fream looked very comfortable.
Sulphur shared the District 3-5A championship with Acadiana and Barbe. The Tors actually lost to Acadiana but the Wreckin’ Rams had to forfeit after school officials reported an ineligible player to the LHSAA.
Sulphur also had to forfeit its Week 2 win over Washington-Marion after self-reporting an ineligible player.
The Tors can put points on the board, scoring at least 42 in three of their last four games. The exception was a 38-24 loss to Barbe in Week 9.
If the offense performs like it did against Parkway and the defense plays like it has most of the season, the Vikings could come home with a victory.
Ellender will be traveling about 330 miles from Houma to face Benton. The Patriots finished in a three-way tied for third in District 7-4A at 2-3.
Benton’s defense will face a challenge. Ellender has scored at least 40 points in four of its last six games. The Patriots have given up some points, too, including last week’s 53-28 loss to district runner-up Vandebilt Catholic.
I look for Benton’s offense to have a big game with the Tigers advancing.
Plain Dealing’s opponent is also making a long journey. South Cameron is located near the Gulf coast, about 230 miles due south.
The Tarpons finished fifth in District 4-1A. South Cameron closed the regular season with a 54-24 victory over Hamilton Christian a week after falling to district champion Oberlin 52-21.
Plain Dealing fell to District 1-1A runner-up Arcadia 32-0 last week.
After a 3-1 start, the Lions have lost six of seven, including three in a row.
But they’ve been competitive and have a very good shot of reaching the second round with a solid performance Friday.