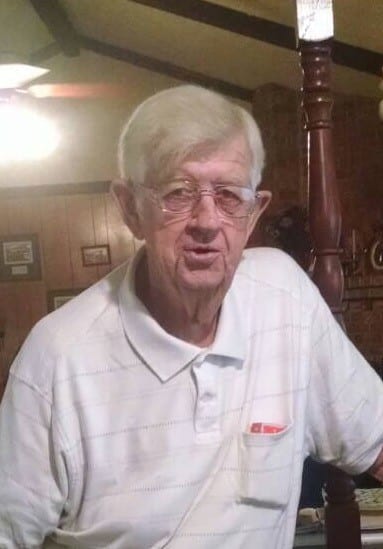 Mr. Dennis graduated from McAdory High School in McCalla, Alabama. He served in the United States Army and was stationed in South Korea. He married Marcia Sandra Stone in 1959 and had three children. He had a career as a salesman for the Southern Pacific Railroad, retiring in 1991. He, his wife and family lived in Bessemer, Alabama, St. Louis, Missouri, Texarkana, Texas, and Haughton, Louisiana.

He loved God, enjoyed his family, fishing, bowling, golfing, and spent many joyful years watching his children and grandchildren grow up to have families of their own. His eldest daughter, Karen, lovingly cared for him in his later years. He had many lifelong and special friends that meant the world to him. Tina Lanfranc and Bill Greer were very special friends. His neighbors in Haughton have been wonderful to him.

He was proceeded in death by his loving wife Sandra, his parents, F.L. and Bessie Lee Dennis, and his brothers, Albert and Wesley. He is survived by his three children, Karen Chelette of Haughton, Jay (Christie) Dennis of Madison, Alabama, and Angie (Bart) Rumsey of Denham Springs, Louisiana, three grandchildren, Brandi Reams, Megan Rumsey, and Jackson Dennis, and great grandchildren, Lane Bourque and Nate Landry.

Flowers may be sent to Hill Crest Memorial (601 US-80 East, Haughton, LA 71037), or contributions, in Mr. Dennis’ Honor, be made to the Alzheimer’s Association at: www.Alz.org.