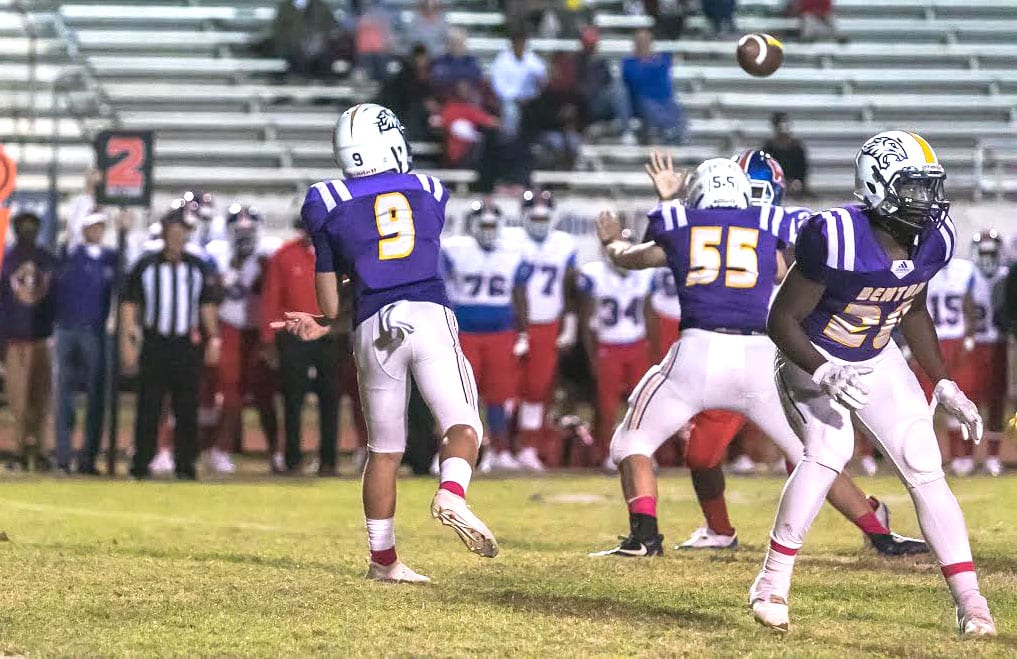 Two Bossier Parish schools will compete in new classes under the LHSAA’s two-year reclassification plan, which goes into effect next school year.
Benton is moving up from Class 4A to 5A and will be in District 1 with Airline, Byrd, Captain Shreve, Haughton, Natchitoches Central, Parkway and Southwood.
Bossier is moving down from Class 4A to 3A and will be in District 1 with Green Oaks, Loyola College Prep, Mansfield and North Webster.
Plain Dealing will remain in District 1-1A, which will increase from six to eight teams. In addition to Plain Dealing, it will include Calvary Baptist, Haynesville, Homer, Lincoln Prep, Magnolia School of Excellence and Ringgold.
The final plan was approved by the LHSAA administration at the second classification meeting in Baton Rouge on Nov. 19.
Principals will have a final chance to appeal their school’s placement to the LHSAA’s Executive Committee on Thursday. The Executive Committee will then be able to certify the new plan and schools can begin scheduling games for the 2019-20 school year.
The plans for District 1-5A and 1-3A have remained the same since the beginning of the reclassification process and aren’t expected to change.
Besides the addition of Benton, the biggest change in District 1-5A is Evangel Christian Academy’s move down to 1-4A.
That will have its biggest impact in football. Since moving up to 1-5A in 2015, the Eagles have won four straight district titles.
Their only district loss was to Byrd in 2015 when there was a three-way tie for first among Byrd, Evangel and Parkway.
Evangel has also had consistently strong softball and baseball teams.
Benton won the District 1-4A football title three of the last five seasons. The Tigers are the defending Class 4A state baseball champs and have won six straight district titles.
Benton will also bring a strong girls basketball program into the district. The Lady Tigers are the defending 1-4A champs and reached the semifinals last season.
Benton has also dominated 1-4A boys and girls track and field.
The addition of Benton and Natchitoches Central and the subtraction of Evangel gives the district nine schools, one more than the last four years.
Natchitoches Central has been a power in boys and girls basketball.
As usual, the LHSAA divided its member schools into seven classes based on enrollment figures on Oct. 1 of this year.
Class 5A has 69 schools, including one co-ed that doesn’t have football and four with girls only.
The smallest school in the district is Baton Rouge McKinley with 1,152. The largest is Dutchtown with 2,409.
Airline is 17th with 1,869, Parkway 50th with 1,295, Benton 54th with 1,267 and Haughton 55th with 1,258.
Bossier will be the 11th largest school in Class 3A with 621 students. The largest is Loranger with 656.
Bossier hasn’t had a problem competing in Class 4A in boys and girls basketball. The Bearkats won the boys state championship in 2016 and the girls have won 20 or more games two of the last three seasons.
But the Bearkats have had problems competing for district titles in other sports, especially football.
Regularly playing against teams with two and sometimes three times the number of players, Bossier won just two district games, both in 2016, in the last four years.
District 1-3A had just three teams the last two school years — North Webster, Loyola College Prep and Green Oaks.
The addition of Bossier and Mansfield, which is moving up from 1-2A, gives it five.
The changes in District 1-1A are the additions of Calvary Baptist and Magnolia and the subtraction of Jonesboro-Hodge.
Calvary moved down from District 1-2A and Jonesboro-Hodge moved up to that district. Magnolia is a new member of the LHSAA.
Haynesville has dominated the district in football for decades. But Calvary, whose head coach is former Haughton coach Rodney Guin, could give the Tors a new rival.
The Cavaliers dominated District 1-2A with their last district loss coming in 2012.
Calvary also has one of the strongest softball programs in the state, winning the Class 2A state championship in 2016 and the Division III title in 2017.
The Cavaliers also have a very good baseball program.